A six-year-old boy is cycling 100 miles in a month to raise money for an epilepsy charity that has helped his younger sister.

Harry Stratford has passed the halfway mark on his trusty bike, cycling in all weathers, and has smashed his initial £250 target, raising £1,347 so far for Young Epilepsy.

The Rickling CofE Primary School pupil, who lives in the village, helps care for sister Kitty, 5, who, at 11 months, started having seizures and has had to endure spells in and out of hospital ever since.

Their mum, Amy, said Harry was determined to do something to help and, as he enjoyed riding his bike so much, decided he would fundraise by setting himself a 100-mile (160km) challenge.

"He's always on his bike, and we've always talked to him about Kitty having epilepsy and this was his idea," she said. "He doesn't understand the enormity of raising over £1,000 and how much money that actually is, so he's pretty amazed.

"He's received so many lovely messages, letters in the post saying what a good brother he is and people have been clapping him as he rides past through the village."

Amy added: "He doesn't appreciate how helpful he is with Kitty – he gives her her medication and sits with her while she takes it. Obviously, we get it all ready, but she won't take it from us, only Harry.

"He's doing such a great job, and this challenge has really helped with his confidence, too, and he's really worked hard to do it."

With the wet winter taking its toll on off-road tracks, Harry has done a lot of his miles on the roads around Rickling to avoid the mud. And his efforts have inspired Kitty to learn to ride a bike.

"Harry's trying to do a small cycle before school, a longer one after school (weather permitting) and at the weekends doing two 4- to 5-mile rides each day. His trusty Giant ARX is really being put through its paces!" said his mum.

Kitty was diagnosed with generalised epilepsy a month before her first birthday and it is unknown at this stage whether she will grow out of it. Every four to five months she suffers a seizure, but it was October when she had the last one – the longest period she has gone without one, said Amy.

"It's sad for Harry because a relapse is a big deal. We have to send for an ambulance and he sees her being carried away in the ambulance or having seizures in A&E. He's been through the mill with it too."

Young Epilepsy, the UK charity dedicated to improving the lives of sufferers and supporting their families, has sent Harry a banner and T-shirt for his efforts.

Amy said: "They offer support to the whole family, which is really important to us. They're amazing, educating parents about epilepsy and putting you in touch with support groups and its helpline. We've done online chats for support so we feel we're not the only ones going through it. They even reached out to us when Kitty was in hospital."

To donate to Harry's cause visit https://www.justgiving.com/fundraising/Harry-Stratford6?utm_source=Sharethis&utm_medium=fundraising&utm_content=Harry-Stratford6&utm_campaign=pfp-email&utm_term=e178408653a04087ba76e814c12742d1. 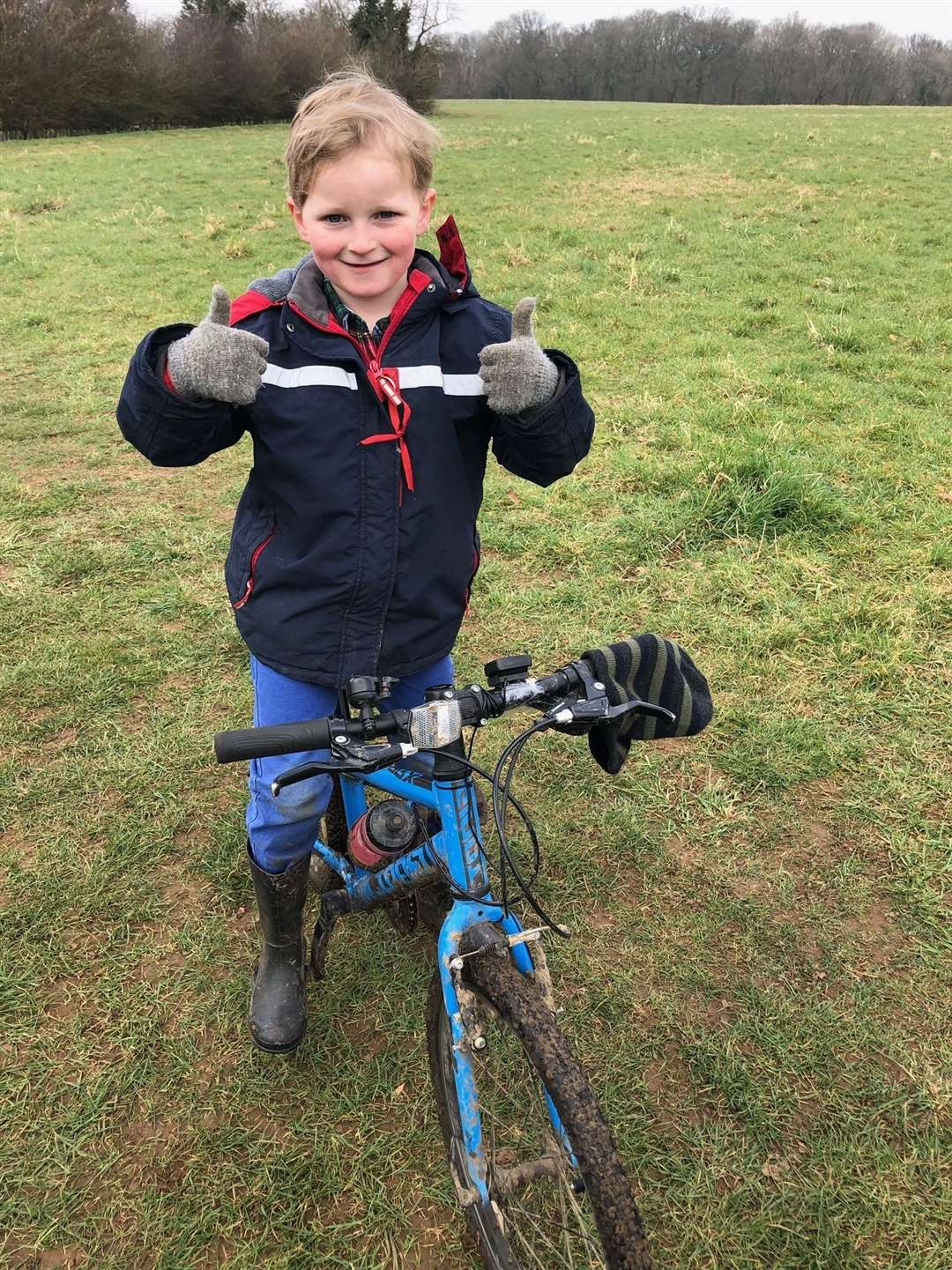