A romantic mystery from the Second World War has a son trying to connect Bishop's Stortford to an American soldier from the small Texas town of Tom Bean.

Jody Dean, who has spent his 30-year career working in Texan television and radio, is on a quest to find out what happened to "Olive" and why his adoptive father, Staff Sergeant James Edward Dean, had a photo of her.

Jody said: "My adoptive father, James, died in 1987. When I was sorting out his property, a look through his Army footlocker revealed a single photo and a tiny gold ring which resembled a wedding band. Over time the ring has disappeared, but the photos that were with the ring still remain."

The picture has the mark of Ernest Williams, a Bishop's Stortford photographer in the 1930s and '40s, and has the handwritten message 'Very best wishes, Olive'.

During the Second World War, James was stationed in England with the United States Army Air Corps' 384th Fighter Squadron, 364th Fighter Group. He arrived in England in August 1942 and departed in November 1945.

"Pop never spoke much of his time in the war, but he always talked of his love for all things British," said Jody. "It was my hope to take him to London before he died, but I wasn't able to make that happen. Maybe something here explains why his heart was always there."

The 364th Fighter Group flew 342 missions in P-38 Lightnings and P-51 Mustangs from Honington, Suffolk. These covered a swathe of land that took in France, Belgium, Holland and Germany.

Jody hopes to find the family of Olive, if it is too late to find Olive herself.

"After his return to Texas he married my Mom in 1949. He never spoke much of what he did during the war years, but he cherished the UK and always desired to return. 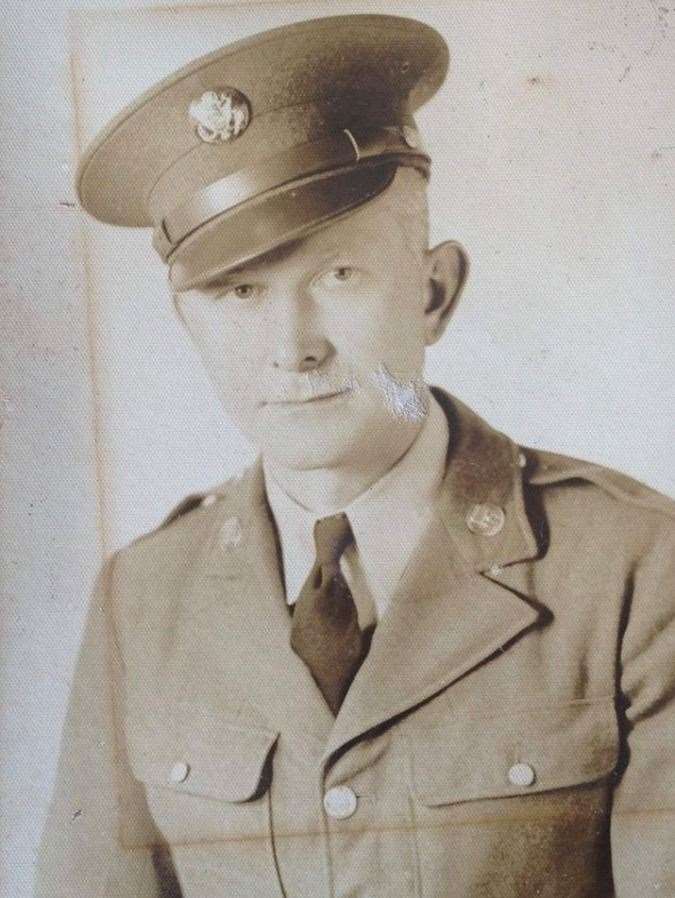 "I've long thought this a window into that time in his life and wondered if Olive or her family might appreciate the idea that a Yank far away forever carried her memory with him.

"She must have been very, very special – for that photo is the only evidence that there was ever anyone (and I mean anyone) besides the Texas girl he would marry years after returning home.

"I hope that people read this and show the picture to their older relatives, even if they're not called Olive. They might have been friends all those years ago and could help to solve this mystery."

If you have any information that might help Jody with this 75-year old mystery, please email david.james@stortfordindie.co.uk.