Lightning and torrential rain failed to deter two steeplejacks from putting a weathervane back onto the spire of Sawbridgeworth's parish church on Thursday (Aug 13).

The dynamic duo, from Harlow firm W Larkins Ltd, drew a crowd as they worked to return the old cockerel vane atop the Tudor tower of 13th-century Great St Mary's Church after it had snapped in a February storm, leaving it in a battered condition.

After being repaired and regilded, it was left to Jake Walton and Martin Hanks, from W Larkins, to put the weathercock back, despite the stormy conditions. The steeplejacks took the stairs to the top of the tower and then hoisted up ladders for their ascent of the spire.

The first part of the work involved a new stainless steel finial, or spike, which was measured up and made in the workshop in Harlow and brought to Sawbridgeworth, ready to receive the weathercock.

The bright gold cock was then slotted into place, and this was monitored and recorded by the company using a licensed drone.

Rev Debbie Hore, assistant minister at the grade I listed church in Church Lane, who blessed the weathervane before it was put back, gave thanks for those involved in its restoration and reinstallation.

A church spokesman said: "Throughout the five hours the team were working, there was a steady stream of onlookers who were awed by the skill and pluck of the steeplejacks as they did their work.

"There was another crowd of onlookers too. A group of starlings that had settled on the cross-members of the weathercock before the work, flew around and returned immediately afterwards to greet their new feathered friend." 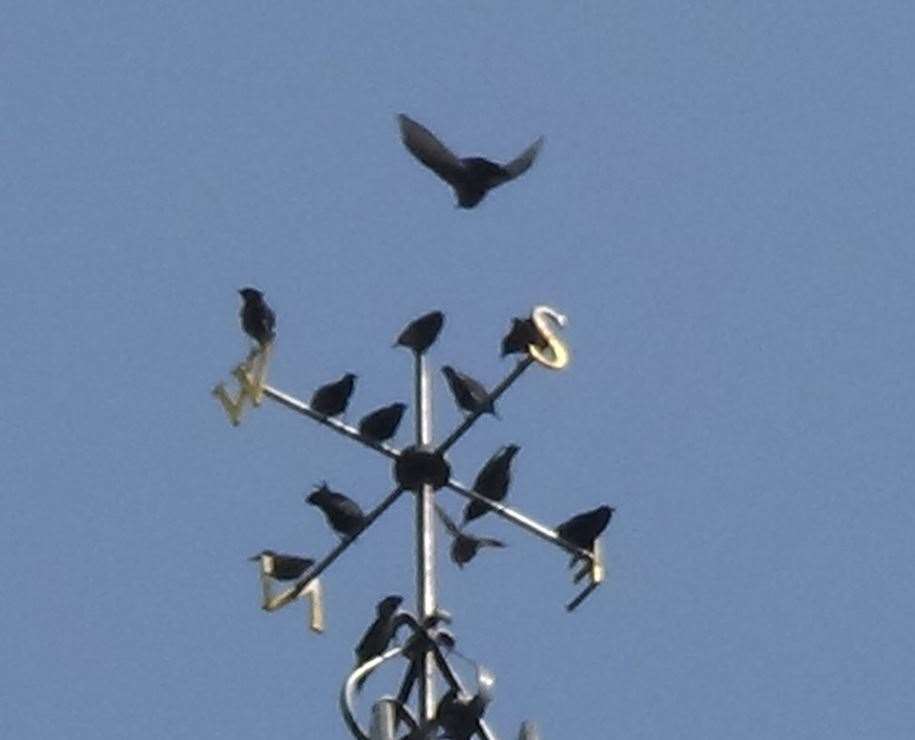 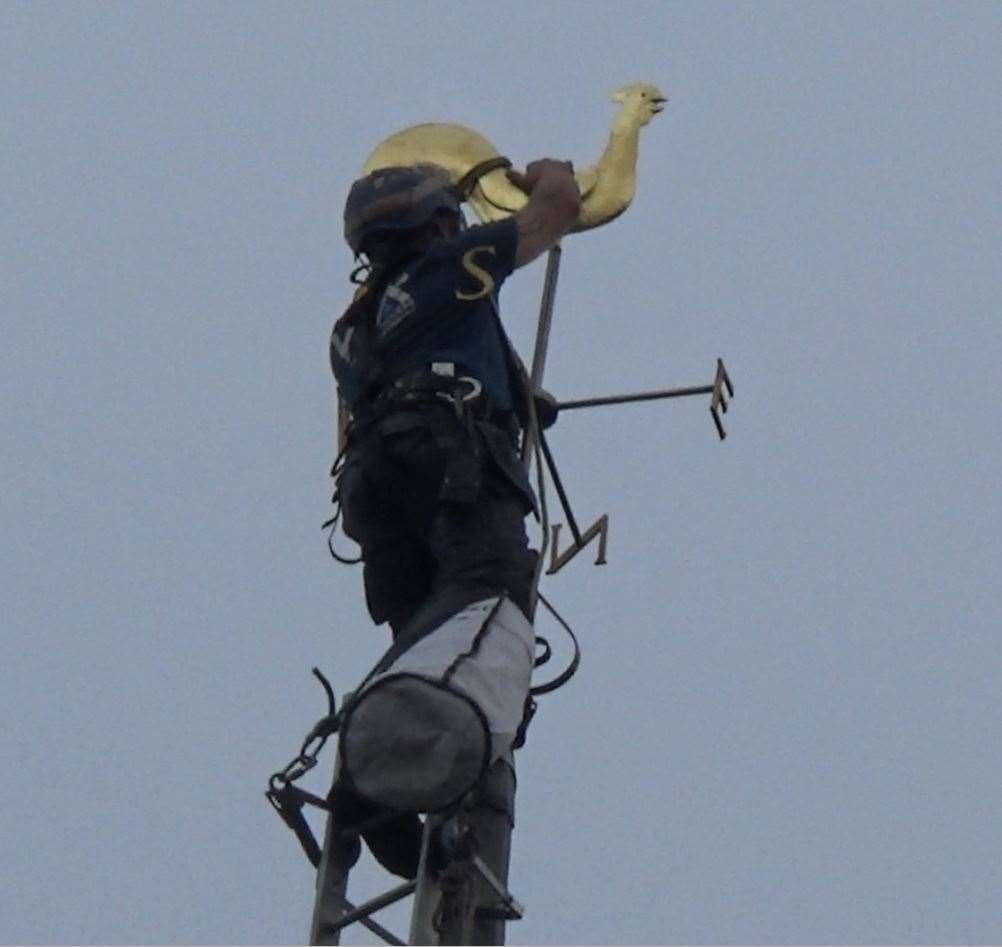