Rain did not stop play for The Giving Machine guru Richard Morris's trip to Buckingham Palace.

The award-winning Bishop's Stortford charity fundraising facilitator was invited to a royal garden party hosted by the Queen in recognition of his work in the sector. He took wife Connie as his guest.

The Giving Machine was set up in 2006 by chief executive Richard and three other Stortford dads. It enables internet shoppers to support up to four of their favourite good causes with free donations via The Giving Machine online portal.

He joked: "I took Connie because she's been such an amazing life partner to me over the last 25 years of marriage. We laugh a lot together and, to be fair, she's better looking than me."

He said: "My dad had given me some money recently as a gift so I used this to get a new suit from Alexandra Wood. It's my fifth ever suit – a classic blue suit with purple lining, of course, with lovely tailoring naturally."

Thorley Park stylist Jo Spencer finished the transformation with a haircut. "A classic look rather than anything too flashy," said Richard.

While the St Michael's Mead couple missed out on cakes at the party, they were able to tuck into sandwiches and tea. Richard recalled: "Perfect oblongs of ham and tomato as well as lettuce and smoked salmon with a roulade/wrap of something else."

Despite the wet weather, the monarch was in the pink, sporting a pastel outfit with matching umbrella. She was accompanied by her grandson, the Duke of Sussex.

Richard said: "The Queen and Prince Harry braved the rain. We thought we saw Princesses Beatrice and Eugenie but they didn't seem to venture out from what we could see. After the National Anthem, the band played Star Wars and Pirates of the Caribbean – two of the Queen's favourite films perhaps?"

The Giving Machine has raised more than £1.7m for more than 9,000 charities and organisations. 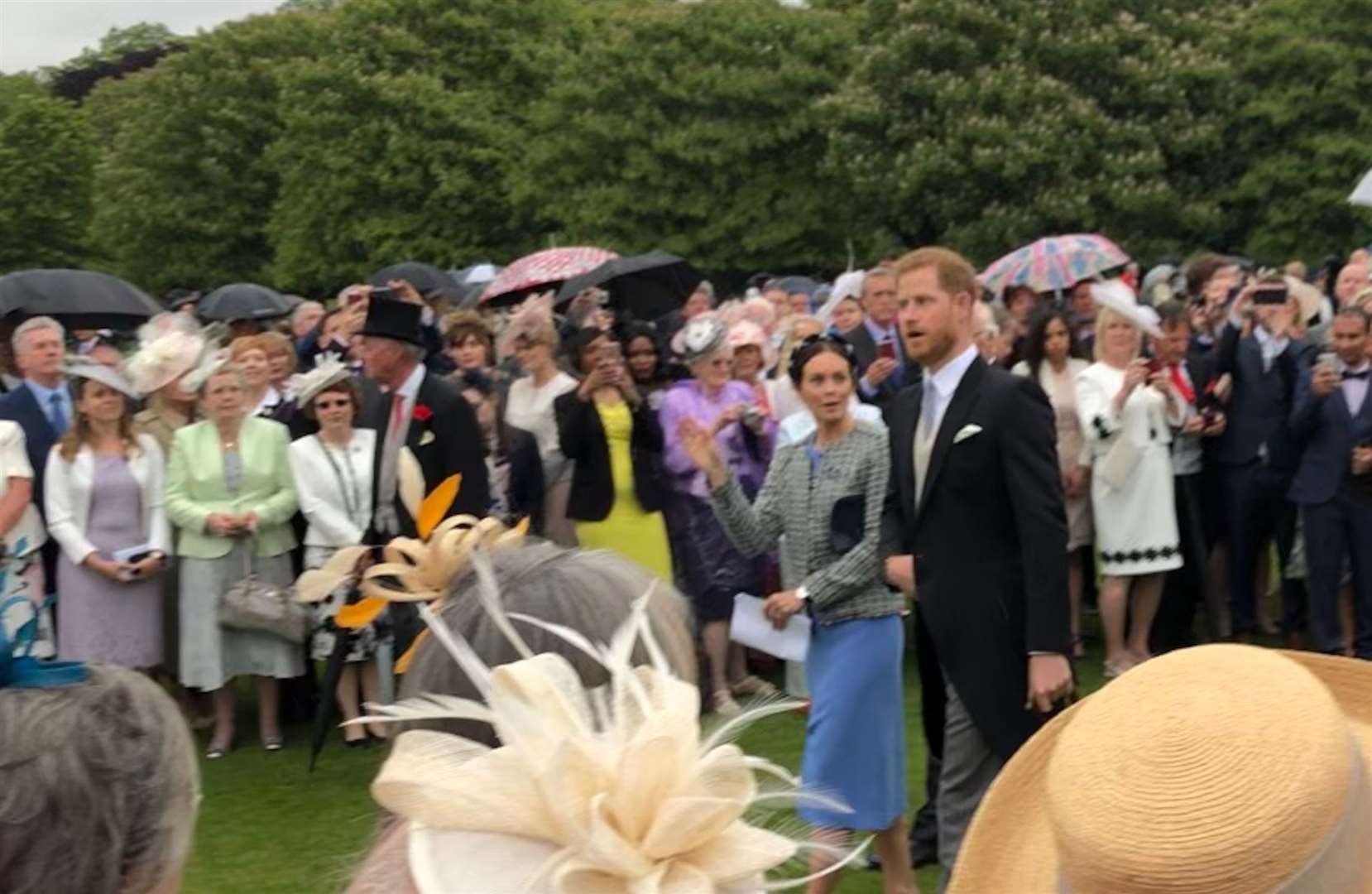