D-Day veteran Charles Foster, who was a much-loved figure in Bishop’s Stortford, has died at the age of 98 – just three days after the 77th anniversary of the Normandy landings.

The highly decorated Second World War serviceman – who in 2016 was awarded France’s top military accolade, the Légion d’honneur, in recognition of his services during the 1939-45 conflict – had spent the last 15 months of his life at Hazel End Care Home in St Michael’s Hurst where, according to his daughter Diane Potter, he had “an absolute ball”.

Charles passed away last Wednesday (June 9). His funeral will take place at Parndon Wood crematorium in Harlow on Wednesday June 23. He leaves his daughters, Diane and Jean, six grandchildren and a great-grandaughter.

The former resident of Magnaville Road in Thorley Park used to volunteer every year selling poppies for the Royal British Legion, regaling townsfolk with his stories. He enjoyed dancing, especially jiving with his late wife Eileen well into their 80s. He was a passionate gardener and an avid watcher of all sports.

As a widow, he was an inaugural guest at the Welbeloved Club, which was founded in 2018 by Jo Gill to counter social isolation among the elderly of Stortford and Sawbridgeworth, but the pair had been friends for 20 years.

Jo remembered him fondly this week as “an incredibly loyal and loving husband to Eileen and a witty, funny and ‘game for everything’ grandad”.

“He lit up the room with his cheeky grin and giggle," she said. "It was an honour to know him and to have so many opportunities to thank him for his service and watch him at annual marches through Bishop’s Stortford. A man of honour until the very end. We will miss him tremendously.”

It was Charles’s experiences as a young man during the Second World War which have left a lasting legacy.

Having survived two bomb attacks – the second leaving him seriously injured and with shrapnel forever embedded – he became something of a hero in the French town of Saint-Martin-des-Besaces, where photos of his blown-up armoured vehicle are in the town’s museum.

Born in Stratford, east London, in November 1922, Charles was the second eldest of seven children – five sisters and a brother, Michael, who was his only surviving sibling.

He left school at 14 and worked as a messenger boy in the City. In 1939 he lied about his age to enlist in the military at just 17.

Elder daughter Diane, who lives in Bournemouth, said: “He was a mischievous little boy, always getting into trouble, and tried to enlist. He joined the youth battalion of the Queen’s Royal Regiment and used to patrol the beaches of Devon with an axe handle!”

He was later recruited as a foot soldier into the second regiment of the Household Cavalry, the Horse Guards, stationed at various posts around the country until 1944, when he was mobilised to France as part of Operation Overlord, which became the turning point of the war – D-Day – when, on June 6, 1944, Allied forces launched a surprise attack on the shores of Normandy.

In an interview he gave at Hazel End, Charles recounted his near-death experiences: “In France I got blown up twice. The first time, I had been on patrol all night and when we returned we got blown up. I was blown out of the car and flew over the hedge, but didn’t receive much injury. I was lucky, the driver was badly burned.

“Three weeks after the first incident I was involved in a second explosion. We’d been on patrol watching the Germans; I was a wireless radio operator at the time. On our way back to camp we were hit with enemy fire and we were blown up. Our driver, Trooper Gamble, was killed and I had serious injury.”

Charles, who lost two fingers in the blast, spent five months in hospital and underwent emergency surgery on a train home from France. Diane said he never spoke of the war to her or to her sister, Jean Palfreman, who is early years manager at Thorley Pre School, and they never questioned why he was missing two fingers.

“It was just part of him and we never asked why,” said Diane. “We knew he’d been in the war but he rarely spoke of it. It was only in recent years that he started to talk about it more.

“For his 70th birthday, we bought him and Mum a trip to Normandy as he wanted to go back, and he went to the road where his car was blown up. The village has a little museum. When he went in there, on the wall was the photo of dad’s immobilised car, blown up.

“He was astounded and very emotional to see it. He went on to become close friends with the owner of the museum and over the years visited many times and became a local hero to the residents. He even ended up providing the voiceover for a renactment film of vehicles being blown up.”

After his recovery, Charles returned to the Army to become part of the Royal Protection Squad based at Windsor, where his roles included following the young princesses Elizabeth and Margaret as they learned to drive down Windsor’s Long Walk.

He met Eileen not long after the war and they married in 1951. Diane was born in 1959 and Jean in 1964. They lived in Leytonstone, Buckhurst Hill and Suffolk before moving to Bishop’s Stortford in 2006.

Charles worked as an expeditor most of his life and had several jobs in retirement, including working at Newmarket racecourse selling tickets. 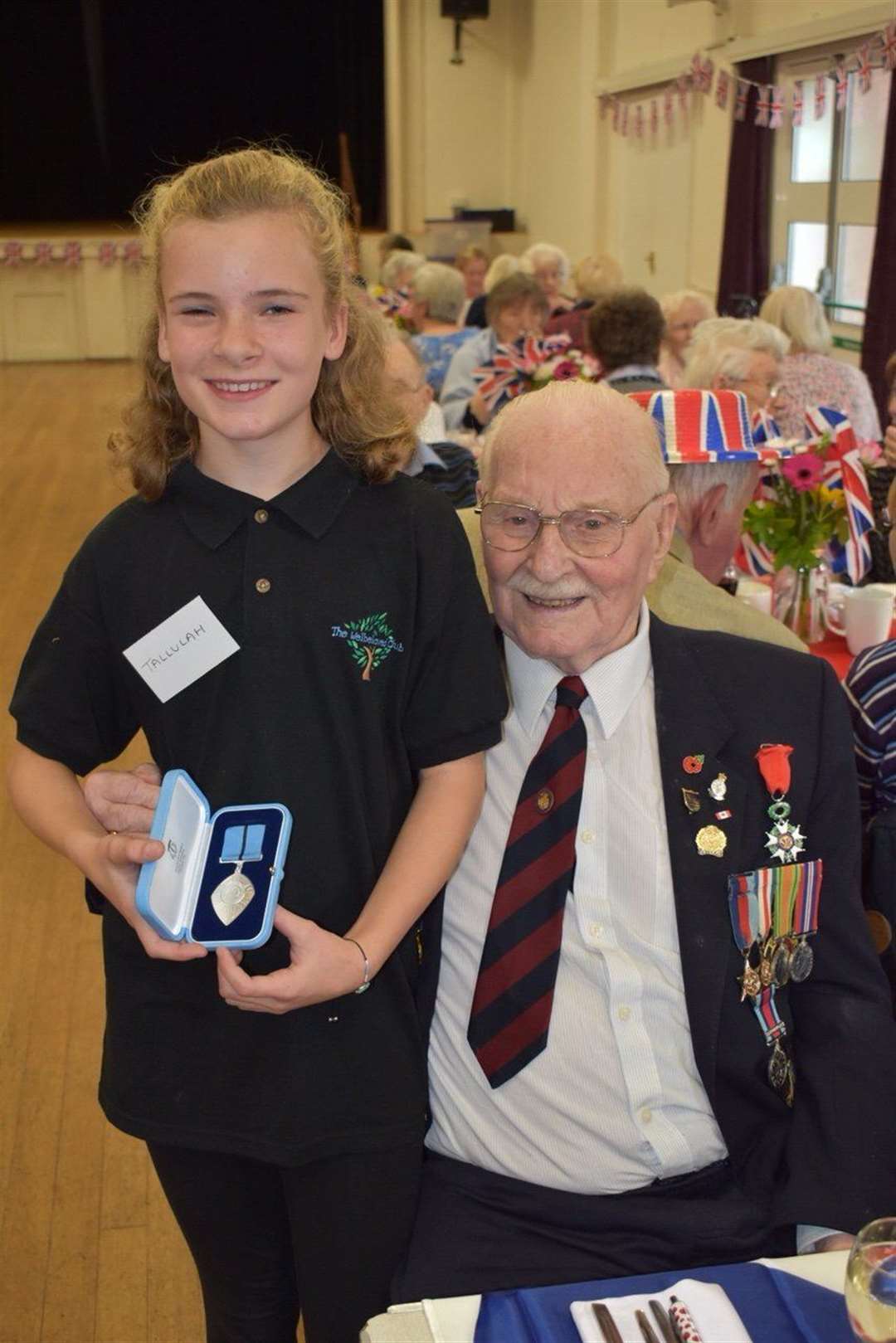 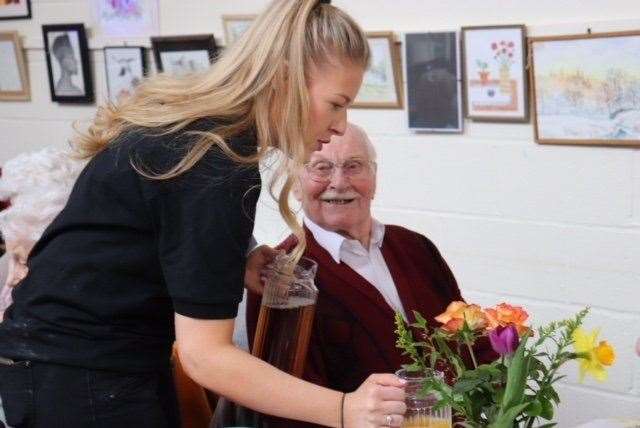