A distraught Bishop's Stortford family have launched a fund-raising appeal for the safe return of their son, who is trapped in Bolivia with his girlfriend during the coronavirus pandemic.

Former Birchwood High School student Harry Walters and partner Molly Holmes, from Norfolk, both 23, were halfway through a year's travelling adventure through South America when news filtered through that the country was going into lockdown and they were told to get out.

But unable to reach the borders in time or to find a flight home, they are now stuck with little or no information being fed by the British Embassy.

Fearful that the young couple will have to leave their accommodation, run out of supplies or fall ill with the virus, Harry's mother Charlotte is desperate to get them home. She has sought help from Bishop's Stortford MP Julie Marsden, who is working with the Foreign Office to seek their repatriation.

"We're waiting to hear something every day. Every morning we get up, check our phones, go through the same process and now, being stuck indoors, there's nothing else we can do but sit and wait," said Charlotte.

Fighting back the tears, she revealed it was Harry's 23rd birthday on Monday. They spoke via WhatsApp and he was "not too bad", but worried about his girlfriend. "He's OK, but obviously is very anxious and I suppose feeling a bit useless," said Charlotte.

"People keep saying to them that they should have got out quicker, but they did their best. They were told to get across the border to get home, but the borders shut because the country is in lockdown.

"If anyone knows Harry, they know he's the most organised, sensible and responsible person, and even this has caught him out."

"We have no idea how much flights will cost – it could cost up to £3,000 per person. They have some money, but we just want to make sure that they have the money to cover a flight home," said Charlotte, who lives with husband John in Firlands on the Havers estate. The couple also have a daughter, Jordan, 28, and a younger son, Stanley, 21.

Harry met Molly while studying for a maths degree at Nottingham University and worked for MK Scaffolding before the trip. He explains on the justgiving page how their attempts to get home had been plagued by bad luck, tough restrictions and a lack of information, with the British Embassy saying "we had to sort ourselves out and that we were on our own".

Attempts to cross the border into Brazil were thwarted several times, with long journeys just to reach the checkpoints, only to be turned away after hours of waiting.

Writing of their eight-hour drive in a taxi just to reach the border, Harry said: "I still don’t have the energy to recite exactly what happened, but I can disclose that it entailed curfew breaking, cocaine corner shops, acquiring siphoned petrol from an eight-year-old, biblical floods, a burst tyre, a military stand-off, a police interception, a drugged-up taxi driver and much more, as we were what can only be described as smuggled across country."

They arrived only to discover that updates from the British Embassy were inaccurate and that the checkpoints had been closed – they would not be allowed to enter Brazil.

Charlotte said that chaotic scenes broke out. "It was complete panic, as you can imagine. Harry says he's going to start a charity website when he gets back to advise travellers of these kinds of situations." 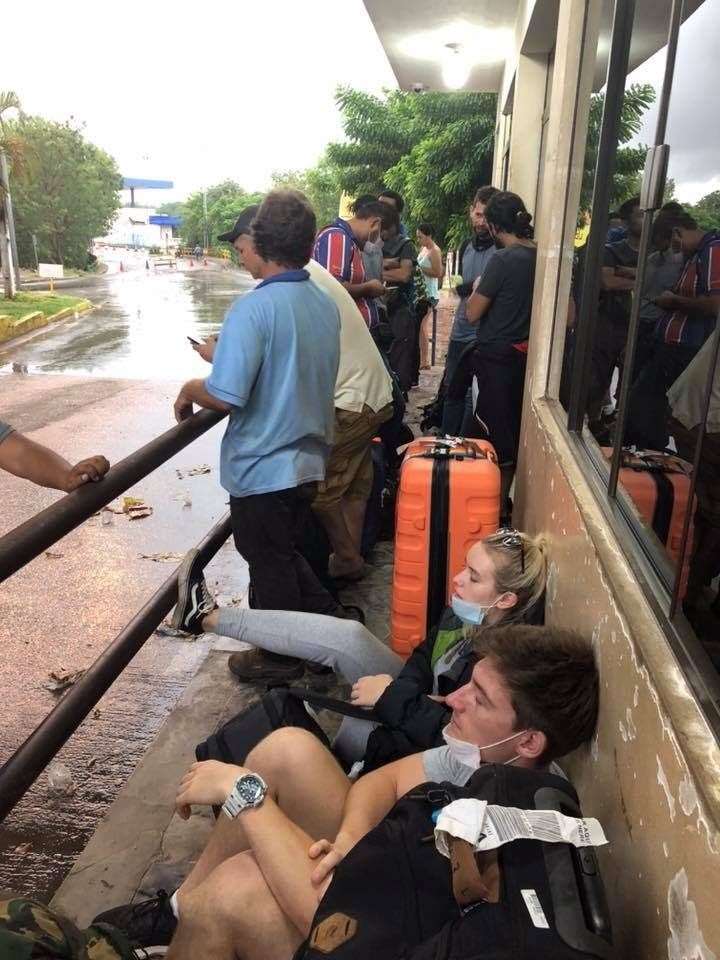 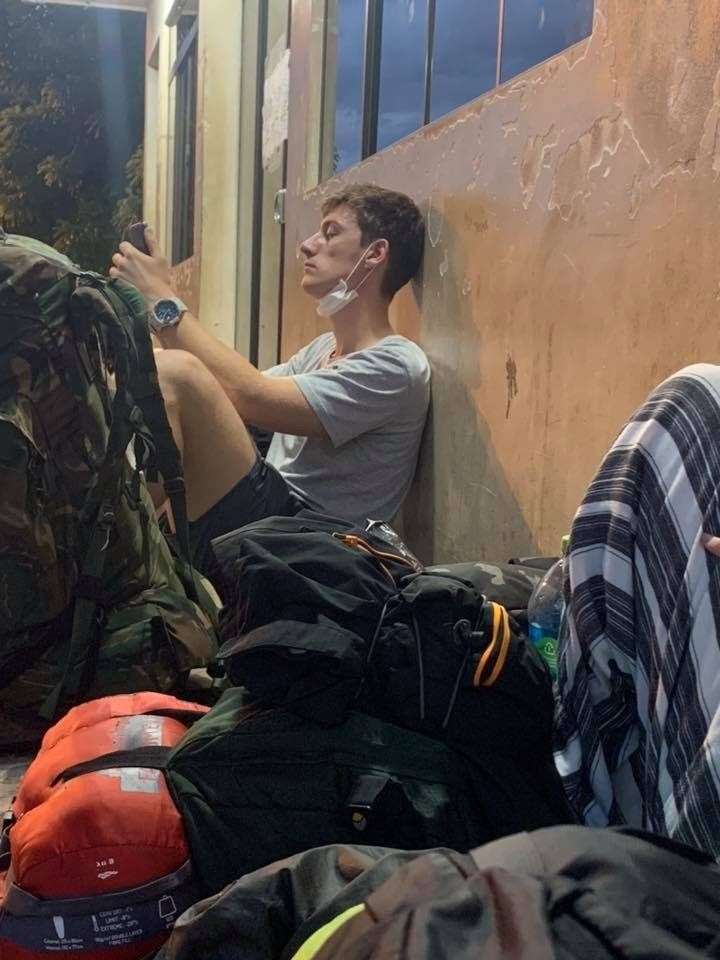 Harry and Molly faced a long journey back to La Paz, the Bolivian capital, where they had been staying or risked being quarantined at the border. His mum said they were now confined to their rented Airbnb apartment, where the host had been taking good care of them and had even cooked lunch for Harry's birthday.

"They have an amazing host, but the accommodation only runs until March 27 so they may have to move out. They're abiding by the rules – there's a 5pm-5am curfew – and they can only go out one at a time between 8am and 12 noon."

Harry added: "Don’t get us wrong, being trapped in a Third World country during a global pandemic was never going to be fun, but, for us, the deeply upsetting thing about our situation is the British Embassy’s outright refusal to help, which has ensured that this fate was inevitable. They weren’t lying when they said 'You're on your own' the first time we called. Our family continues to call them every day to no avail."

Hertford and Stortford MP Julie Marsden told the Indie on Tuesday (March 24): "Harry’s mother got in touch over the weekend and I was able immediately to make contact with both the Foreign [and Commonwealth] Office and our consulate in La Paz.

"All flights into and out of Bolivia have been suspended and the borders closed, so our consular staff in La Paz are in contact with Harry and Molly, are supporting them whilst they are in the country, but trying to get them home to the UK.

"In this unprecedented global situation there are hundreds of British nationals requiring help and the FCO is working around the clock to provide them with the support they need.”

To donate to the couple's appeal visit https://www.justgiving.com/crowdfunding/getharryandmollyhome.