Firefighters were called to deal with a car blaze in Bishop's Stortford on Saturday afternoon (April 4).

The flames set light to a wooden garden fence next to where the car was parked caught fire.

Residents came out of their homes to watch as flames, accompanied by thick dark grey smoke, filled the air. They warned one another to keep a safe distance as the glass in the car windows started to shatter as a result of the intense heat.

One of them said: "The owner was a guy maybe in his 40s. He doesn't know what happened – it just caught fire."

Stef Brockbank, whose fence caught fire, said: "He was very shaken and has been nothing but apologetic." 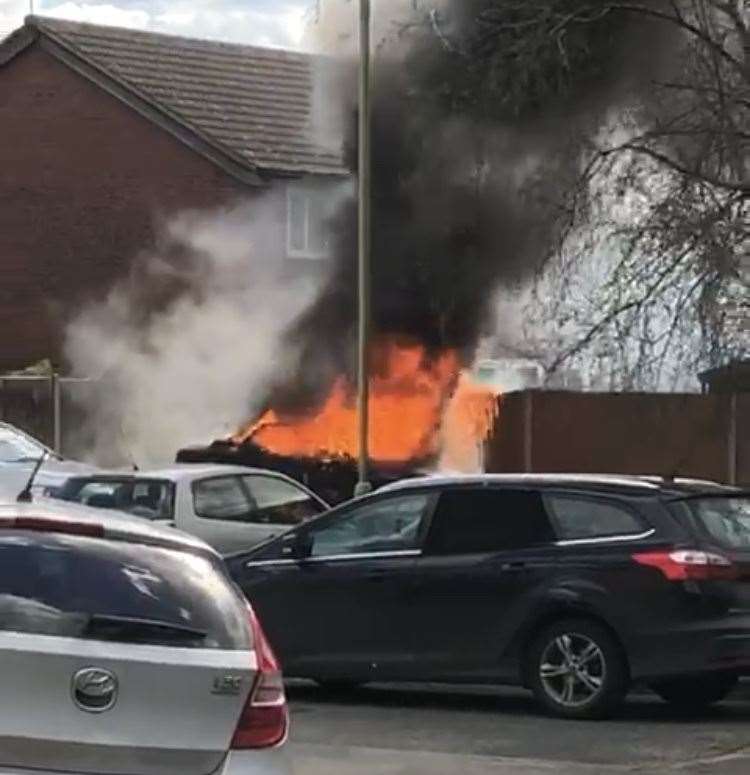 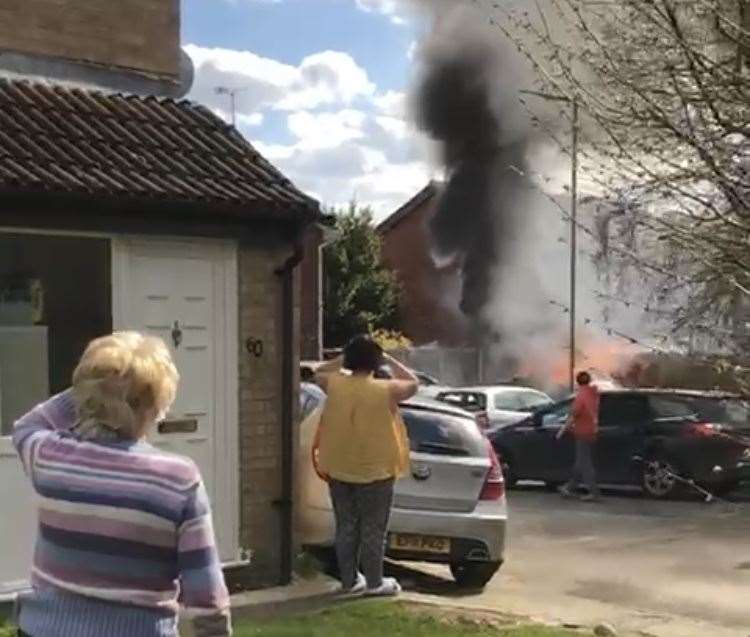 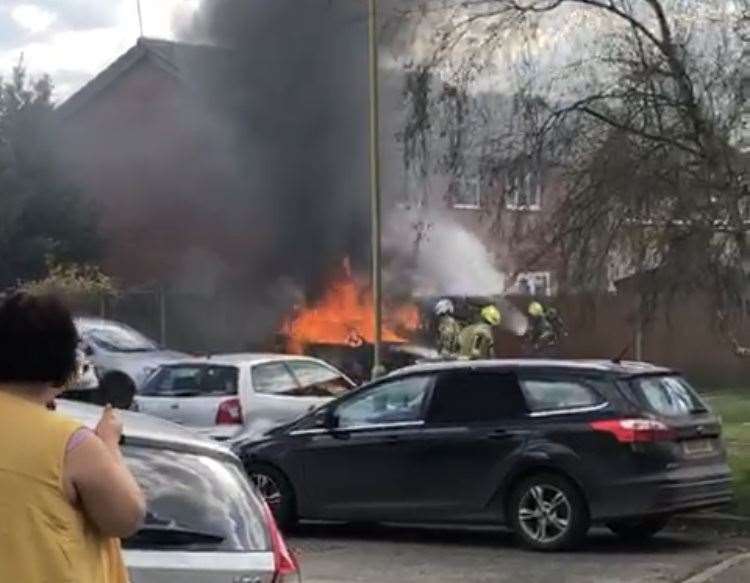 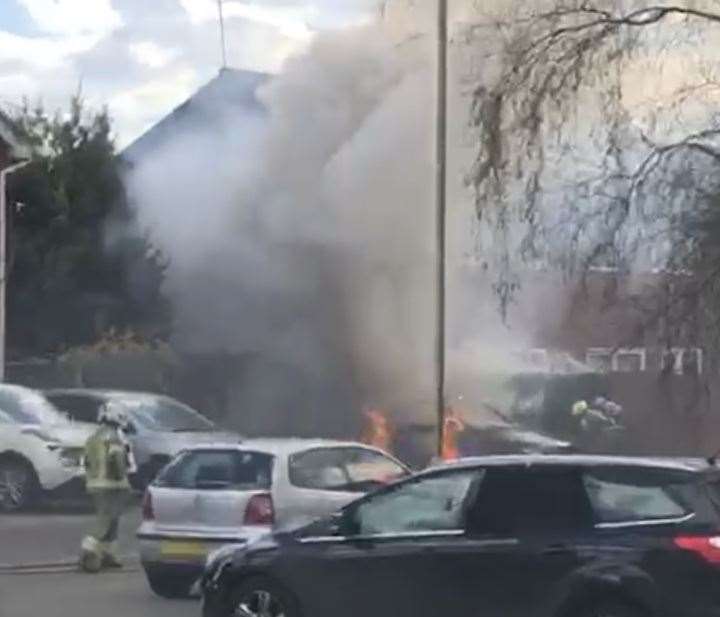 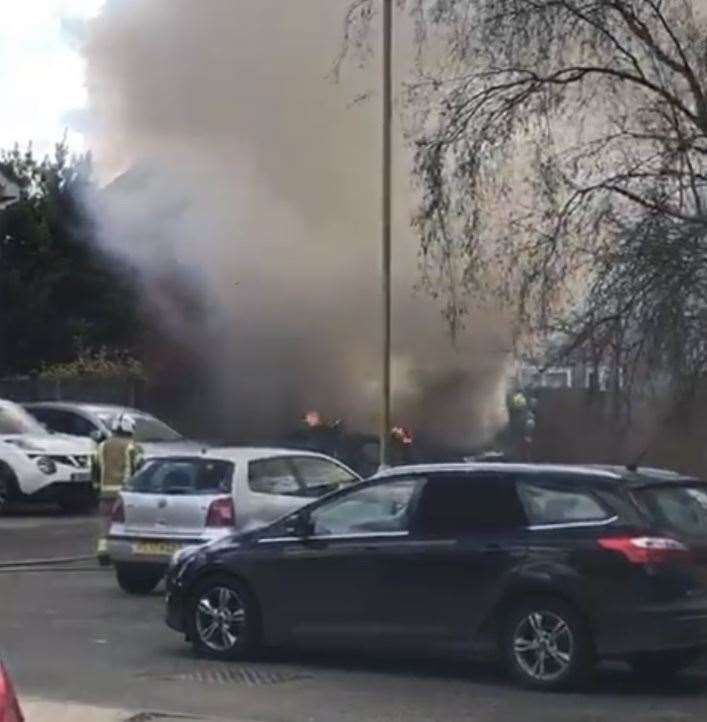 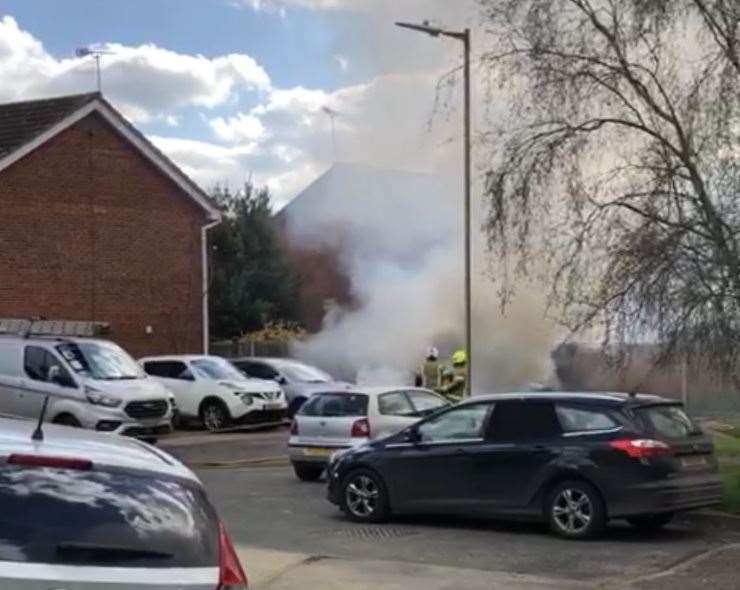 A crew from Bishop's Stortford fire station turned up to tackle the flames, which were extinguished within a couple of minutes.

Stef added: "There were no injuries at all and the firemen were absolutely fantastic. We have a lovely open garden now!"