Mum Emma Gibbs had appealed on Facebook for help to build a wooden ramp for four-year-old Theo – and Graham Price responded.

Her son, who is about to leave Grove Cottage's nursery in Bishop's Stortford and join Bentfield County Primary in Stansted, was born with talipes, or club feet, and has a mitochondrial disease caused by PDH deficiency, which means he cannot metabolise carbohydrates efficiently. 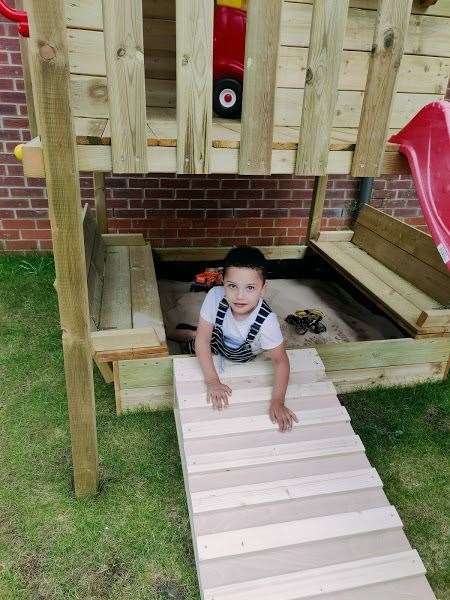 Emma, who is also mum to two-year-old Nia and now lives in Elsenham, said: "I originally put a post out on the Henham and Elsenham Newsline page asking if someone could build a ramp for Theo, and I would pay them of course, but Graham's wife got back to me saying her husband would love to help and I'd just need to pay for materials, which was amazing.

"He took the time to come over and measure the space and talk about Theo's needs, then a week later he sent me a photo of the ramp and said the rest of his team had covered the cost of materials, which was very generous of them. It's perfect for Theo and will get lots of use in the garden, so I can't thank them all enough."

During periods of illness or stress, Theo's cells do not have the energy they need and may become damaged or die, affecting his brain and other organs. He now has a special diet but the condition has affected his development.

The ramp gives Theo precious independence as he plays in the garden. His progress has been boosted by physiotherapist Oliver Tatton-Bennett, who is based in Dunmow and who stepped in when Theo's NHS sessions were cancelled because of Covid-19.

Emma said: "Without being able to fund physio sessions – virtual and in-person – from Physio Goals 4 Kids and the support that comes along with it, we'd have been lost during the pandemic.

"Oli is amazing with Theo and really motivates him. They always have a good laugh during the session while getting the work done."

Earlier this year, the family suffered a blow when X-rays revealed Theo also has severe hip dysplasia. For now, his doctors have decided surgery is not the best way forward. 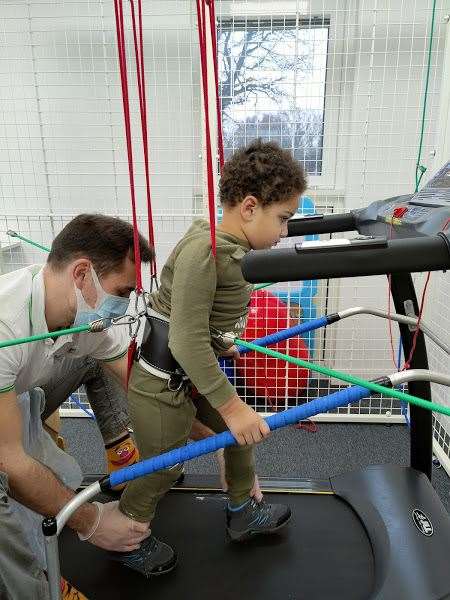 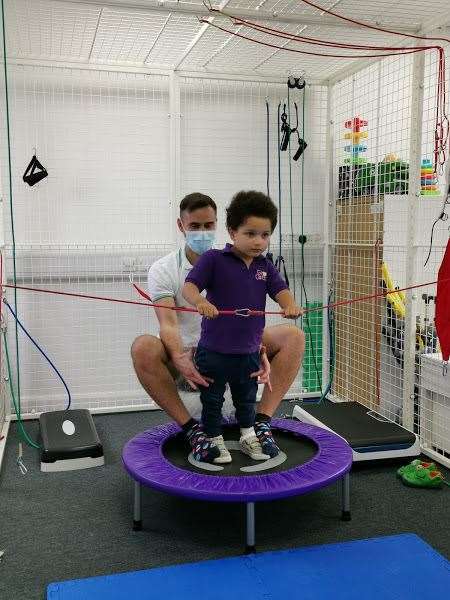 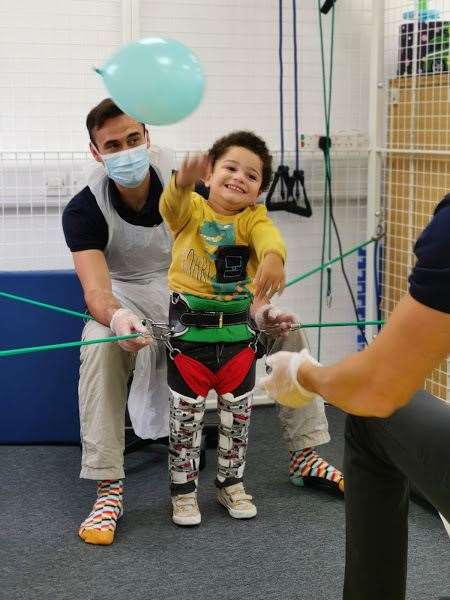 Emma said: "His orthopaedic team spoke to his neurology and metabolic teams and decided that as he was doing well in other aspects of life it wasn't worth the risk of invasive surgery and the impact that might have on his overall health and development if he struggled with recovery. Anaesthesia could also be very dangerous for him and result in loss of skills.

"At the moment it doesn't seem to be causing him pain, but that could be a different story in a few years' time. He'll be checked every six months now to check it doesn't get any worse or dislocate completely."

Meanwhile, Theo is proving to be a whiz in his new wheelchair and getting to grips with a special bathroom chair so he can brush his own teeth. 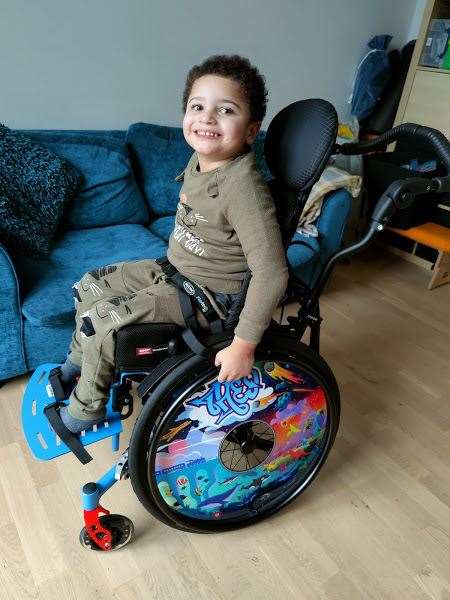 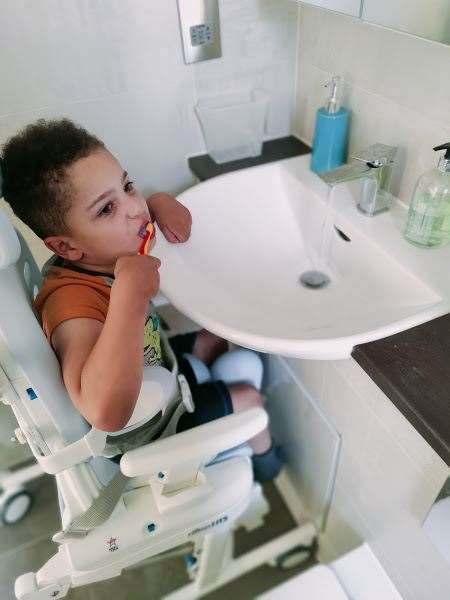 But as he grows, the support he needs increases. Much of the bill has to be footed by the family through fundraising and they have a £10,000 target.

Emma had to move from Thorley Park to Elsenham to get enough space to accommodate the special equipment Theo requires and there is more to come as he gets ready to start school.

She said: "Current funding considerations include a self-funded stair lift, an off-road buggy now that we're out in the countryside so his wheelchair doesn't get wrecked, a special needs car seat with a swivel base and a special needs supportive swing seat for the garden."

She writes a blog on Facebook to record Theo's challenges and progress. To support her efforts see www.justgiving.com/campaign/TheosMitoCrusade. 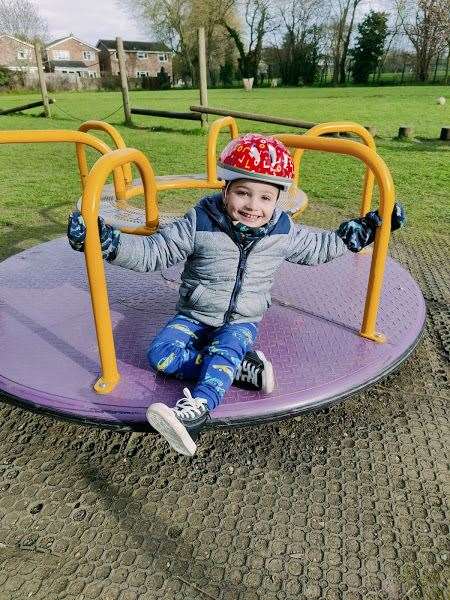 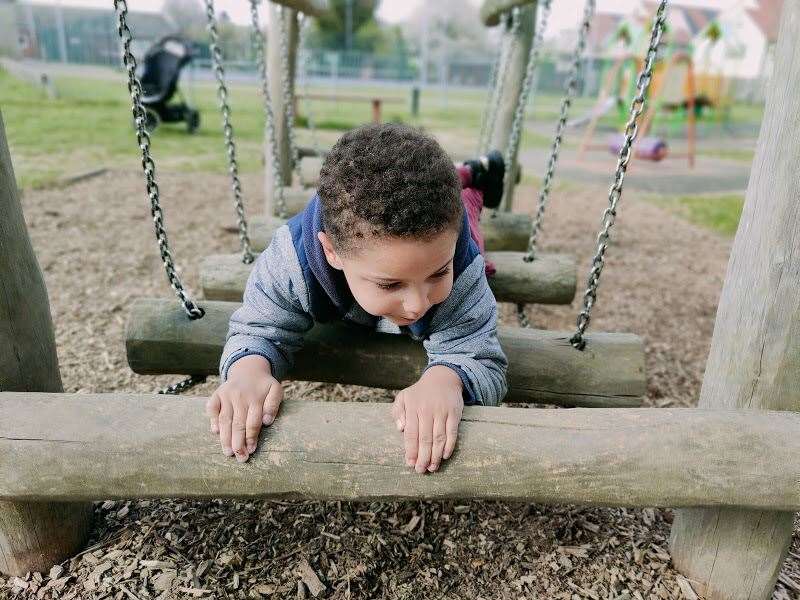 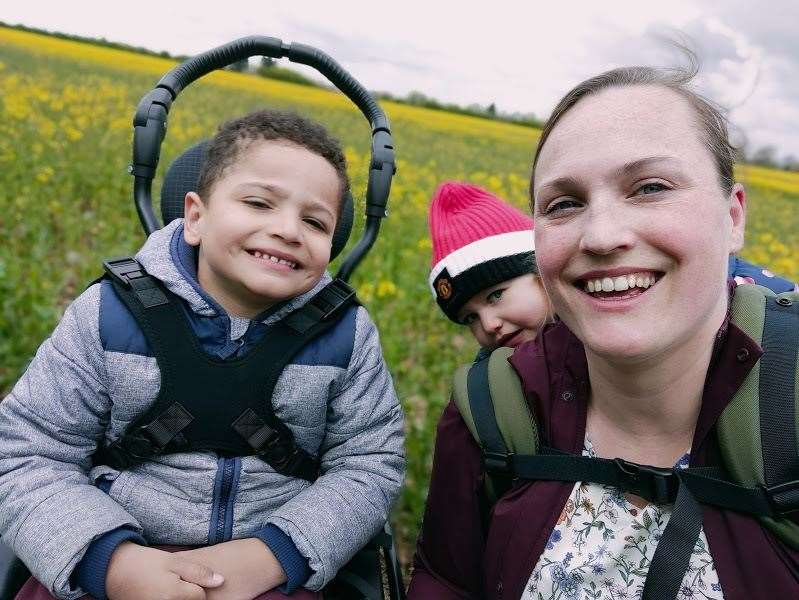 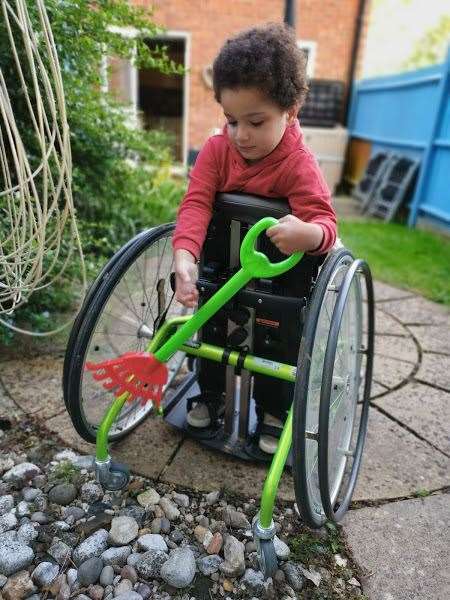 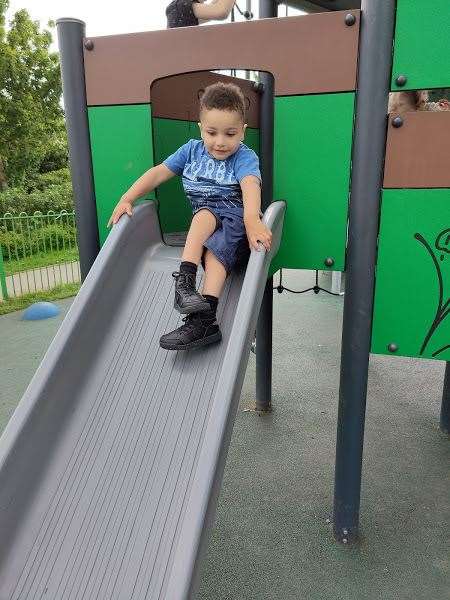 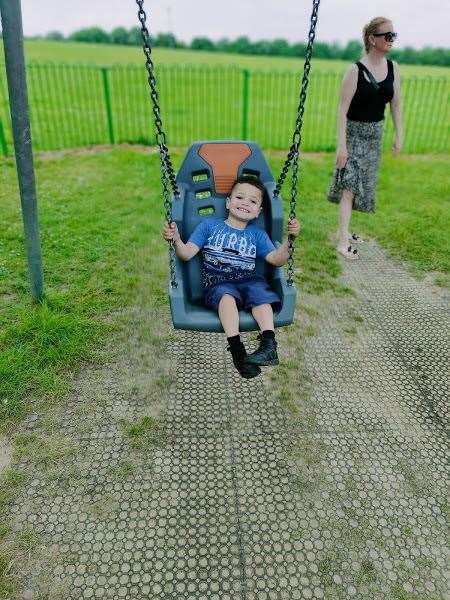 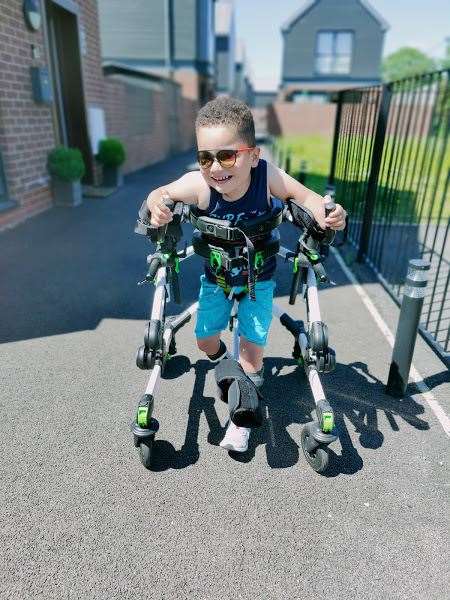 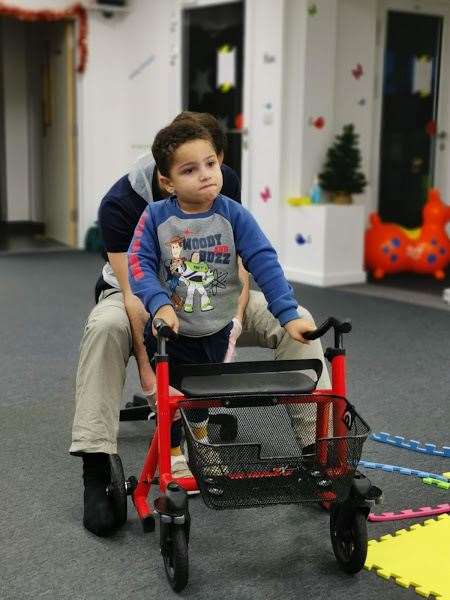