One of the country's smallest primary schools celebrated the Royal Wedding by staging its own mock church ceremony involving TWO child 'couples' called Harry and Megan. 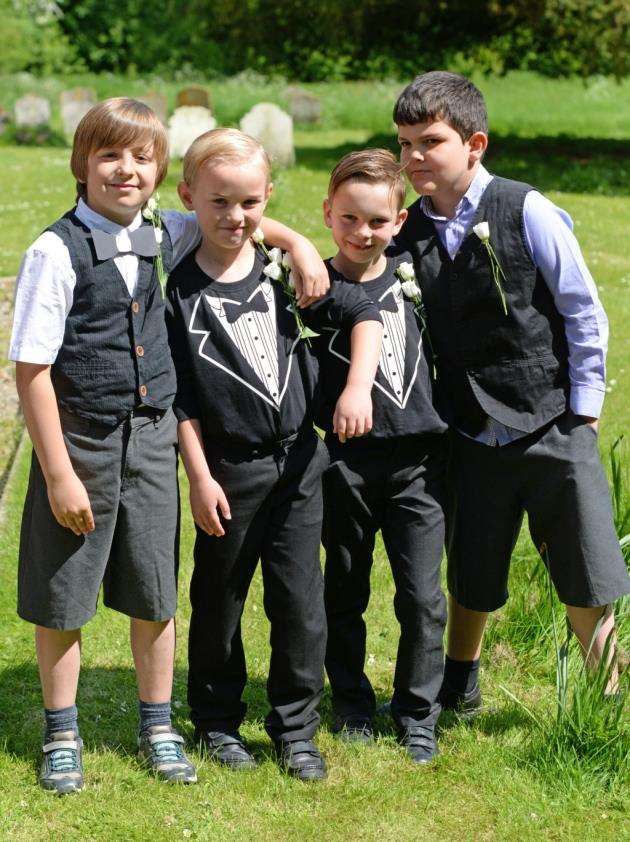 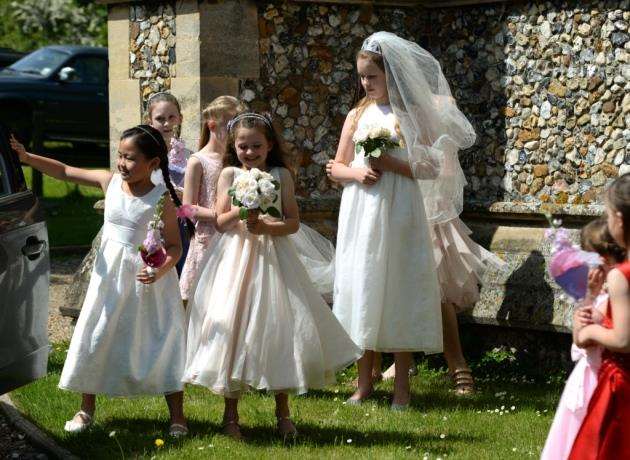 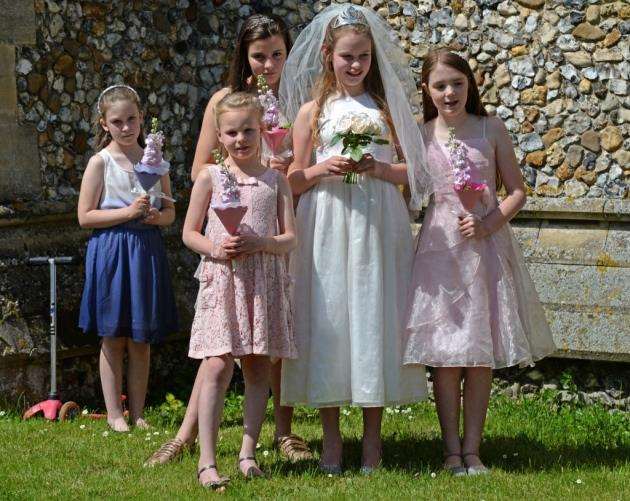 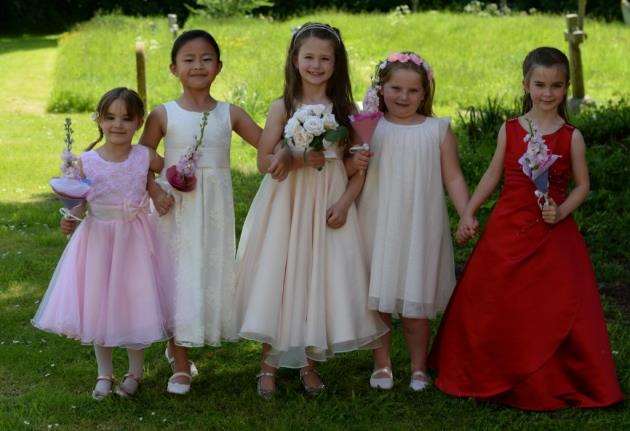 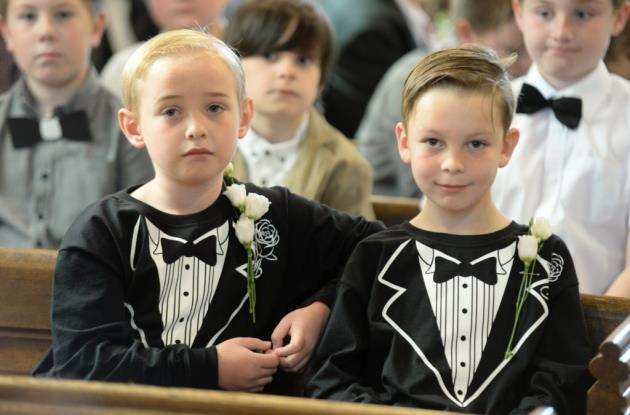 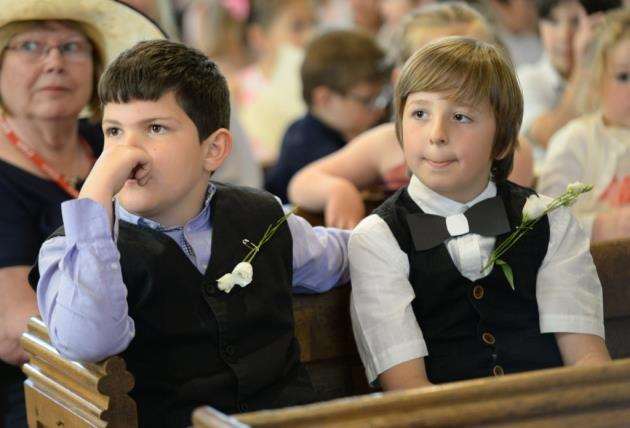 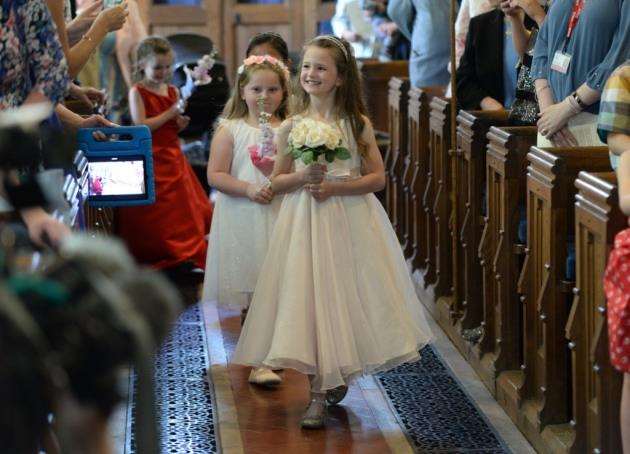 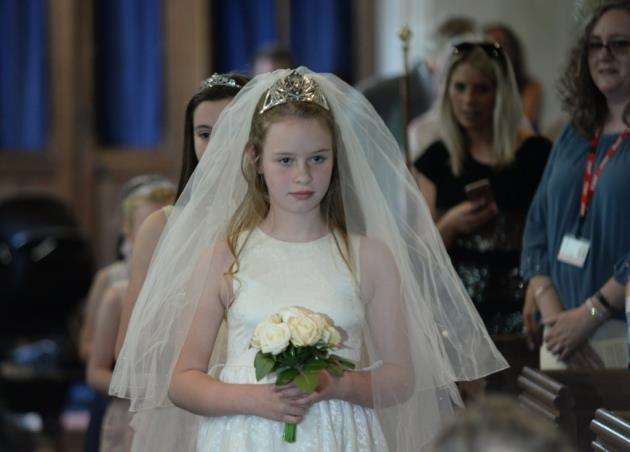 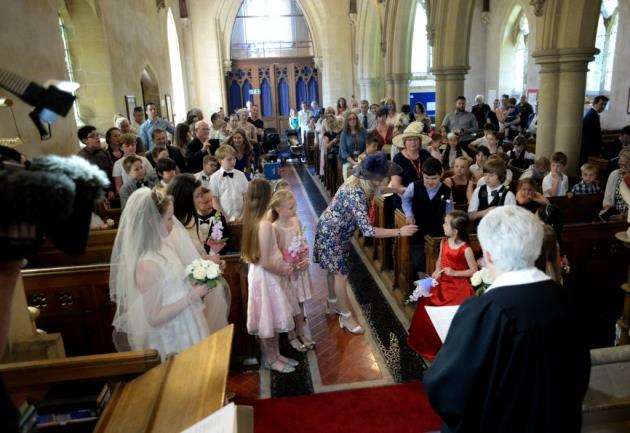 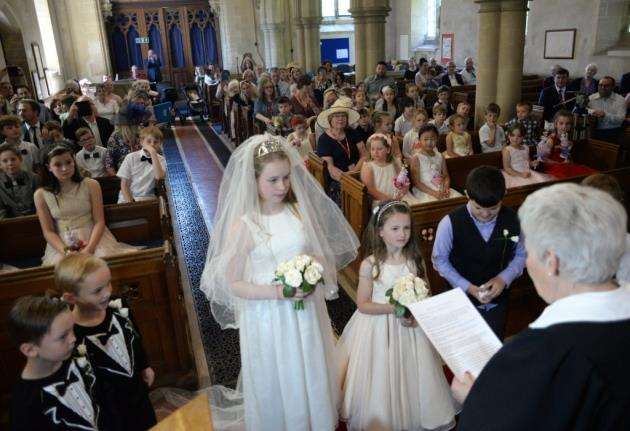 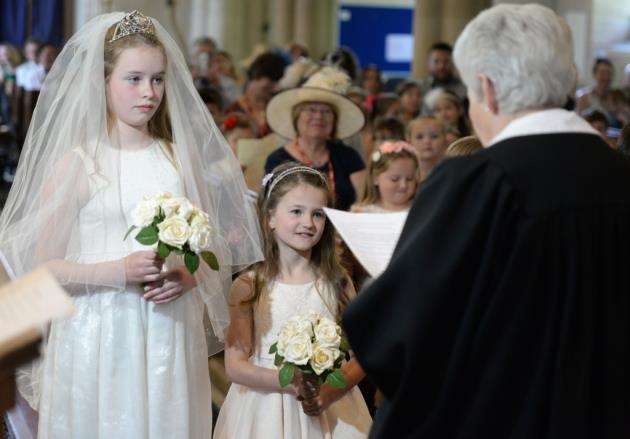 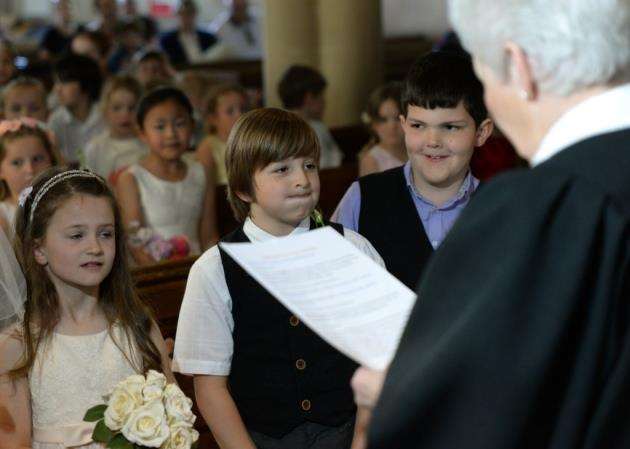 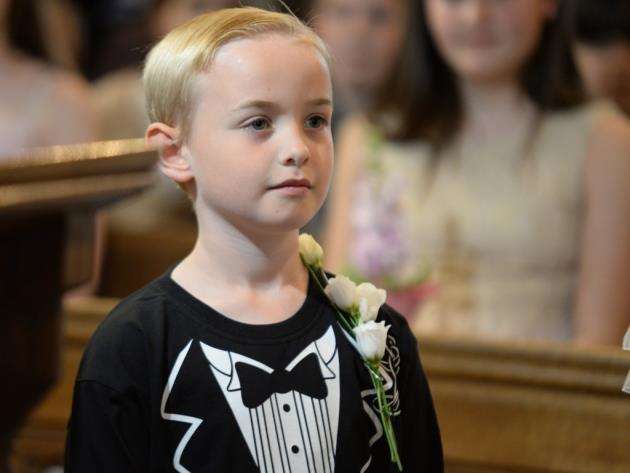 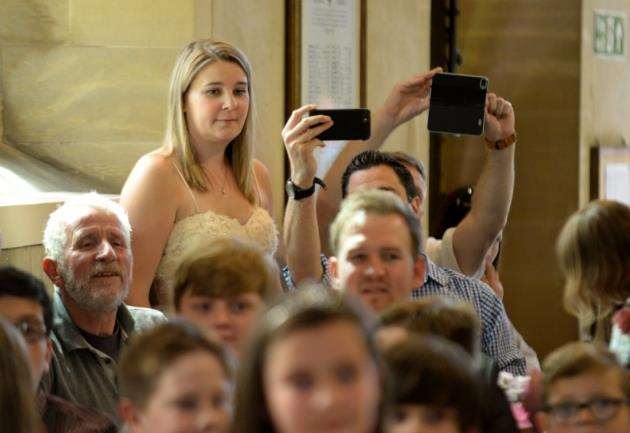 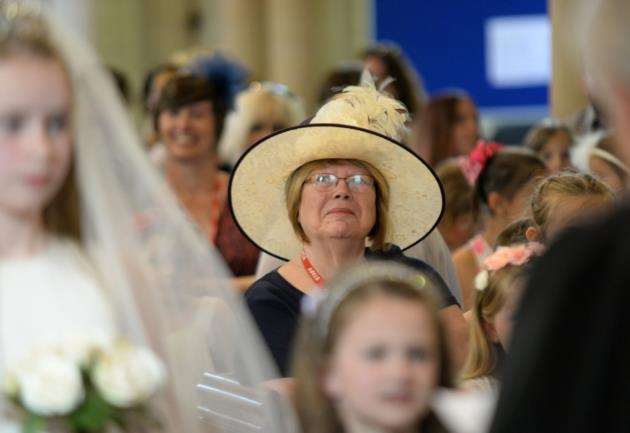 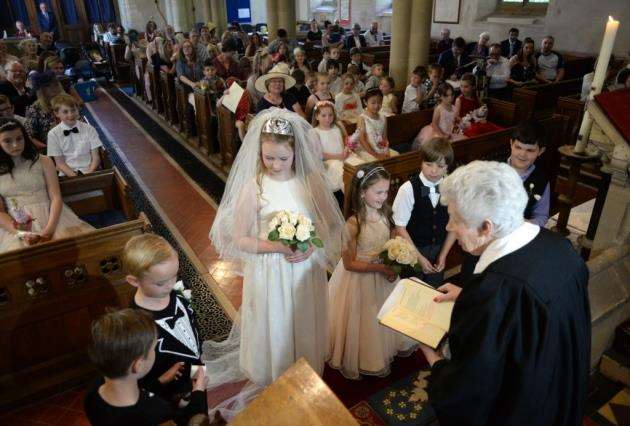 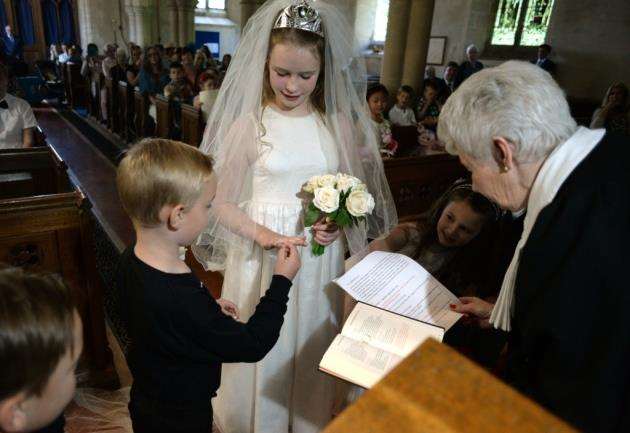 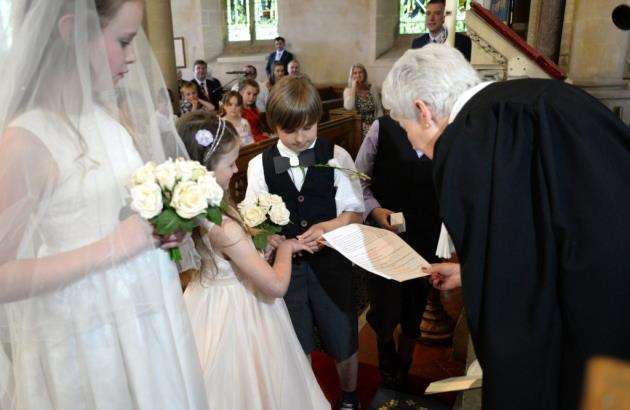 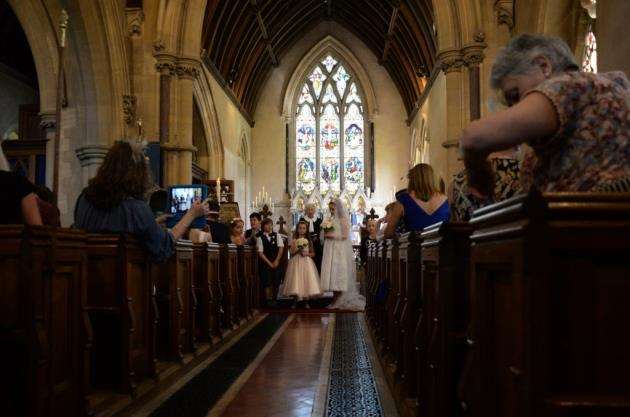 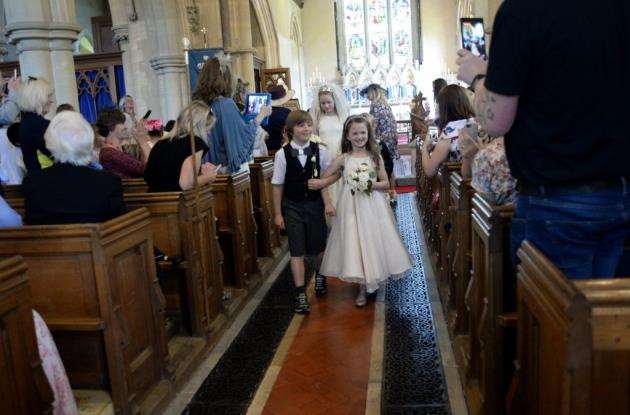 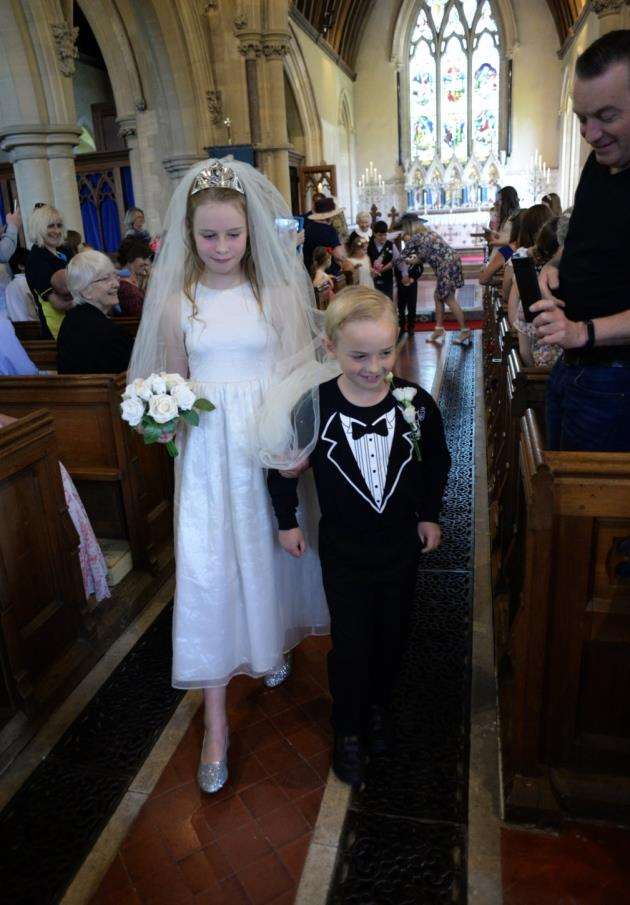 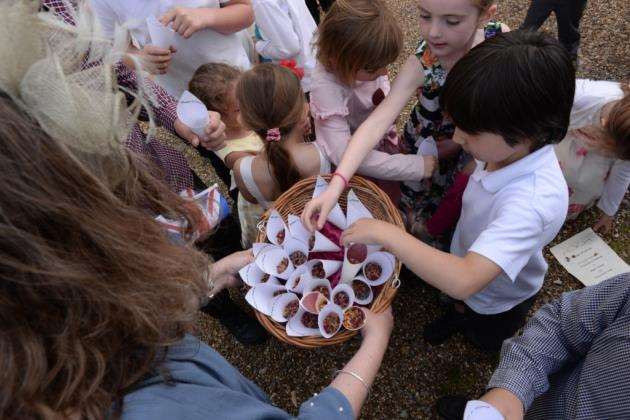 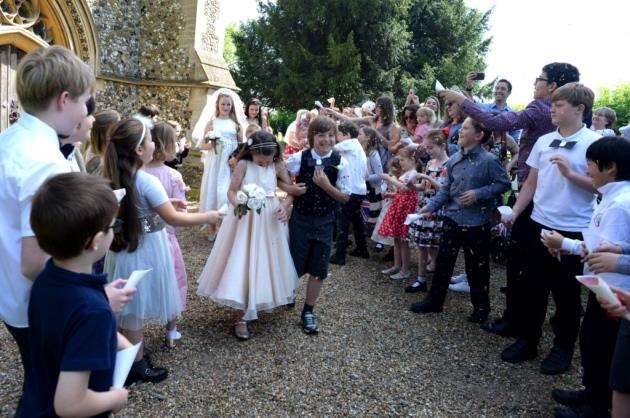 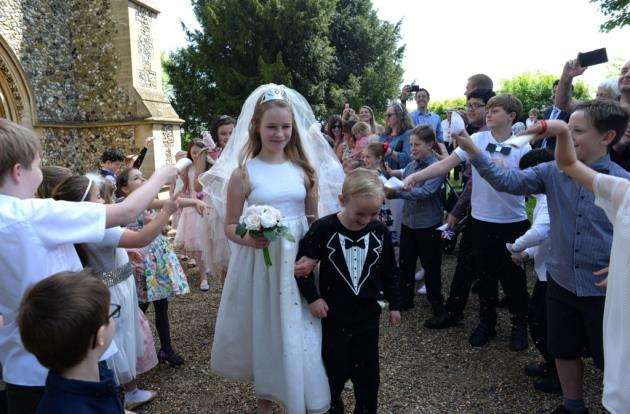 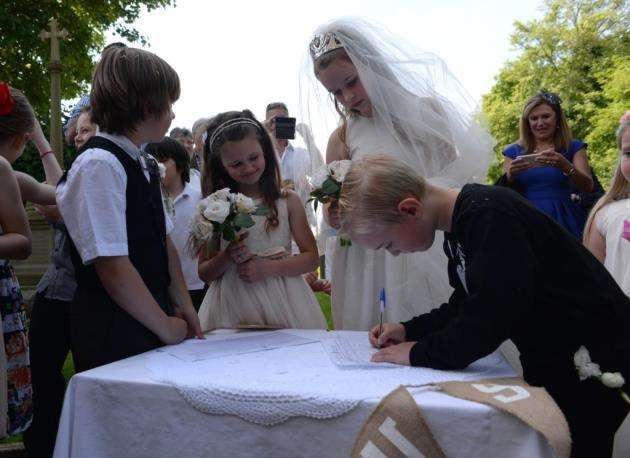 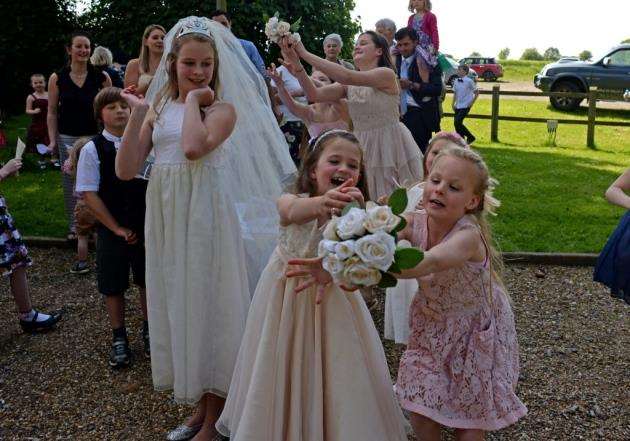 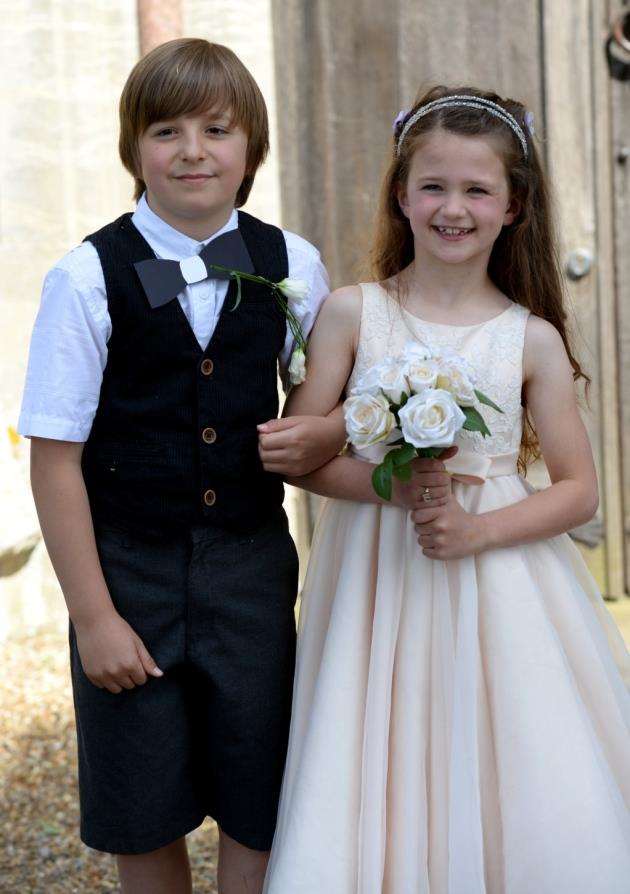 On Friday afternoon (May 18), on the eve of Prince Harry and American actress Meghan Markle tying the knot at Windsor Castle, pupils at Farnham CofE Primary plighted their troths, too.

The event at the parish’s St Mary’s Church was eagerly anticipated by all of those lucky enough to receive an invitation.

After the ‘brides’ arrived in traditional finery, accompanied by bridesmaids, in a limousine and entered the church to Pachelbel’s Canon in D, fellow pupils, staff, parents and villagers, all dressed in their finest wedding attire, gathered to watch a unique service.

The ‘grooms’ each picked a ‘best man’ – called William and Charlie – who handed over rings, which were blessed and exchanged.

A spokesman for the school, which has just 46 students, said: “The wedding service has been specifically written for the event, which includes the school’s values and a few funny lines!”

After the service and signing of the register, confetti throwing and official photographs, the couples and guests walked the leafy lane back to school for a wedding toast of sparkling lemonade and the cutting of two wedding cakes.

The happy couples asked for donations to EACH (East Anglia’s Children’s Hospices) in place of wedding gifts.

Teacher and ‘wedding organiser’ Sara Haughey said: “All the children and staff have been so excited to organise the wedding in celebration of the marriage of Prince Harry to Meghan Markle.

“It was the perfect event for our school – we have two Megans and Harrys, a beautiful village school and church, and a very supportive community. We always like a bit of a do so it made sense to have one. Everyone has got involved and it’s a great end to the children’s week of statutory tests.

“The only reservations we received were if the boys had to kiss the girls and would this mean they were married in real life. We’ve reassured them – shaking hands only and it’s just for the afternoon!”