A sculptor moulded by modern master Henry Moore has opened a new exhibition at The Gallery Parndon Mill.

John Farnham is showing a series of works based on human and animal forms, complemented by new paintings by his Austrian wife Lotte, which draw on her memories of family and nature.

He said: “My carvings are rather based on figurative things like animals - I’m more about the body and Lotte is more the soul.”

Now an acclaimed artist in his own right, John began learning about sculpture from Henry Moore when he was just a child as his family lived next door to Hoglands, the Perry Green home and studio which is now the Henry Moore Foundation.

His father, also called John, was Moore’s builder and he said growing up in the shadow of the iconic English artist seemed unremarkable: “I knew him all my life. I sort of grew up with it and it was just normal.”

Now 76, the former Hadham Hall School student started as Moore’s assistant, working on plinths and bases for the great man’s work before earning his trust to finish his creations.

He crafted some of his first works, items of jewellery, from copper left over from his foundation work for his famous boss.

John knew he had Moore’s confidence when he was charged with finishing two carvings while the artist holidayed in Italy.

He said: “He did not change them when he got back.”

Moore, a taciturn Yorkshireman, passed away in 1986 and John said: “I worked with him until he died and then worked with the foundation for a few years, but now I just work on my own.

“I started exhibiting in the 60s and if I wanted time to do something for a show, Moore would say ‘ok’.

“He liked to get on with his own work and not be too involved with other people’s work, but I could use his studio.

“I suppose there’s got to be an influence if you work with someone for such a long time - you are going to be influenced by them and the way they work.”

His favourite medium now is carving stone, rather than relinquishing final control of a metal cast to a foundry, but he has just sited one of his monumental works, a green bronze entitled Crescent Figure, at Pembroke College, Cambridge.

It was a gift to the Cambridge institution by alumni Harry Howard, one of John’s longterm supporters, who owns his own version of the sculpture.

Originally created as a small piece of jewellery, the first bronze cast of it was bought byHollywood great Kirk Douglas and is still owned by the 102-year-old Spartacus star. The artist and actor were introduced by Lady Sieff of the Marks and Spencer dynasty.

Although his work has built a loyal army of fans and earned critical acclaim, John said he was happy not to have faced the same spotlight and scrutiny as his teacher.

He said: “Working with him, the pressure [he was under] was pretty hard and I think I’m happier as I am.”

A former artist in resident at the Margaret Dane School, now Birchwood High School, he and Lotte have previously exhibited together at Bishop’s Stortford College.

During the private view to launch their latest show at Parndon Mill, 14 pieces were snapped up and the Braughing couple are hoping for further sales before the show ends on June 23. 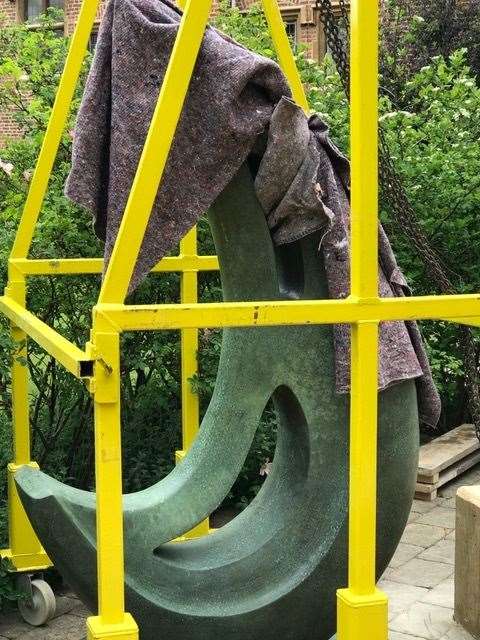 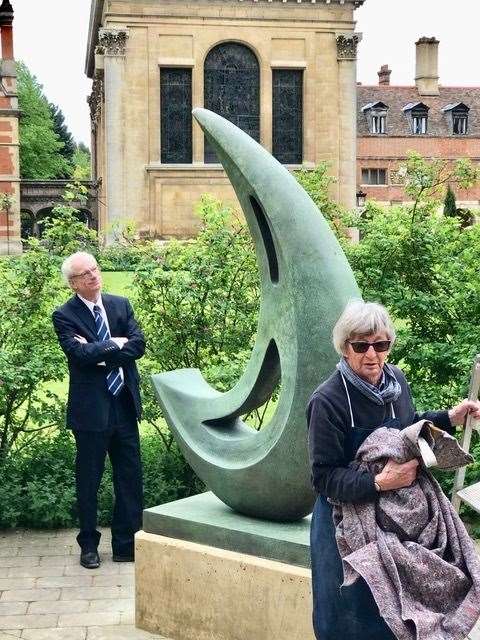 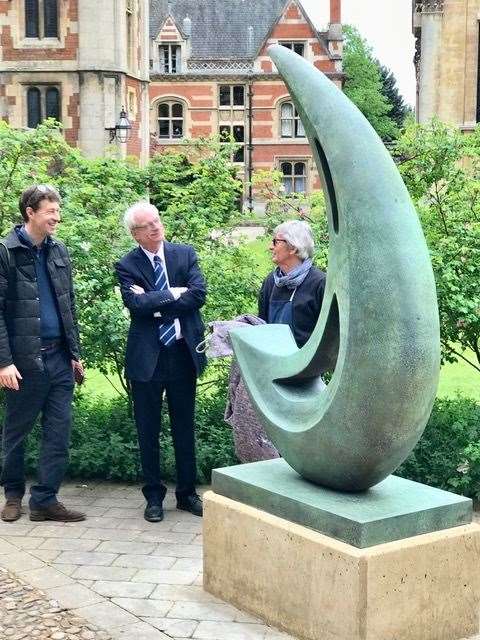 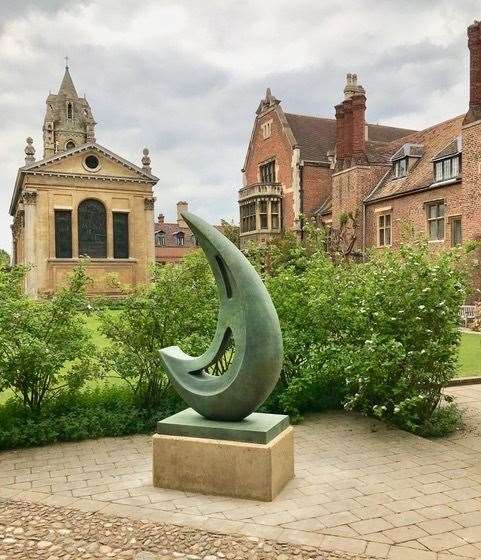 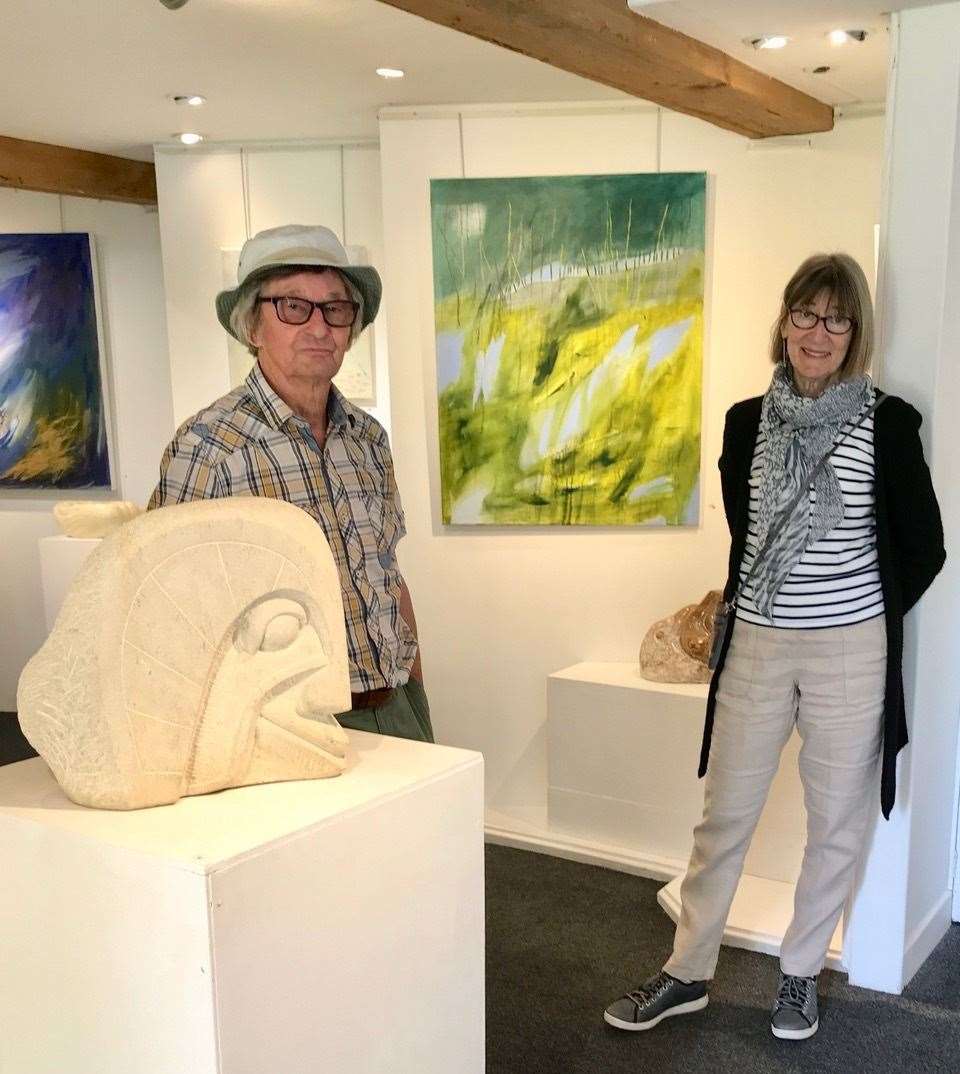 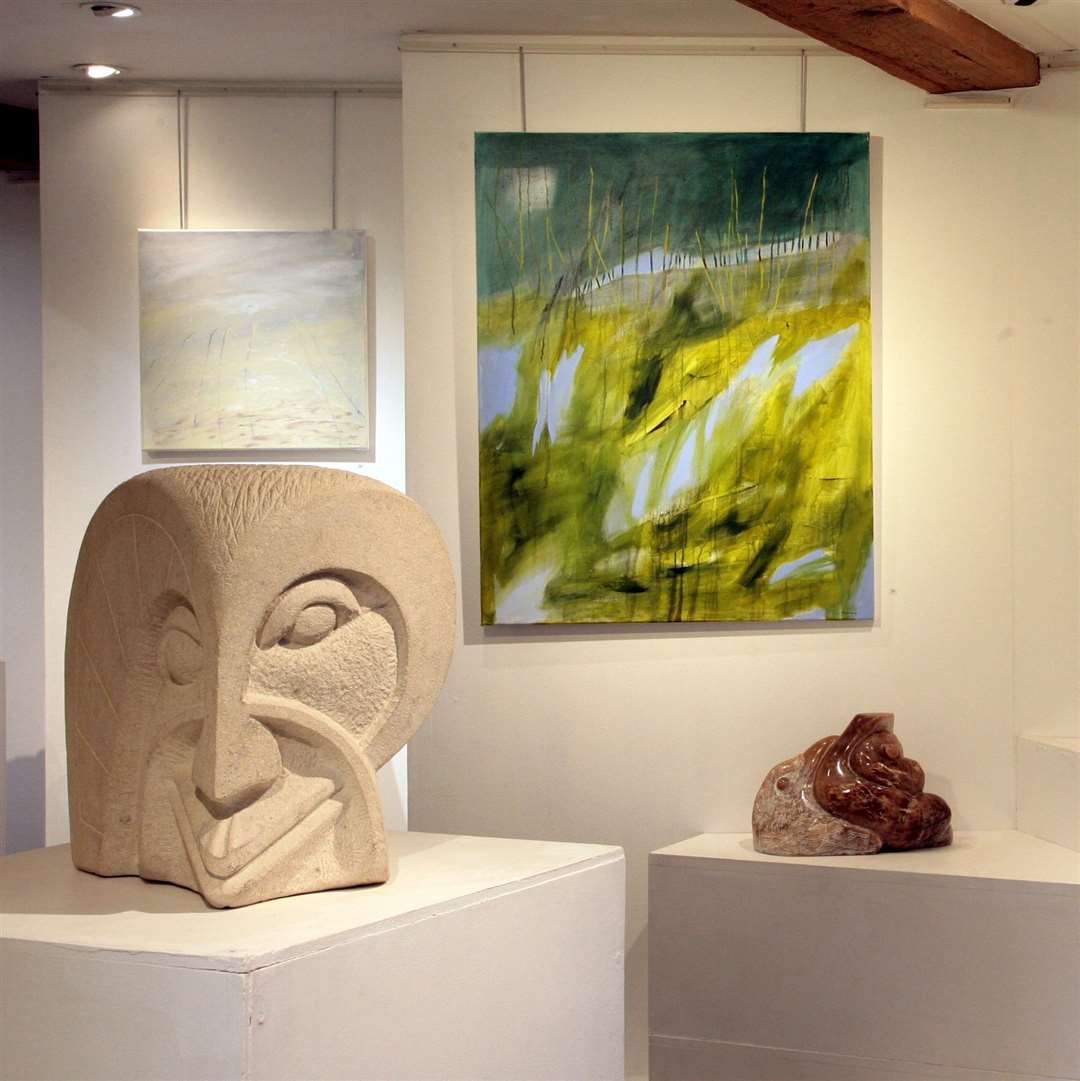