Stansted's Music in the Park family festival on Saturday drew a crowd of hundreds who danced all afternoon and into the evening.

A bill comprising six local acts and one of the country's top covers bands entertained audience members of all ages and John Black, a member of the school's PTA committee, said they were delighted with the success of the event.

"I love the feedback I get on the day – I don't have to hear what people say, I can see it. You can see everyone enjoying themselves and it was just an amazing day," he said.

The Geckos, whose members range in age from 10 to 13 and include a former Bentfield pupil, started proceedings on their festival debut and, despite a few nerves, soon had the crowd on its feet. "They were amazing and the crowd were very appreciative – their proud mums and dads were crying!" said John. 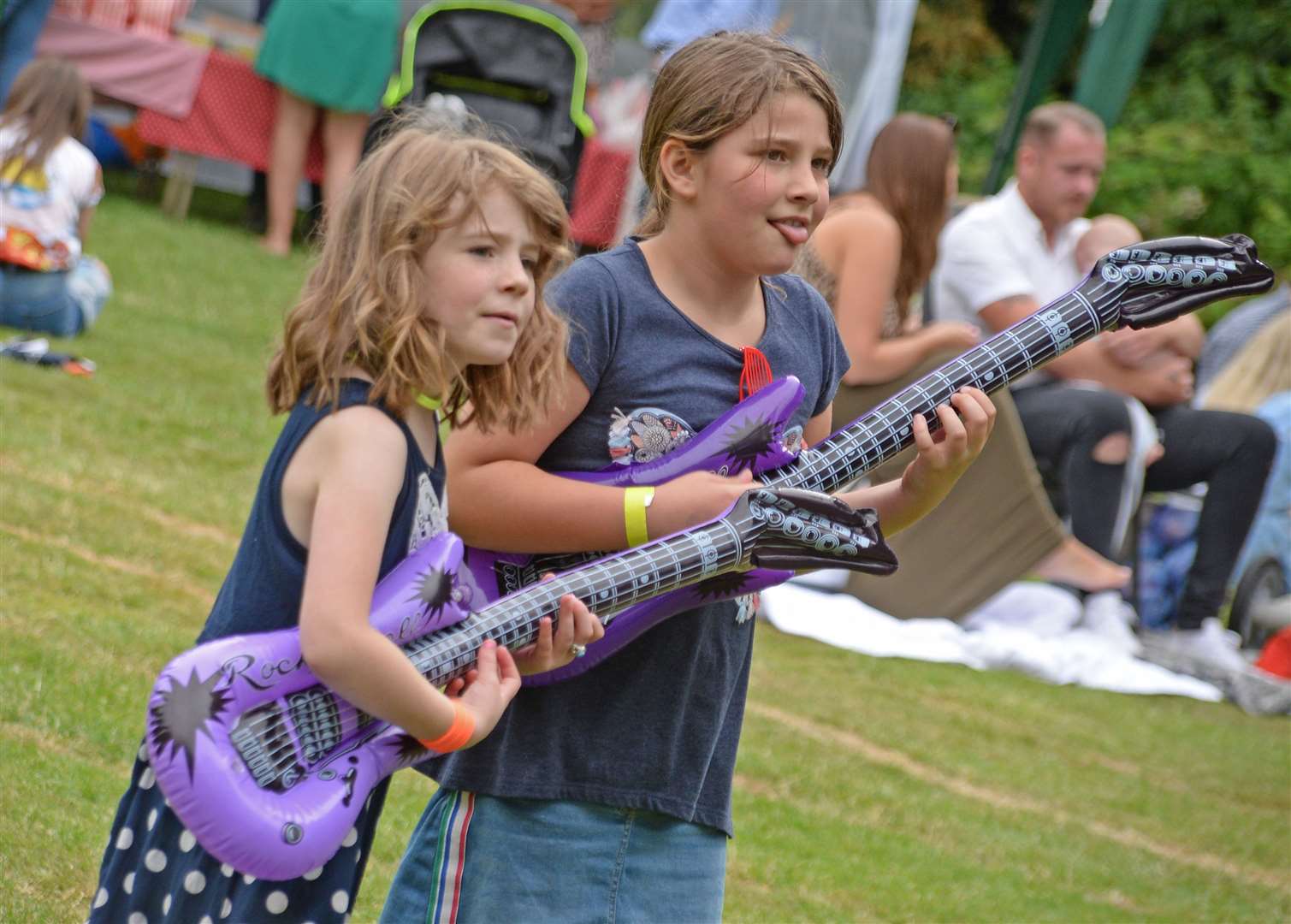 Another former Bentfield boy, singer-songwriter Jay Williams, was next up, followed by guitarist and singer Robyn and then singer Leanne Pharaoh, all making return appearances at Music in the Park.

High-energy four-piece Velvet Tree played an up-tempo set to get the crowd dancing and trio Goat Patrol played classic hits from the past five decades. The event was brought to a close by top covers band The Jarrs.

Billed as a community and family event, the festival provided plenty of fun for younger villagers. There was face-painting and a bouncy castle, a glitter tent and stalls selling sweets, candyfloss, popcorn and ice cream. The barbecue sold out and the bar was mostly drunk dry, added John.

A game of 'Heads and Tails' raised £180 and was won by a young boy called Moses, who donated half his £40 winnings back to the school. "That's one of the touching things about this event: the sense of charity and community," said John.

There were a few hiccups setting up the day before when the hydraulics on the inflatable stage failed and took three hours to fix, and then organisers had to patrol the Rainsford Road site late into the night to ensure everything they had set up was not disturbed.

John said that it was an extraordinary effort from all involved in the planning, set-up and clear-up. He thanked main sponsors K Mosby Financial Associates Ltd, Martin Grant, Bloor Homes, Russell Property and all the other organisations and village businesses that had lent their support.