Hundreds of homes and businesses in at least 35 streets in Bishop's Stortford have been without water for much of today (Tuesday January 21) after a main burst in the town centre in the early hours.

Day students and day boarders at Hockerill Anglo-European College in Dunmow Road were told to stay at home, while the Empire cinema and Nuffield Health gym at the Anchor Street leisure complex were shut.

The source of the problem is pipework beneath the pavement by the River Stort and splash park in Hockerill Street. Thousands of gallons of water were pumping out of the ground during the night from at least 12.30am. 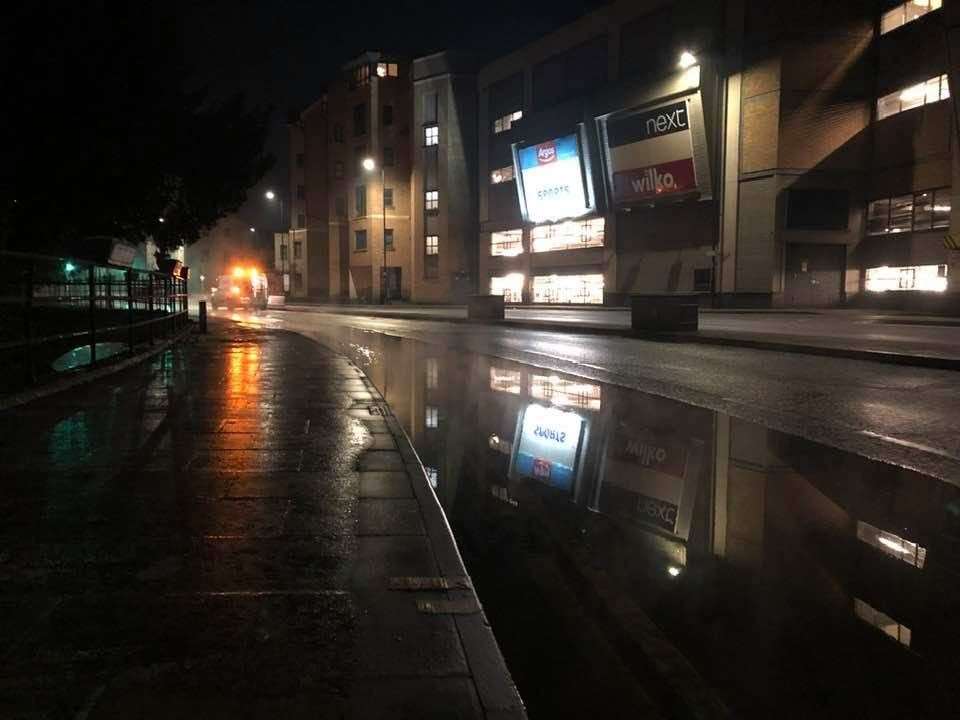 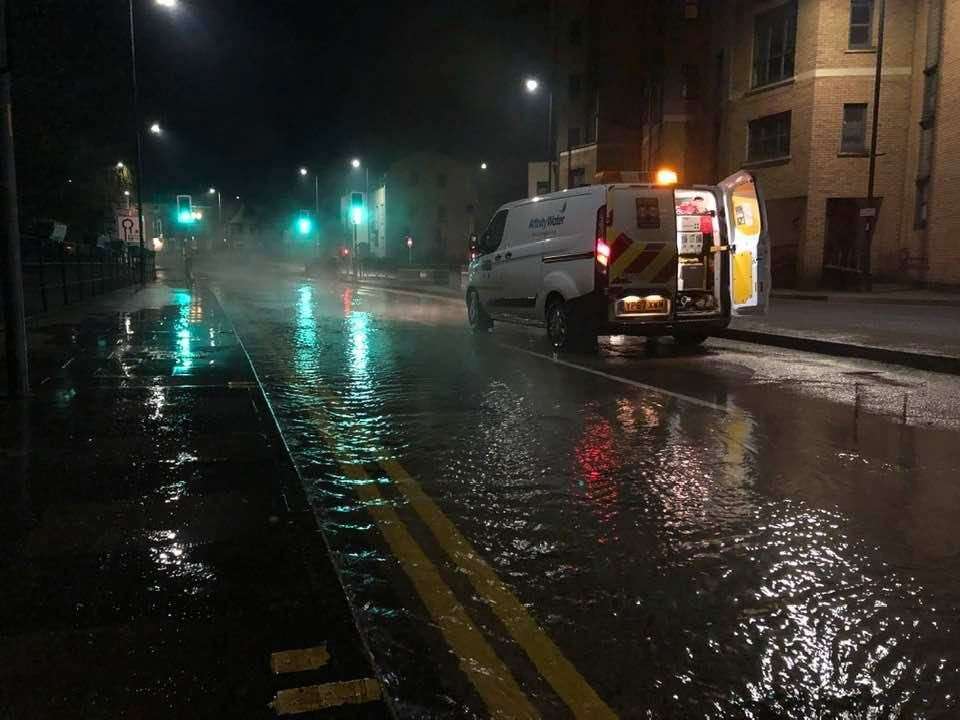 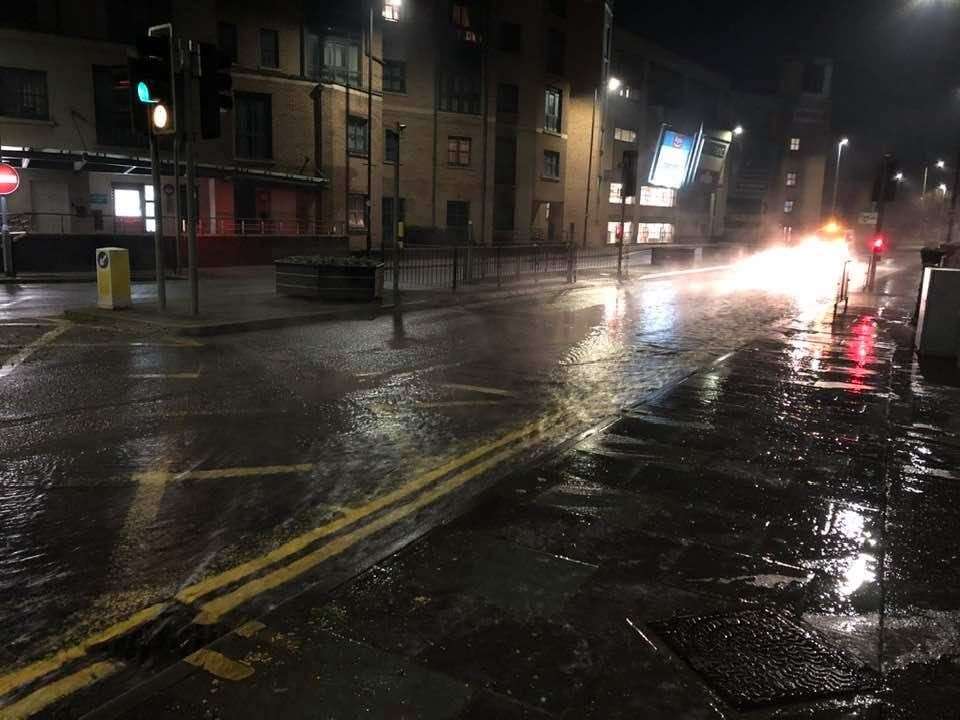 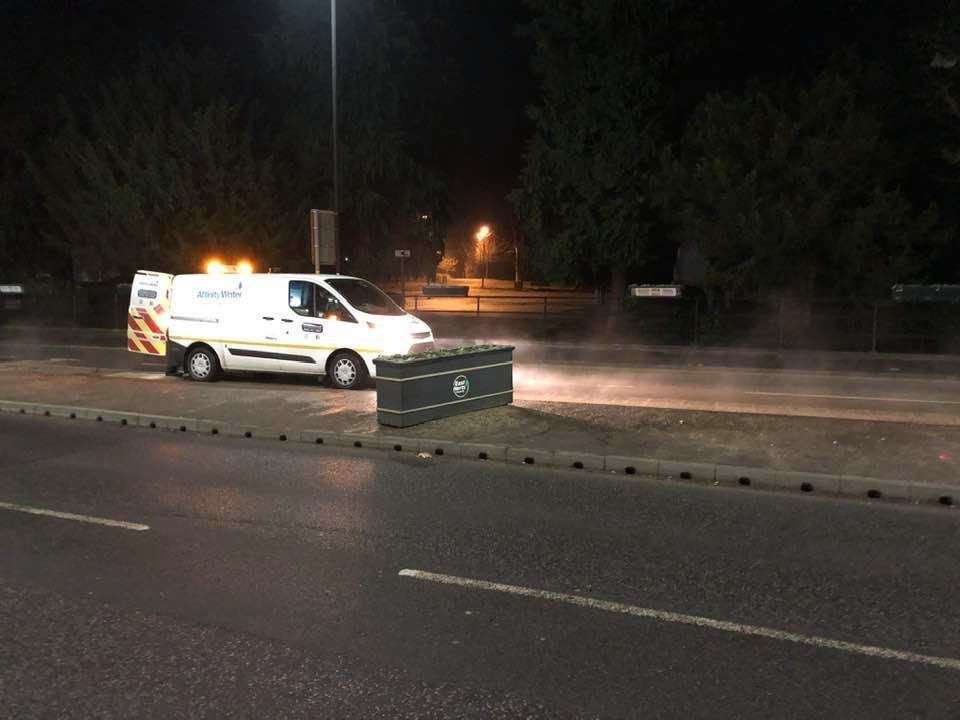 Affinity Water said in a statement at 6.15am that it had restored supplies to all affected customers – but residents in roads including Stansted Road, Dunmow Road and Stortford Hall Park said that they were still without water. The company acknowledged at 6.55am that some customers' supplies were still disrupted.

The burst turned Hockerill Street and The Causeway into a stream as water flowed along the road past the roundabout at the foot of Bridge Street and made the already icy pavement treacherous.

In a statement issued at 4.10am, Affinity Water said: "Our technician has assessed the burst and a repair team are on site, however due to complication locating the burst, we are currently trying to pinpoint the exact location before works to repair the damaged water main can take place."

At 5am, a solitary worker was at the scene, his Affinity Water van parked opposite the entrance to the Jackson Square multi-storey car park in the outside lane of The Causeway, forcing traffic to slow and negotiate the flooded inside lane.

In an update at 3.40pm it said: "Our repair team remain on site and the work to fix the damaged water main continues. We anticipate the work should take approximately 1-2 hours. We are sorry for the disruption to your supply and thank you for your patience. We will update this message again after 5.40pm."

Dozens of streets stretching as far as Haymeads Lane off Dunmow Road, Foxley Drive off Stansted Road and Warwick Road off London Road were affected.

The water company says: "During this time we ask you not to use any electrical appliances that require a water supply, for example washing machines or dishwashers, and to conserve water from storage tanks during the time your water supply is interrupted.

"If you do still have a supply, we would advise you to store some water for drinking, in case your water has to be switched off for a repair to be completed. We are sorry for the inconvenience caused."