Stansted's windmill lit up the night sky as messages of thanks and hope for NHS staff and other key workers were projected onto its body.

The images were live-streamed via the mill's Facebook page last Thursday evening (May 7), while some people gathered at a safe distance to witness the spectacle in person. The footage has since recorded almost 13,000 views online.

Richard Thomas, treasurer of Stansted Millers, said they had received around 80 messages from individuals and organisations in the village for display on the monument's ancient brickwork, which was bathed in blue light in recognition of the NHS.

He said resident Tom Cordory had picked up on a suggestion to turn the mill's lights blue a couple of weeks ago and had worked with the millers and trustees to make it happen. He then came up with the idea of projecting messages.

"People were invited to submit messages of thanks or inspiration and these were projected onto the mill wall after dark," said Richard. "Of course, the intent was not to get a large audience there, so Tudor Owen, our chairman, videoed the show and it was streamed live to the mill Facebook page."

Messages included thanks to the NHS, Essex Police, firefighters, Stansted Surgery, all essential workers and some personal ones that illustrated the impact of coronavirus locally. One read: "Heartfelt gratitude to PAH for saving my friend – Pat". Another was to "midwife Robyn, who caught the virus, beat it and is now back at work". 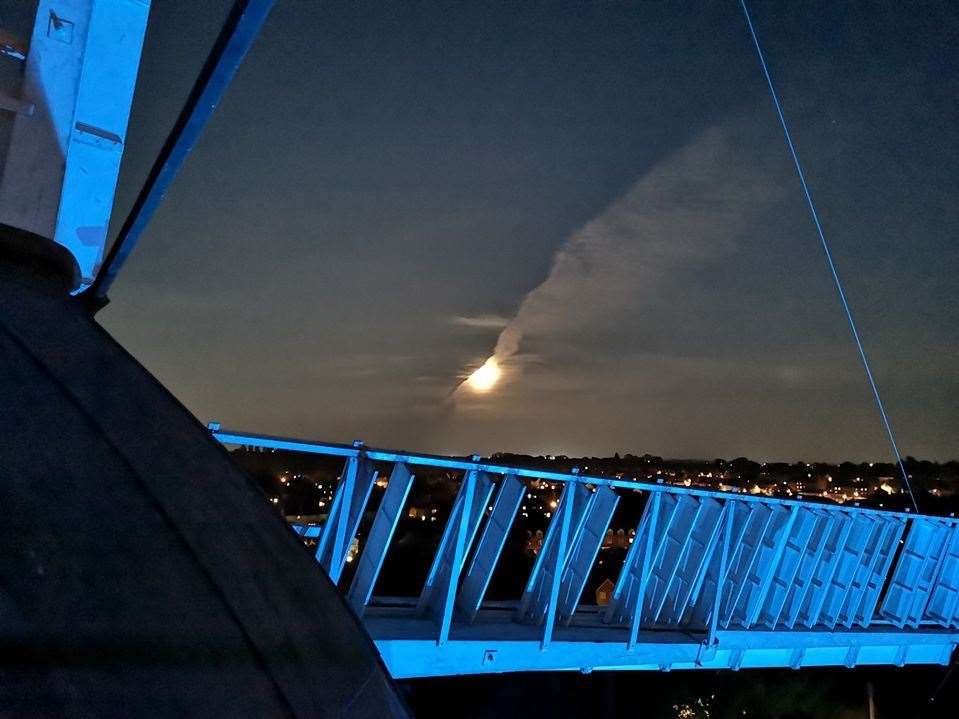