A history lesson has begun at St Mary’s Catholic School in Bishop’s Stortford with an ambitious £5m project to provide facilities fit for the 21st century while preserving the past.

After completing a suite of eight new science laboratories and ten new classrooms in 2018, a year of work has begun on phase three, the renovation of near derelict Victorian and Georgian buildings on the Windhill site.

The structures were once the hub of the Catholic community and hold a special place in the heart of head Andrew Celano.

Little did he realise when he was a student at St Mary’s, that he would return as headmaster and oversee the most important upgrade since a group of Belgian nuns arrived in the town in 1896 and began teaching in Windhill Lodge – the oldest building on the campus – in 1897.

As he surveyed the dilapidated rooms, he said: “This is the biggest development the school has ever known in its history.

“I asked the outgoing head [Anthony Sharpe] if there was anything he wanted to get done that he did not and he felt it was this work.

“I did not think that within my first four years, we would get so much done at the same time as exam results have gone up and up.”

He admitted it had not always been easy to achieve academic excellence in such a challenging environment with a squeeze on space. The five-storey Victorian block at the school’s entrance, which once housed the English department, library and art studios has been largely disused for the past decade while the three-storey Georgian lodge, which will revert to being the school’s administration area, has largely been out of commission since 2015.

He said: “We are building a school fit for purpose in the 21st century. The school has been a bit like a family home that has had one of the rooms out of action. We have coped without that room in operation but it will be lovely to be able to breathe again and have the space as it should be.”

Rejuvenating and reconfiguring them is a mammoth task with underpinning, correction of external walls, replacement of floors and total replacement of windows required. The project also offers the chance to expand the school’s dining space with a basement extension linked to the existing canteen and kitchen.

Across the buildings, the redevelopment is a chance to add insulation and energy efficiency measures as well as complete rewiring and plumbing in classrooms, some of which still have the fittings for gas lights. Ramps and a new platform lift will ensure access for disabled students, but the modern innovations will blend with architectural features. Its iconic east portico, with impressive columns, must be demolished because it is unstable, but will be reinstated to look original.

The school currently has 144 staff and a roll of 1,003 pupils drawn from the town and across the Lea Valley Catholic deanery and Mr Celano said despite the upheaval “the children are really excited and engaged”.

Just before Christmas, Mr Celano and his board of governors showed off the blueprint to the town with a public engagement event and got more positive feedback. While most of the funding has come from the Department for Education, the Catholic community has to find 10% of the finance for a full fit-out.

One of those who attended was the mayor, Cllr George Cutting, who welcomed the school’s efforts to preserve the past. He said: “I am delighted this substantial building is capable of being brought back to good use, far better where possible to restore than demolish such an iconic structure which will provide much-needed space and futureproof the school's capacity requirements.”

Before the construction begins in earnest, this month Mr Celano hopes to invite alumni and the wider community to take a trip down memory lane through the rooms where youngsters have learned for the last century and is asking for those interested in a last look to get in touch. 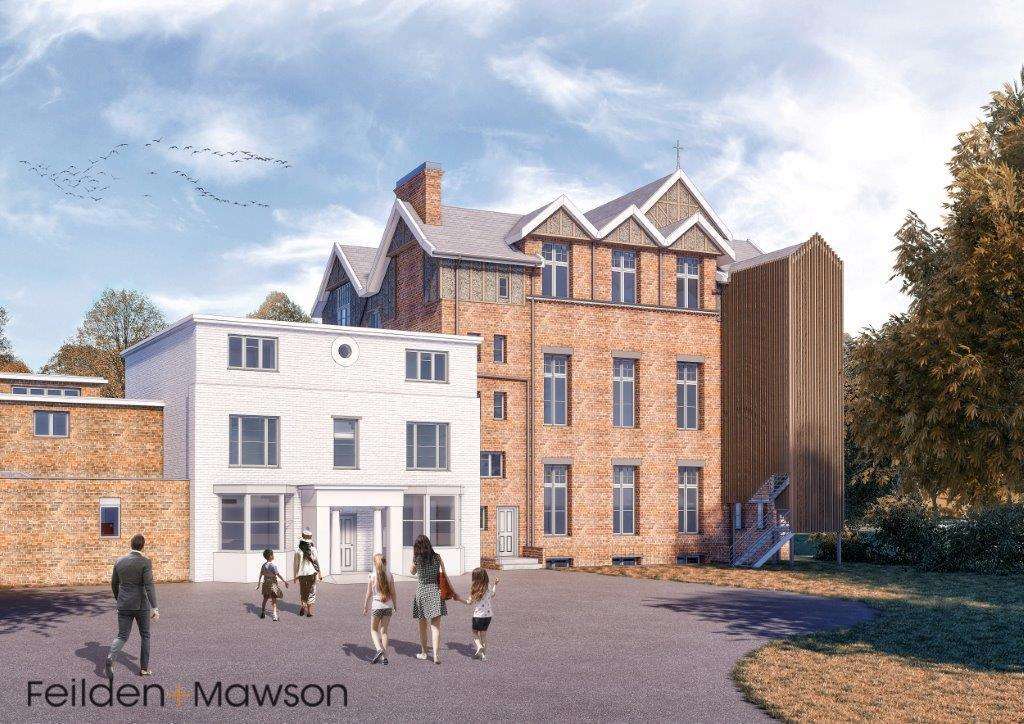 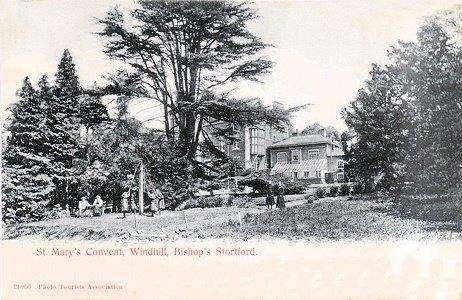