WARNING: This report contains a graphic image of a dead pigeon that some readers might find upsetting

Police have ordered an encampment of two dozen travellers' vehicles at Grange Paddocks in Bishop's Stortford to leave the site straight away as a result of "anti-social issues".

A statement from Hertfordshire Constabulary says: "Due to escalating anti-social issues around the unauthorised encampment at Grange Paddocks, police have served a Section 61 notice this morning (Thursday, April 25) directing them to leave the site immediately.

"Officers will remain on site until it has been cleared before handing the site back to [landowner] East Herts Council.

"We would like to thank members of the public for their patience while we work alongside our partners to resolve the matter."

The development comes after Stortford police and councillors were urging residents to log complaints with the constabulary after allegations that travellers camped there had beheaded pigeons.

One Twitter user, CH, who says that she lives near the leisure centre and sports pitches, took a graphic picture of one of half-a-dozen dead birds she said were scattered around the car park.

On Wednesday (April 24), she used the social media platform to tell East Herts councillors and police: "I have also just come home to about half a dozen dead pigeons in the road and all over the car park.

"All with heads cut off and a group of travellers with one in their hand.

"This is unacceptable, there has been a distinct lack of communication with local residents."

She added that children should not have to see such a distressing sight and complained: "What we as residents would like done is not to have to step over dead birds, be able to use our fields to walk our dogs, to be able to park our cars without concern and not to be intimidated. There is a real lack of appreciation for those living within the immediate location."

The Indie learned on Thursday morning that EHC chief executive Liz Watts was talking to police about the beheading claims.

Officers and the council were also alerted to an incident in which two teenage traveller boys were seen throwing stones at a duck in the River Stort. One of the boys was carrying a powerful catapult. When they refused to stop stoning the wildlife, the witness reported the pair to police at the scene.

Cllrs Keith Warnell and John Wyllie have been keeping a close eye on the situation. Soon after the convoy of caravans and motor homes started to arrive on Tuesday evening (April 23) they visited the site, where police have maintained a presence along with a security officer.

The message from both Conservative councillors was that residents must report any allegations of criminal behaviour to police by calling 101. Cllr Wyllie said the beheading of the birds was "disgusting" but added it was important not to point the finger of blame without proof of guilt.

By Thursday afternoon, the travellers had been evicted from the site. 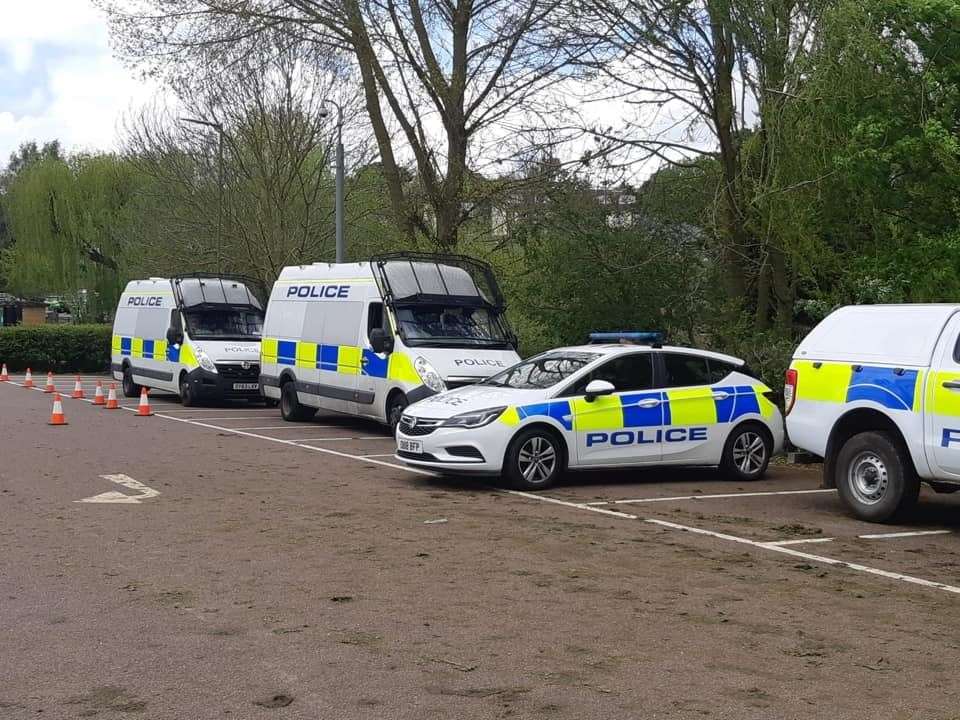 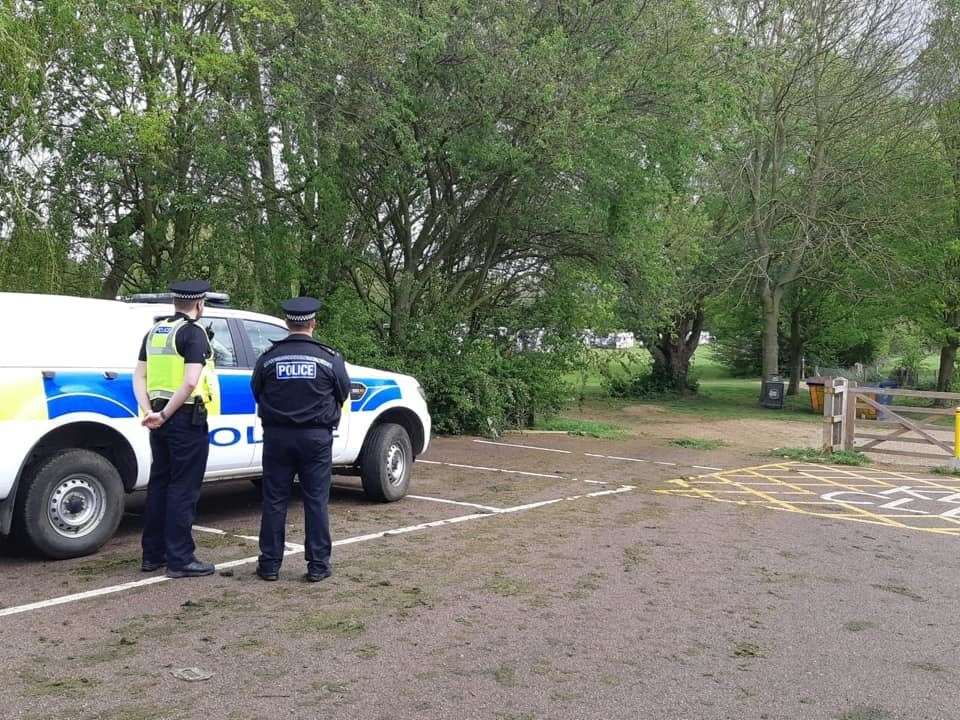 An East Herts Council spokesperson said: "We can confirm the site has now been cleared and we would like to thank our police colleagues for their support in helping to resolve the situation so swiftly and our residents and leisure centre users for their patience and understanding."