River threatens to burst its banks in Bishop's Stortford, flood warning issued for Stort at Clavering and Manuden, and Farnham cut off again

The River Stort is threatening to burst its banks in Bishop's Stortford town centre after more than an inch of rain in 36 hours.

Water from the fast-flowing river is beginning to lap onto the footpath by the Anchor Street leisure complex and levels are rising.

A flood alert – meaning "flooding is possible, be prepared" – has been issued by the Environment Agency (EA) for the River Stort and Stansted Brook catchment. 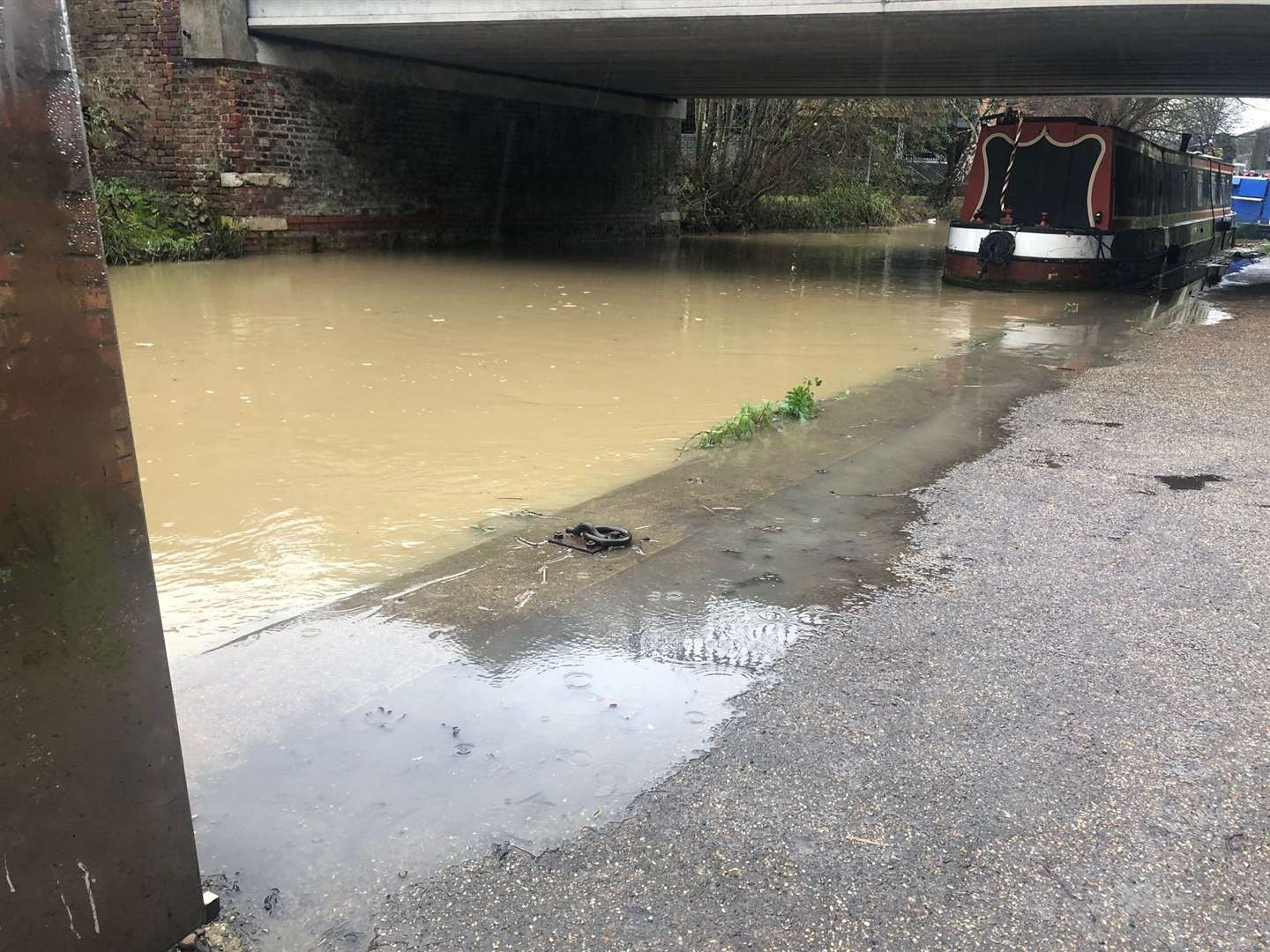 A more serious flood warning – meaning "flooding is expected, immediate action required" – is in place for the Stort at Clavering and Manuden. Across the country, 26 flood warnings and 133 flood alerts have been issued.

Farnham has once again been virtually cut off, the River Ash ford at Much Hadham is flooded by water 4ft 6in deep and traffic through Spellbrook was forced to use a layby to negotiate the flooded A1184.

East Herts police tweeted a photo of a car stuck in floodwater on the road between the Hadhams, at the junction with Bromley Lane, and said: "Due to heavy rain, there is a lot of flooding and road closures across the district – is your journey necessary?"

The EA said: "Overnight into Thursday we have seen consistent heavy rainfall across the area. This has caused rivers and streams to rise. The main area of concern is currently Clavering and Manuden, where river levels have risen the most.

"There is likely to be flooding to low-lying land and roads close to the river throughout the day on Thursday. Flooding from surface water, where water gathers and flows off road surfaces, could also occur.

"Other areas of the Stort catchment are likely to see flooding later in the day. We expect the river to remain high today as further rain is forecast during the day. We are closely monitoring the situation and will issue a flood warning if property flooding is expected." From 12am to 2pm on Thursday, 20.8mm of rain had fallen in Stortford – more than twice the 9.8mm that fell in the whole of Wednesday. The ground was already saturated, hence the flooding.

The EA said that the flood warning for the Stort at Clavering and Manuden meant there was a risk of properties being flooded.

"River levels will remain high throughout the day and any flooding could continue for a number of hours. Flood waters may be deep and fast-flowing in all these areas. Residents are strongly urged to take action now and monitor local water levels. Remain safe and be aware of your local surroundings." A resident in Farnham emailed the Indie to say that the village was virtually cut off again due to flooding. The main Farnham Road is under deep water and the ford at Hazel End Road is "the deepest it's ever been".

"The only way into the village is via Albury (Upwick road) which is not suitable for the amount of traffic as well as many potholes.

"Farnham Road floods frequently and villagers complain to environmental agencies each time, but no one takes it seriously.

"Emergency services cannot reach the village. Last time the school was closed, and the time before the school bus broke down and had to wait for the fire department to come and rescue the kids on the bus."