A striking piece of contemporary art by a Dutch artist is a talking point at Harlow's Gibberd Garden.

The installation, titled Green / Blue, is one of the final projects for the region-wide arts commissioning programme New Geographies.

Krijn de Koning, 57, personally picked the grade II open space – widely acknowledged to be one of the most important 20th-century gardens in the UK – as the perfect location for his sculpture.

He said: "The whole installation creates a spatial game of see-through, obstruction and framing that investigates the interaction between the specific iconography of an object, in this case the trees, and the experience of a place, which is of a much wider character.

"The trees are as central and important as the work that surrounds them, they belong to each other. The situation is in balance, but together they put a lot of particular focus and attention to the place."

At the core of de Koning's artistic practice is perception and interaction with spaces. Working within different environments – such as Compton Verney, Edinburgh College of Art and Folkstone Triennial – he creates geometric structures which are in dialogue with their locations.

That is a theme throughout the nine-acre Gibberd Garden, which was owned and designed by leading post-war architect, town planner and landscape designer Sir Frederick Gibberd, who died in 1984 at the age of 76.

The master planner of Harlow New Town and designer of iconic buildings – such as Liverpool Metropolitan Cathedral, London Central Mosque in Regent's Park, Heathrow Airport terminals and Didcot power station in Oxfordshire – divided his garden into separate 'rooms'. Scattered throughout were eccentric works of art and the paraphernalia leftover from Gibberd's various builds.

This characterising the garden as 'rooms' inspired de Koning to design a structure made up of several different compartments.

The result, part architecture and part sculpture, encourages the viewer to become an active participant in the work, looking around its walls and stepping through its openings as they navigate the garden space. 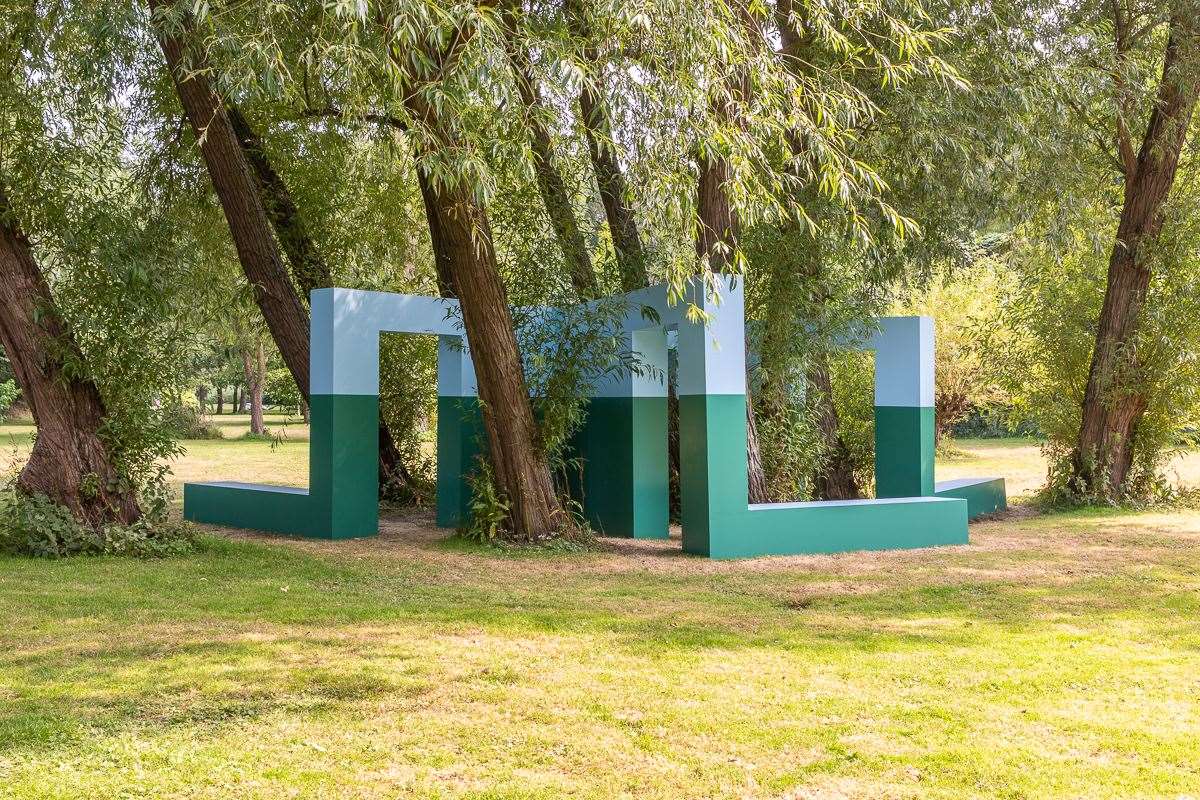 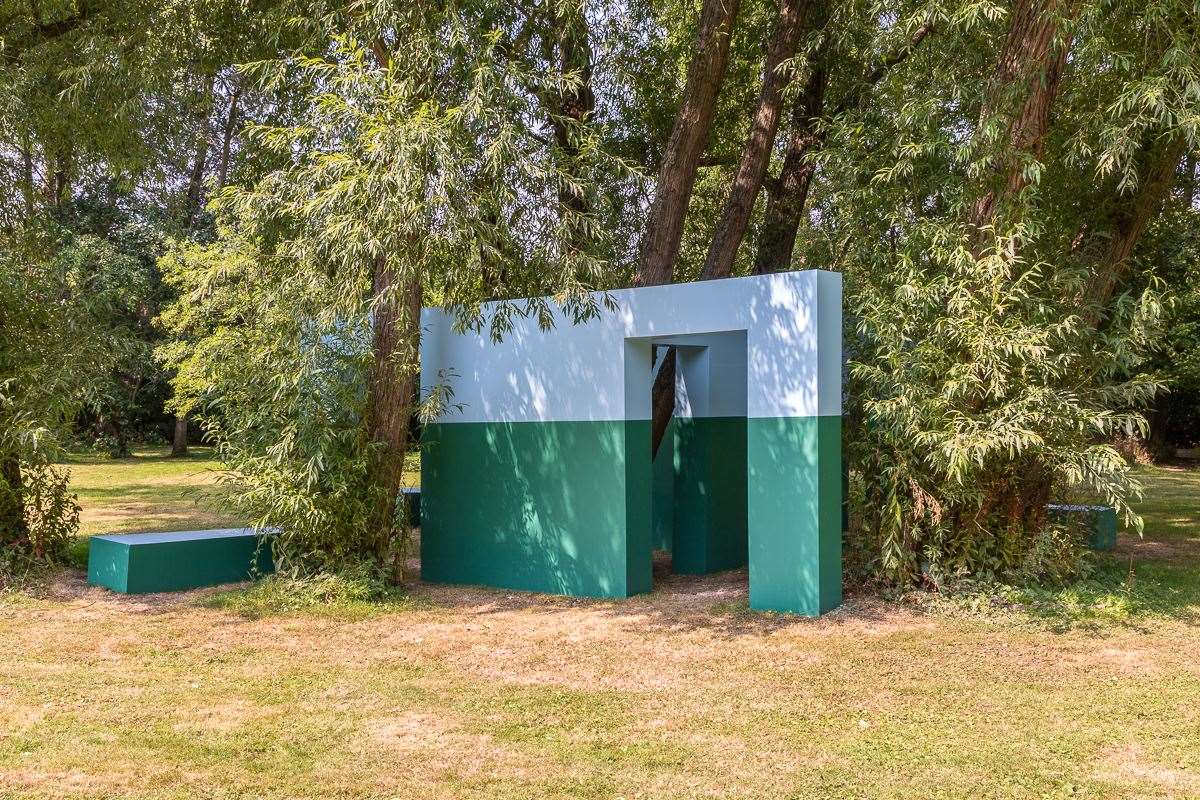 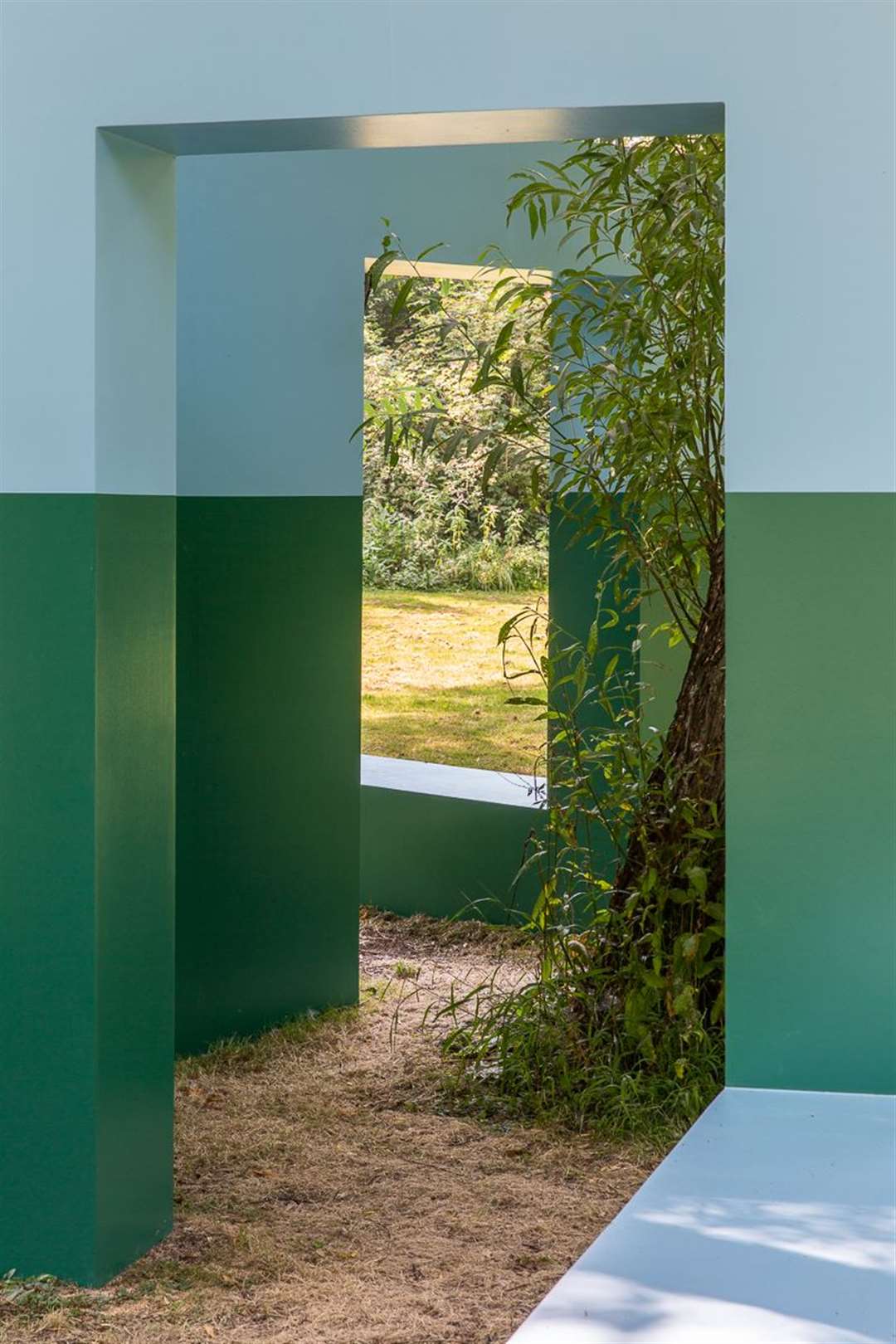 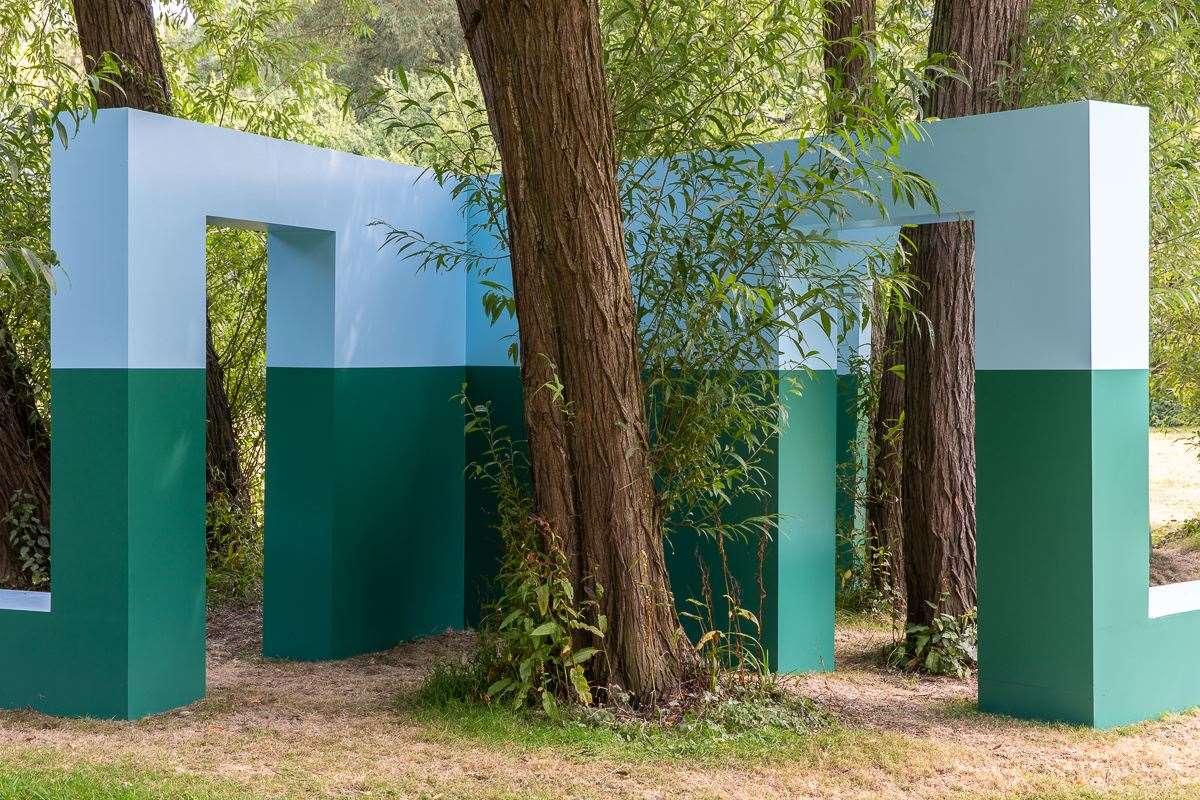 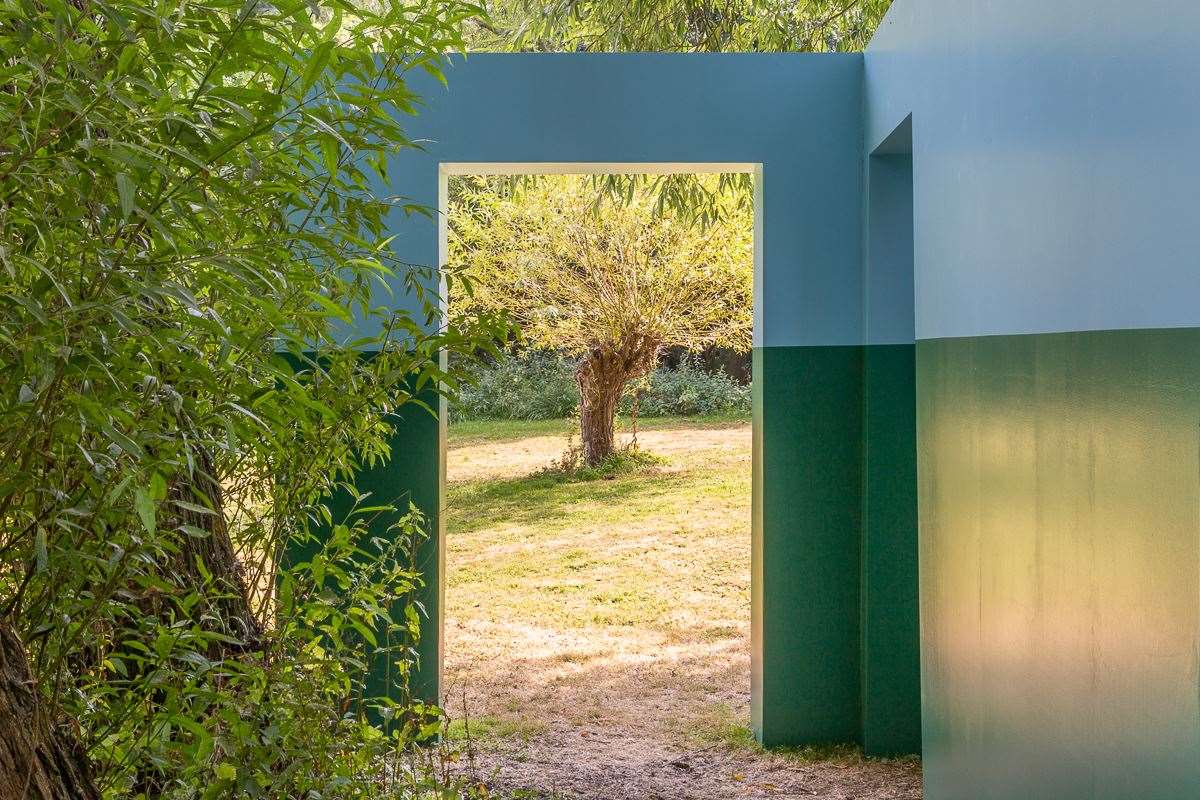 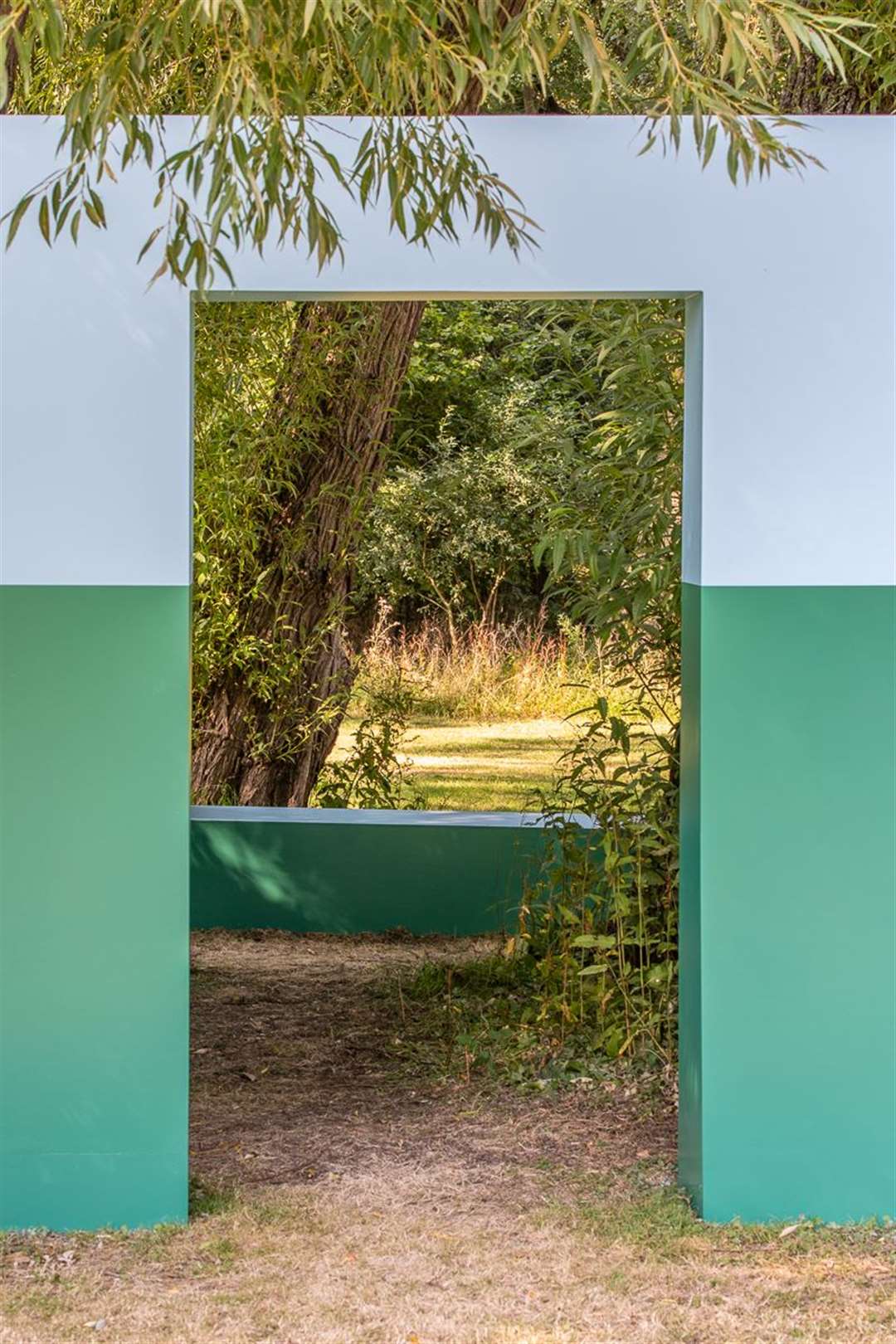 It was created in partnership with UH Arts, the University of Hertfordshire's arts and cultural programme, and the Gibberd Garden Trust.

Trustee Mac Quinton said: "Krijn has picked up Gibberd's concept of the garden as a series of rooms in his sculpture but reinterprets it in his own way. There are walls, but they are interlinked. They are placed in, and relate to, a group of existing trees.

"As you walk around the sculpture, you notice that the walls have some small openings, which give glimpses of the trees in an intriguing way. Other openings entice you to move through them and, in so doing, obtain a completely new perspective.

"I think it's a wonderful and respectful homage to the garden's original design."

The installation will be at the Gibberd Garden until October 25. The landmark is open Wednesdays and Sundays from 2pm to 5pm (last entry at 4pm). Tickets cost £5 for adults, £4 for concessions and £1 for children aged 5 to 16.

For further information and the latest updates, see https://www.thegibberdgarden.co.uk/visitor-information-2020/ .