Exploding aerosol cans scattered across the M11 as a lorry turned into a fireball, forcing the police to shut the motorway in both directions.

Five appliances from Stansted, Newport and Dunmow stations plus two from Saffron Walden and an incident command vehicle from Hawkwell, near Southend-on-Sea tackled the blaze between Duxford (Junction 10) and Stansted Airport (Junction 8) at 4.57pm. They found an HGV engulfed by flames and belching black smoke which could be seen from Cambridge.

By 6.30pm, the fire was under control but it was clear that debris from the incident and damage to the surface and safety barriers would keep the road closed for some time.

Crews left the scene at around 8.20pm, with Highways England and Essex Police continuing to work on the carriageway to open it as soon as possible.

Station manager Dave Bond said: "The articulated lorry was carrying aerosol cans which exploded and scattered across both sides of the carriageway. Thankfully the driver was not badly hurt.

"I must praise crews who worked extremely hard to establish a water supply in such a remote location and quickly got the incident under control.

"I would like to thank everyone involved in bringing this incident to a safe conclusion – and in particular our control team who received dozens of calls with conflicting reports but still managed to get crews to the scene quickly."

Essex Police officers worked through the evening to clear the motorway and just before midnight, the force confirmed it had guided cars off the northbound and southbound carriageways of the M11 between Junctions 8 and 10. Lorry drivers were taking enforced rest on the southbound carriageway while the road was resurfaced overnight. Other motorists faced detours of up to 40 miles to continue their journeys.

Just before 9am today (Thursday, July 15), the agency confirmed that the motorway between Junction 9 and Junction 8 southbound had finally reopened but lane 2 remained out of use because of fire damage to the central safety barrier. 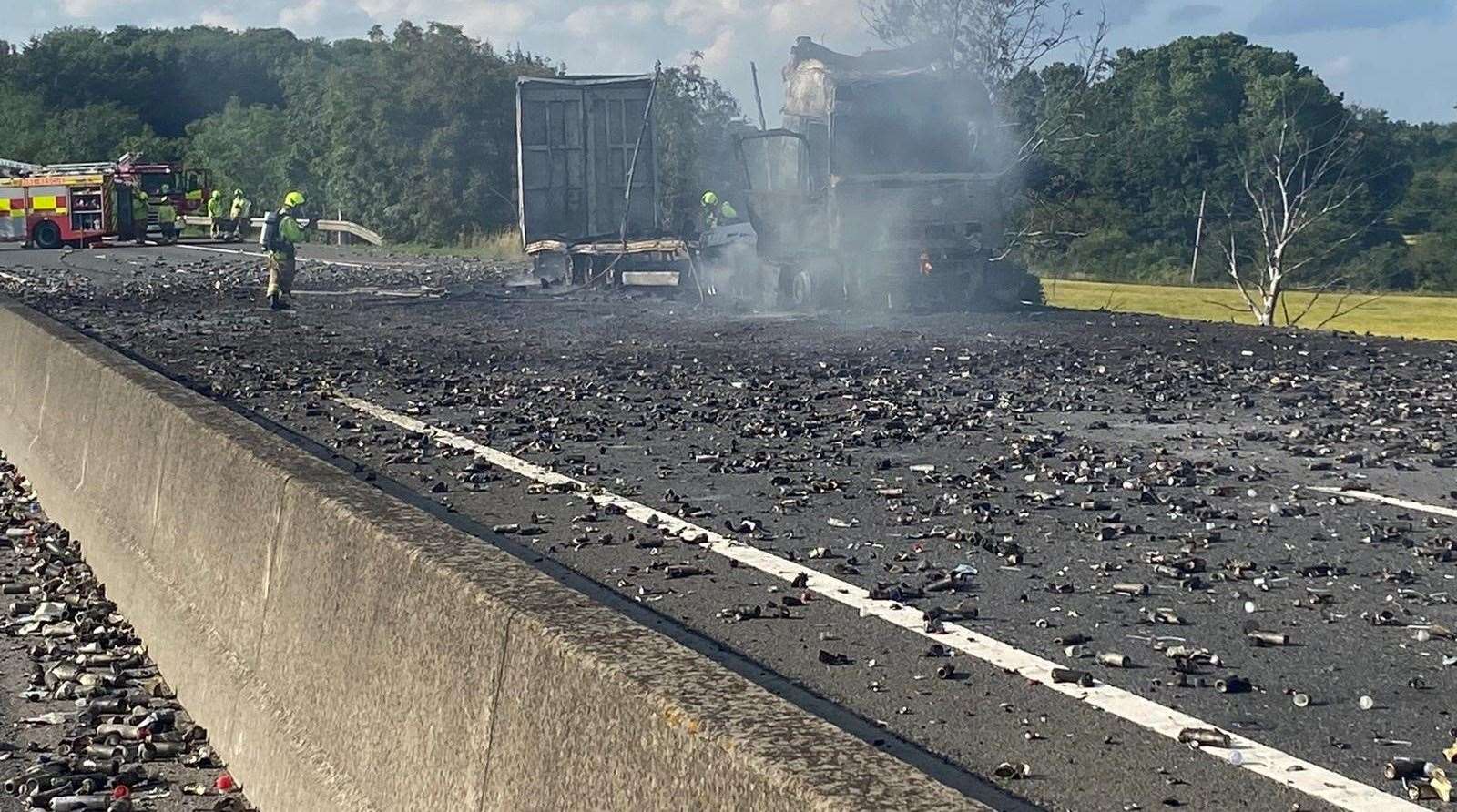 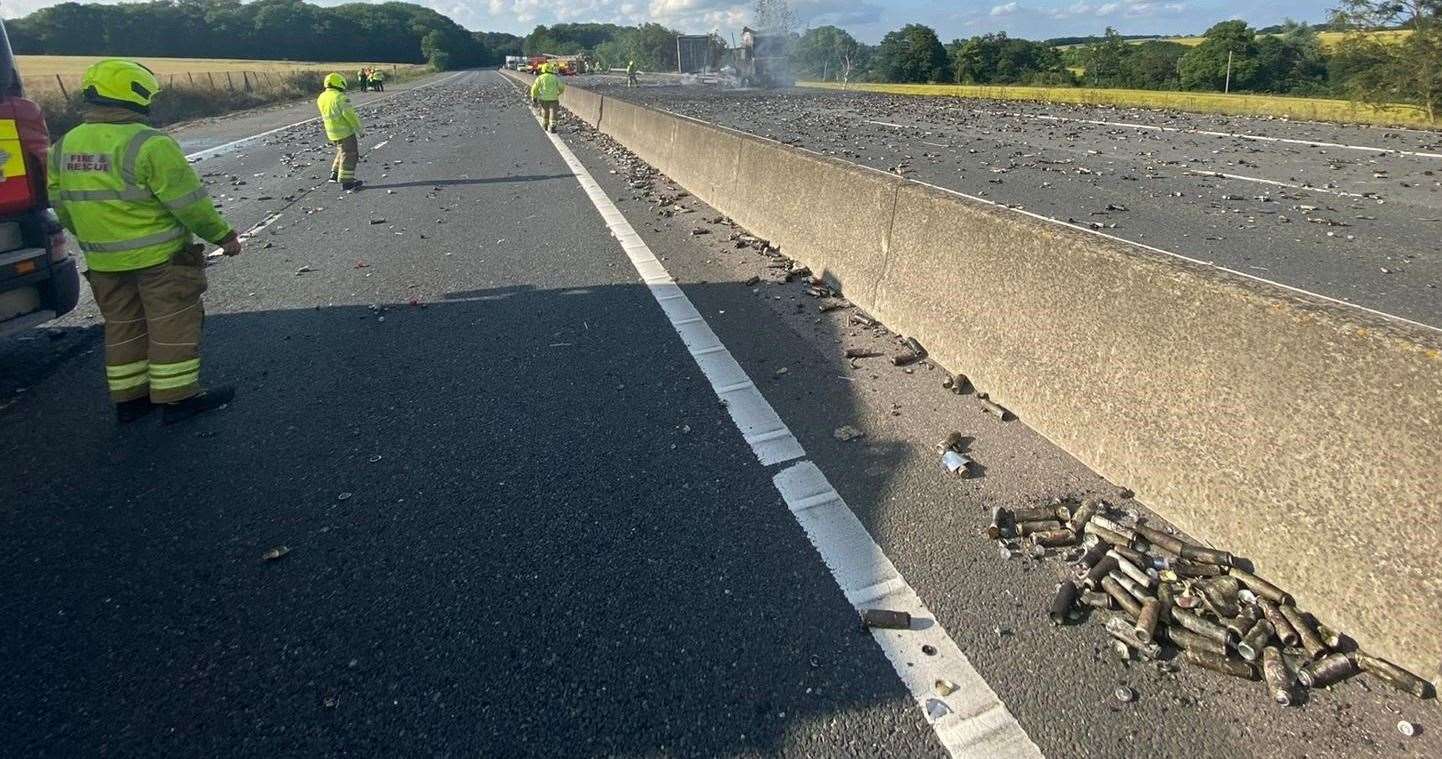 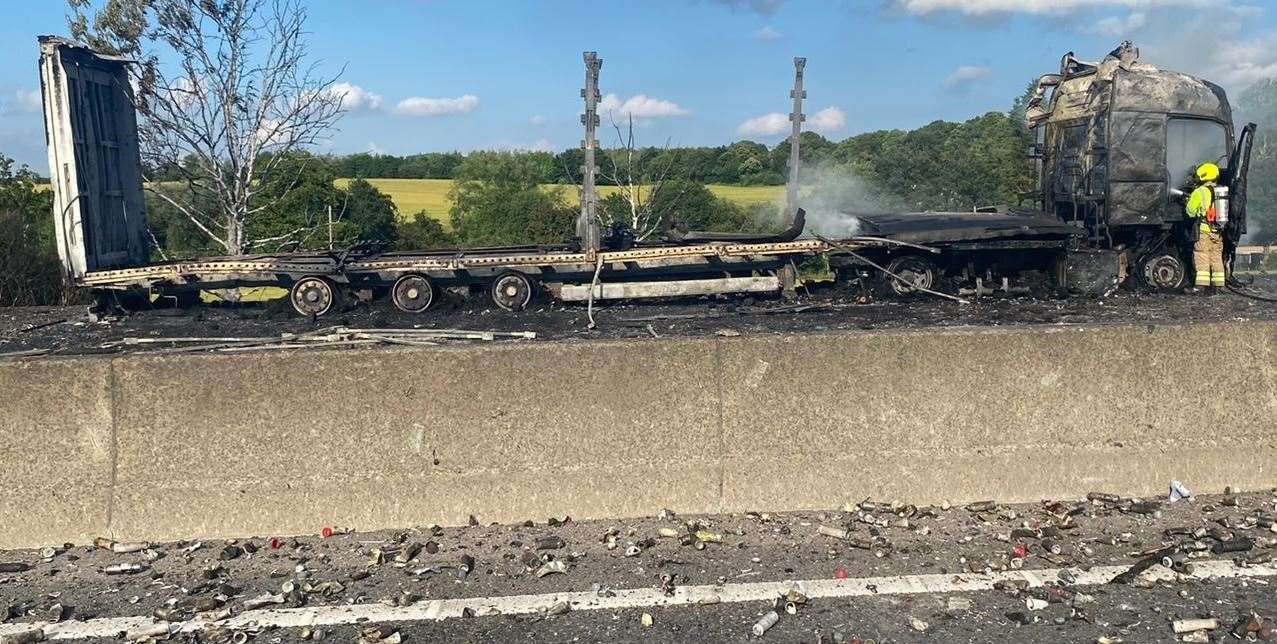