A Stansted florist says she has been overwhelmed by the community’s response after she left floral gifts dotted around the village for people to find.

Paris Legore, 31, who has run the Lower Street business of the same name for almost eight years, placed 15 small bouquets and plants as a thank-you to everyone who had supported her, particularly for Mother's Day, and to brighten someone's day during the coronavirus lockdown.

It prompted a flood of gratitude on social media from the lucky recipients, who included Mountfitchet Care Home, a mother and her children, and a woman who had just lost a friend to cancer.

“I thought we'd be able to keep the business going until Boris said otherwise, but then he said 'otherwise' and I thought ‘What are we going to do?’ I had these plants left over and thought they would be nice for people to find during their daily exercise,” said Paris.

“So we dropped them all round the village in spots where people would go, like benches and footpaths and the church, and then people started posting that they had found them. It was really lovely and really touching.

“I’ve had so much support from so many people so I wanted to give something back because we know it’s going to be a hard time. And it was really lovely to get this response."

Each plant had the note: "Where flowers bloom, so does hope – these are gifted to whoever finds them first!"

Villager Jennifer Bone found one and posted on Facebook: "Thank you so much Paris Legore. After feeling cooped up inside, this gift certainly brightened up my day."

"These have made mine and the kids' day," said Nikki Gorton-Kenworthy.

"Oh you guys are the best. Was feeling really lonely all day on my own and this brightened my day," said Felicity Sutton.

"The cutest idea! Bringing smiles to everyone – thank you," said Alyssa Walker.

And Nicola Fleet left a moving message: "Last night a very dear friend passed away after a long battle with cancer. Today was difficult enough... my son threw my daughter's netball over the fence so she had to go and retrieve it, and just as I was about to lose the plot, she came back with these. So thank you."

Paris, who lives in Stansted with 18-month old daughter Savannah, said: "I've worked so hard and I was so emotional at having to close the doors so all those messages meant so much." 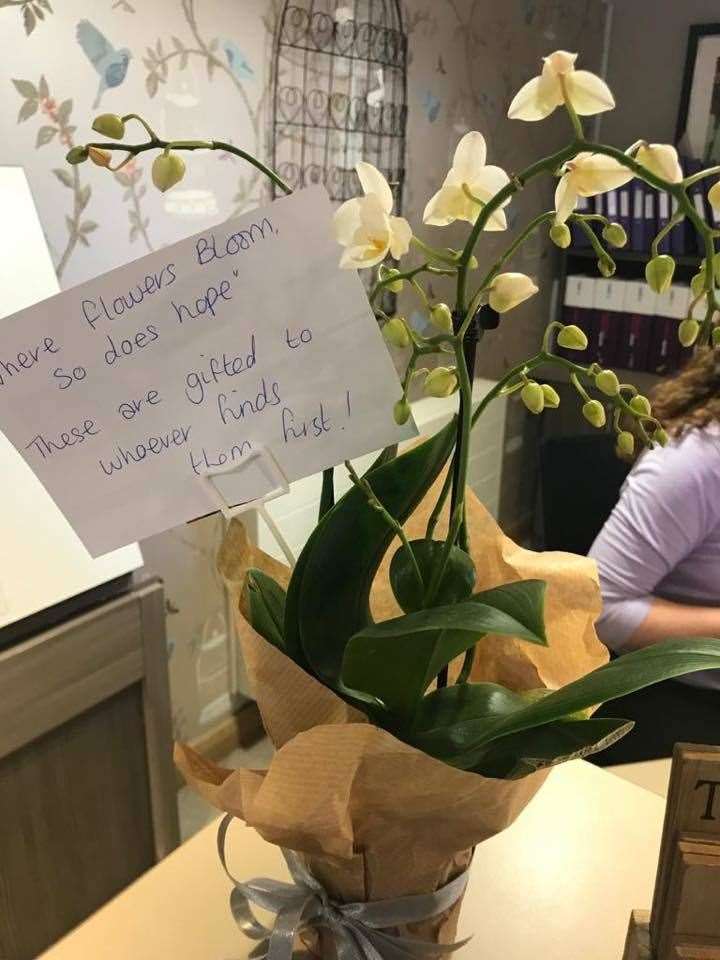