Three siblings returned to Stansted on Sunday to pay tribute to their father who was killed in action during the Second World War.

Kathleen Mitchell, 88, and James and Brian Patmore, 85 and 79 respectively, attended the village Remembrance Sunday service as they have done for more than 20 years, joined by members of their extended family.

Their father, Leading Seaman Herbert William Patmore, of the Royal Navy, was 38 when he died aboard HMS Fearless during the battle for Crete in July 1941, leaving their mother a widow with three young children to bring up in London.

His name appears on Stansted’s war memorial in Chapel Hill along with several other Patmore relatives killed during the First World War.

James, of Lewes in Sussex, said his father’s family came from the village and despite the trio moving away as they grew up and married, they always reunited to pay their respects, travelling from Kent, Sussex, Herts and Essex to be there.

“I was seven when he died, my sister was nine and my brother was just a baby. I was old enough to remember it happening and it was awful and I don’t know how my mother did it, bringing us up on her own during the Blitz.

“We used to think that was absolutely marvellous – it’s quite emotional for me,” he said fighting back the tears. “We want to keep his memory going, he was our hero.”

James said the family changed their social media profile pictures to a photograph of his father during the Remembrance period so as not to forget him.

Following the service, the Patmores presented the children from St Mary’s CoE Primary School, who had read out the names on the war memorial, with gifts of chocolates as a thank you for their participation. 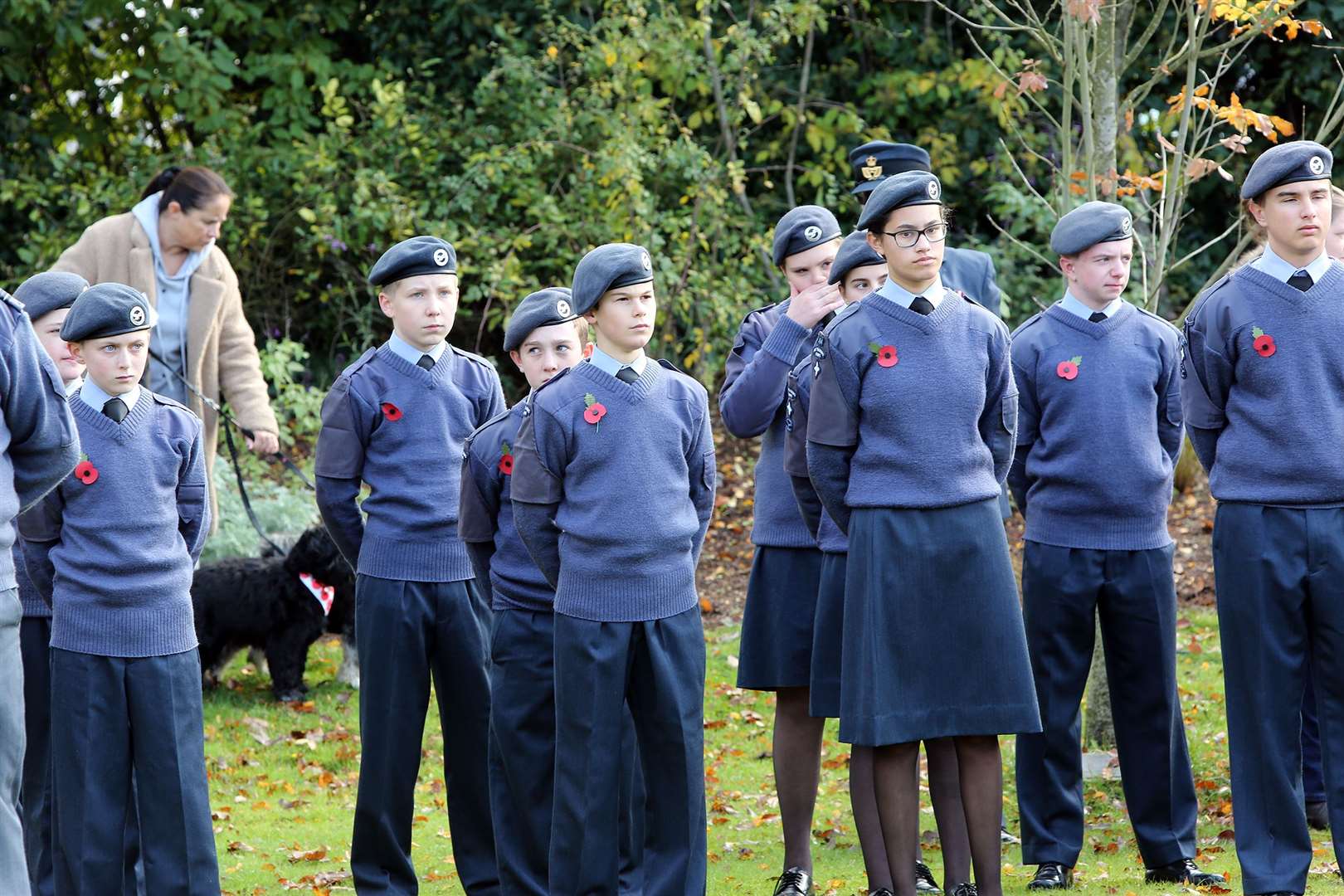 They then met with parish council chair Maureen Caton and other dignitaries who attended the Remembrance event.

Mrs Caton said Sunday’s service was extremely well attended with a bigger turnout than last year. “It was a very big turnout and a special event. There was a big contingent from Carver Barracks, 30 air cadets, the Brownies and Scouts and schools and parish and district councillors.”

The parade of groups and dignitaries set off from Crafton Green to walk down Chapel Hill to the Memorial Gardens where they each laid a wreath in memory of the fallen.