Rocket scientist Jack Heslewood is over the moon after he showed off his star quality to become the first Englishman to win the Mister World title.

He defeated 99 rivals in a three-week competition which tested their strength and endurance, sporting prowess, talent and creativity, runway presence and fashion sense, and social media skills.

Jack, whose family home is in Little Hallingbury, scored highly across the board, using his experience as a former Ironman triathlete, modelling expertise and self-taught drumming skills to entertain the crowds, impress the judges and win points.

He was keen to emphasise: “The competition is about being a well-rounded person with a big heart, not a six-pack and abs.”

Kirsty and Jack were the first siblings to compete in the Miss World and Mister World pageants. Kirsty proudly watched Jack’s progress from the UK with big sister Karina while mum Kerry and dad John travelled with him to Quezon City.

He was presented with the sash by the previous winner, Indian model, actor and TV personality Rohit Khandelwal, the first ever Asian to be crowned Mister World, in the 2016 contest.

Jack said: “I’m over the moon, it’s absolutely incredible. It hasn’t really sunk in yet. I have to keep reminding myself that I am Mister World.”

He hopes to use his reign to discuss global warming and highlight climate change charities as well as the competition’s Beauty With A Purpose’s work with sick and disadvantaged children.

Jack hopes his scientific background – he has a degree in aerospace engineering and worked as a structural design engineer at Marshall Aerospace in Cambridge – will come to the fore during this campaigning.

He said: “I want to focus on education around climate change. I want to share my own expertise with technology as a way to help solve some of the world’s problems and to inspire people to study and learn and carry on being curious about science.”

While he will be travelling the world spreading that message, he also intends to continue his engineering career, with the next step of setting up his own business, which will use artificial intelligence to boost trade. He previously won a place on American university Stanford’s business accelerator programme.

Jack was crowned Mister World on Friday August 23 and returned to the UK on bank holiday Monday to meet up with his girlfriend of two years, Niamh Taylor, 22, who is the current Miss Preston. 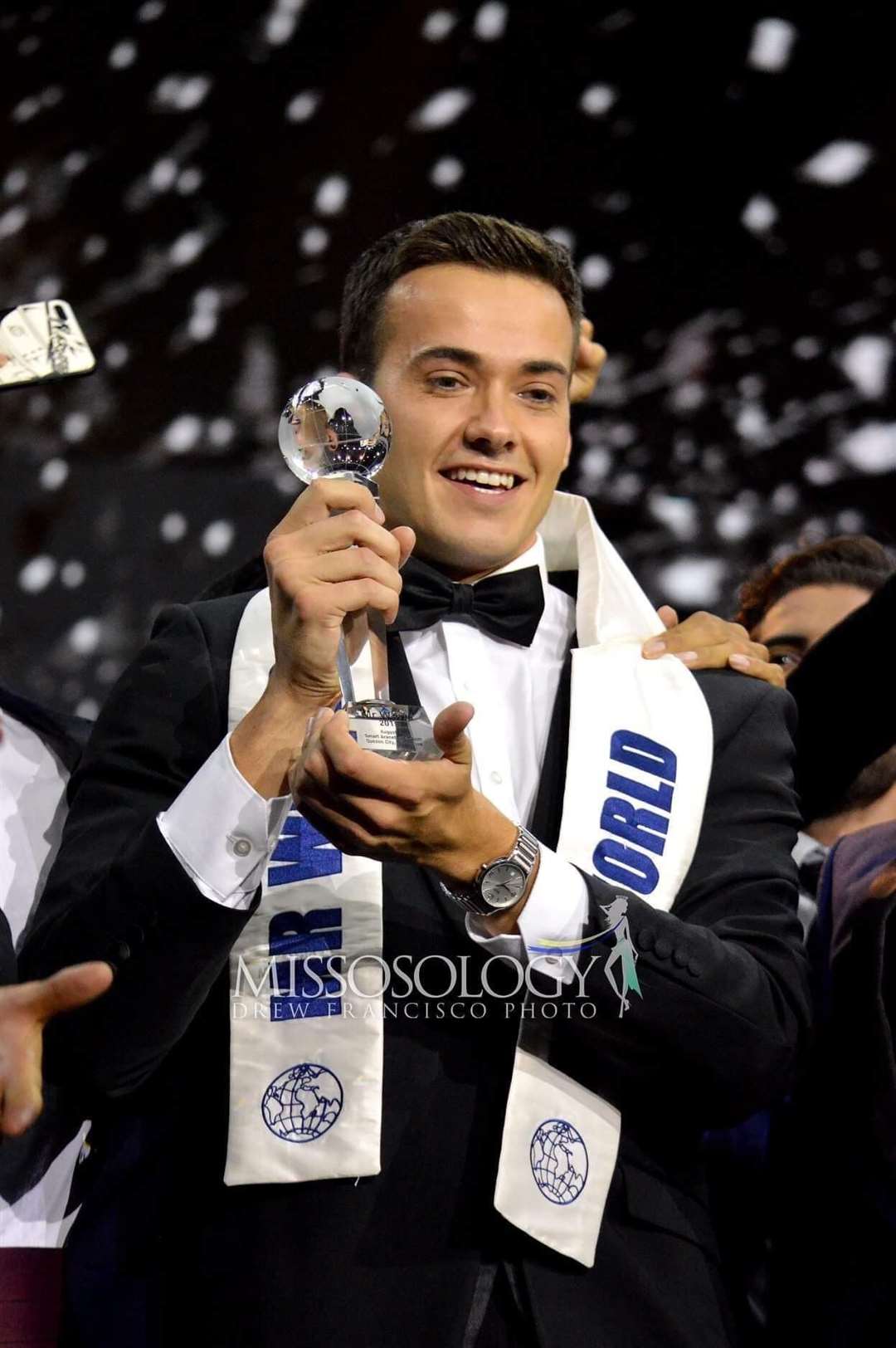