The demolition of a popular music and comedy venue in Bishop’s Stortford has been confirmed by East Herts Council (EHC).

Instead, the authority has committed to making a concerted effort to create performance space elsewhere for the town to replace the Water Lane United Reformed Church Hall.

There was cross-party support for the proposals at a council meeting last Thursday (April 29) after members were told it was not practical to repair or refurbish the building as part of the Old River Lane (ORL) development in the Causeway. The town’s arts community and opposition parties had protested against its demolition for car parking, especially after plans for an arts centre on the site were downgraded to save money.

At last week’s EHC annual general meeting, Bishop’s Stortford Liberal Democrats Mione Goldspink and Chris Wilson tabled a motion to save the URC hall – home of the Laughing Bishops Comedy Club and a venue for gigs in recent years by Martha and the Vandellas and Uncle Funk – or secure its replacement elsewhere on the ORL site. 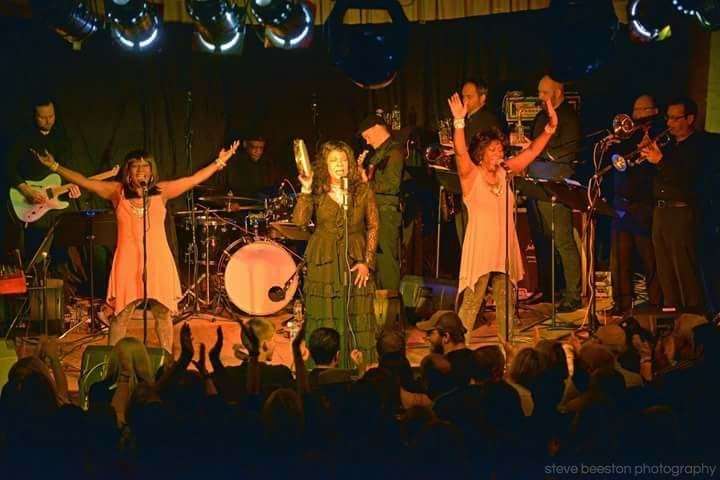 The Conservatives proposed an amendment and, after cross-party support, both the Lib Dems and the Tories claimed credit for the compromise.

The council will now compile an inventory of all publicly and privately-owned facilities in Stortford which can be used by community groups and has pledged to work with those groups to investigate what facilities could be incorporated within the wider ORL development. Also, talks with Herts County Council are planned to open up school premises to the community after lessons end each day.

The Lib Dems said they were disappointed that the URC hall could not be saved but heralded the new strategy as a vindication of their call for full consultation before detailed plans are formulated.

Cllr Goldspink said: “I'm really pleased that the Conservatives have moved their stance, and I will be encouraging all the local interest groups to join in with the discussions and planning.” Cllr Wilson added: “We know that there's huge public interest in this important project, as demonstrated by the 17 public questions at the council meeting on March 18 [when the scaled-down arts centre plans were revealed]. I'm delighted that we have helped to get the Conservatives to finally listen."

Fellow Stortford Lib Dem Terence Beckett said: “I'll be keeping a keen eye on all the proposals to make sure that all the buildings will be environmentally sustainable and built to the highest standards.”

EHC Tory leader Cllr Linda Haysey said: “I was very pleased that councillors from all parties lined up to give their support to the motion, which stressed their support of the ORL redevelopment.”

The project could now include “a community hall, community spaces and/or space for the delivery of community services”, and the council will work with the URC, which is upgrading facilities in its main building with the proceeds of sale of the hall to EHC.

Further investigations will also explore whether the cinema spaces within ORL can be designed to allow larger-capacity live performance events.

ORL delivery board member and Stortford Conservative Cllr David Snowdon said: “We are lucky in Bishop’s Stortford to have great community facilities.

"In addition to the cinema-led arts centre planned for ORL, we have a new leisure centre under construction at Grange Paddocks, plans for the refurbishment of the Markwell Pavilion, a new teenage recreation space at Castle Park and the town council investigating new sports facilities to the north of town. This is in addition to already completed sports facilities at Herts and Essex School which are open to the public.”

He has now been joined on the “key decision-making body for this crucial project” by Cllr Goldspink, but said: “She truly let her local residents down. It was only after I raised this issue at the full council meeting that she U-turned and decided to take up her place on the board."