Two people and a dog were rescued from their stranded vehicle in Bishop's Stortford early on Saturday morning (Aug 15) as Stansted Road flooded for the third time in 48 hours.

Heavy rain during the night took the total amount of rainfall in Stortford to just over 4 inches (10cm) since Thursday evening.

Both fire and rescue crews from the town's fire station were sent to the junction with Parsonage Lane, where a Volkswagen Caddy was stuck in water about 18 inches deep.

A woman, an older man and a dog were in the vehicle and were taken to dry land in a dinghy.

Herts Fire and Rescue Service tweeted: "All were rescued and led to safety by crews. Control operator remained on the phone with the passengers stuck inside delivering safety advice until crews arrived." 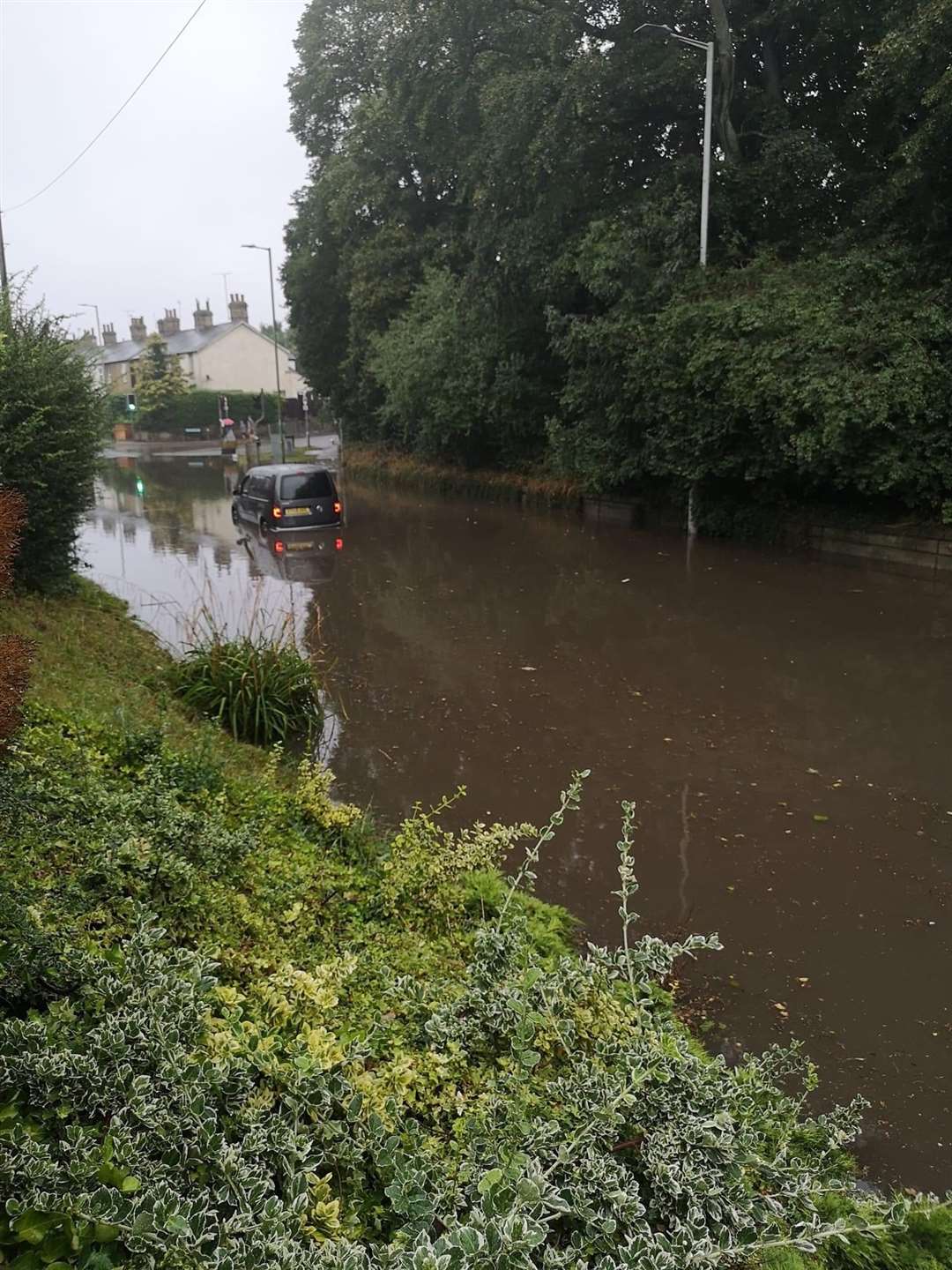 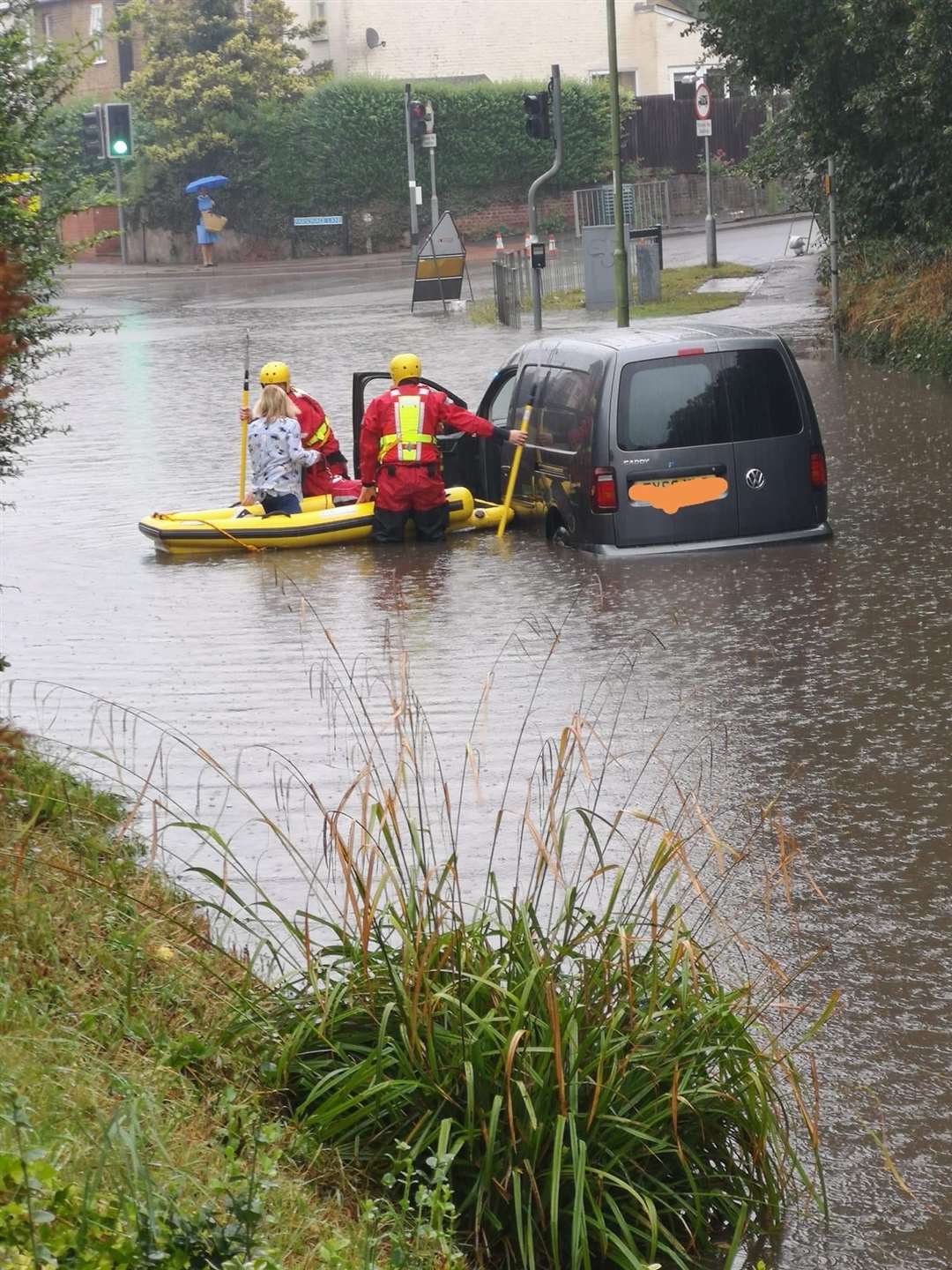 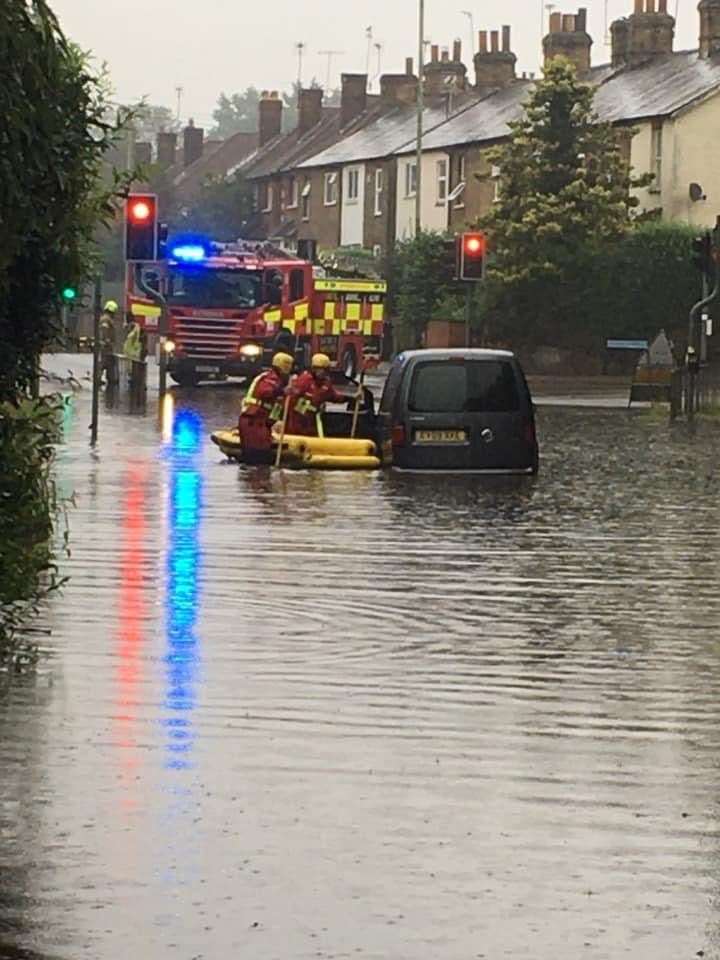 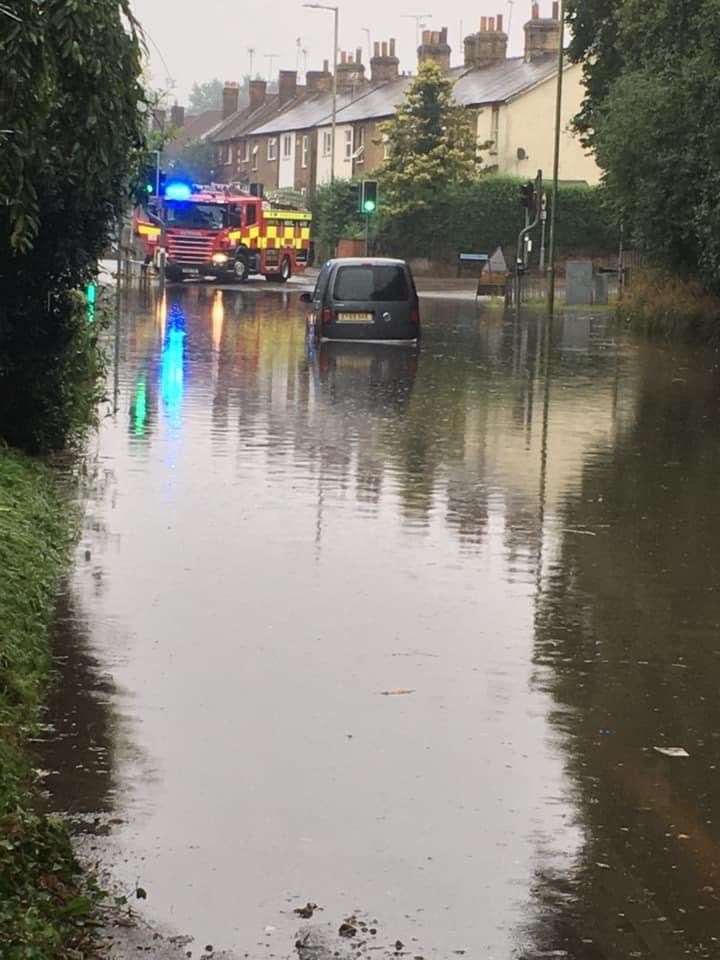 A Stansted Road resident said: "There were two passengers in the car. A lady taken first by boat, who clapped the fire service as she sat down in the boat. Then the two fire service members returned... to extract an older man.

"After the two fire trucks left, the highways trucks arrived to help drain the water and the car was towed away."

On social media, the driver drew criticism for attempting to drive through the floodwater and mockery for having to be rescued.

Stansted Road was flooded as a result of a torrential downpour during the Thursday morning rush hour and then again in the evening as a storm with thunder and lightning swamped the town, forming a lake of waist-deep rainwater at the junction with Parsonage Lane and Legions Way and catching drivers unaware in the darkness.