As thunder rumbled, lightning flashed and the heavens opened, Stansted Road was shut for the second time in the day yesterday as the deluge in the darkness left a stretch of the B1383 just south of the junction with Parsonage Lane waist-high in floodwater.

Meanwhile, in the town centre, Dane Street was shut as a result of flooding outside the Allinson flour mill while, in South Street, water near the junction with Station Road displaced by passing traffic lapped at the doors of shops, including the Shadhona Indian restaurant.

This morning there are 'Police Road Closed' signs in Stansted Road and Dane Street though both are passable with care. While only mulchy debris covers Stansted Road, there is still surface water in the one-way Dane Street.

Stansted Road had been left impassable by a downpour in the morning, and the fact that Thursday's second deluge came in the dark caught some motorists off guard.

Resident Vicki Galvin sent the Indie a picture showing a lake in the road at the junction with Parsonage Lane and Legions Way, and said that her husband had been helping stranded drivers.

"Dave's been down there pushing cars out – it’s up to his chest [it's] so deep! Loads of cars [are] getting stuck as they can’t see the flood in the dark. Nightmare!"

Sophie Mottram said that the water was up to the buttons on the pedestrian crossing lights near the Parsonage Lane junction.

Stansted Road resident Lauren Creed said during the downpour: "Thank you to the residents for waving motorists down. Crazy, but thankful to those out there now – it’s raining again! We’ve watched people all morning not realising how deep it is and getting stuck."

Lois Prior added: "Thanks to the residents for waving cars down – just wish someone would give them some 'Road closed' signs!"

Katie Horwood said: "It was crazy along there... 2 cars stranded and they were trying to push them out of the water."

With the Met Office forecasting heavy rain for the Stortford area during Friday morning's rush hour and periodically over Saturday, Sunday and Monday, motorists and residents can expect more of the same. 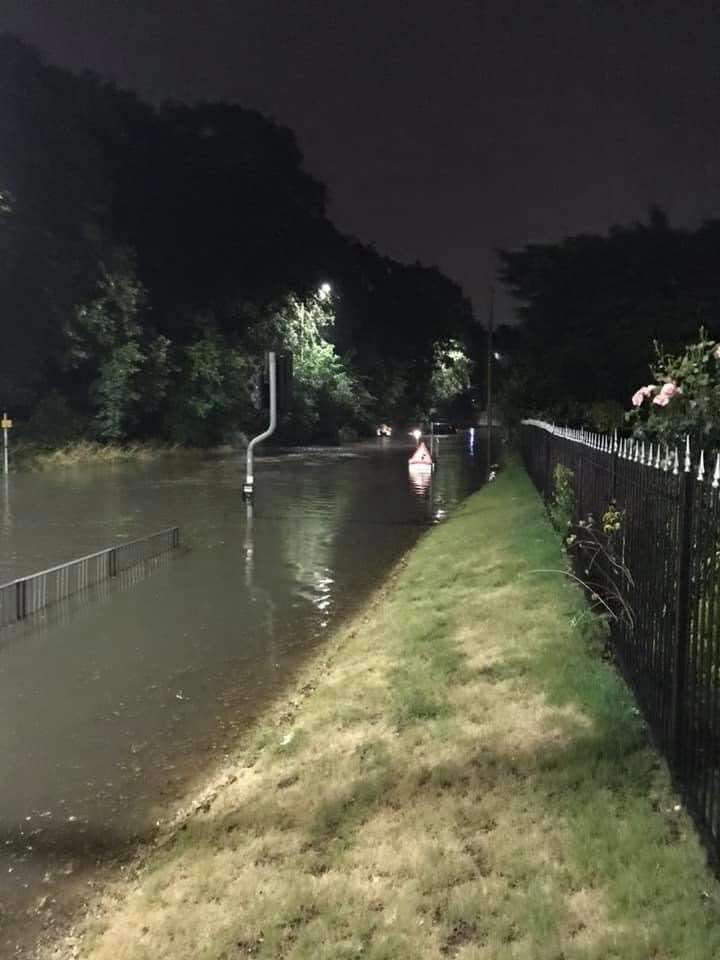 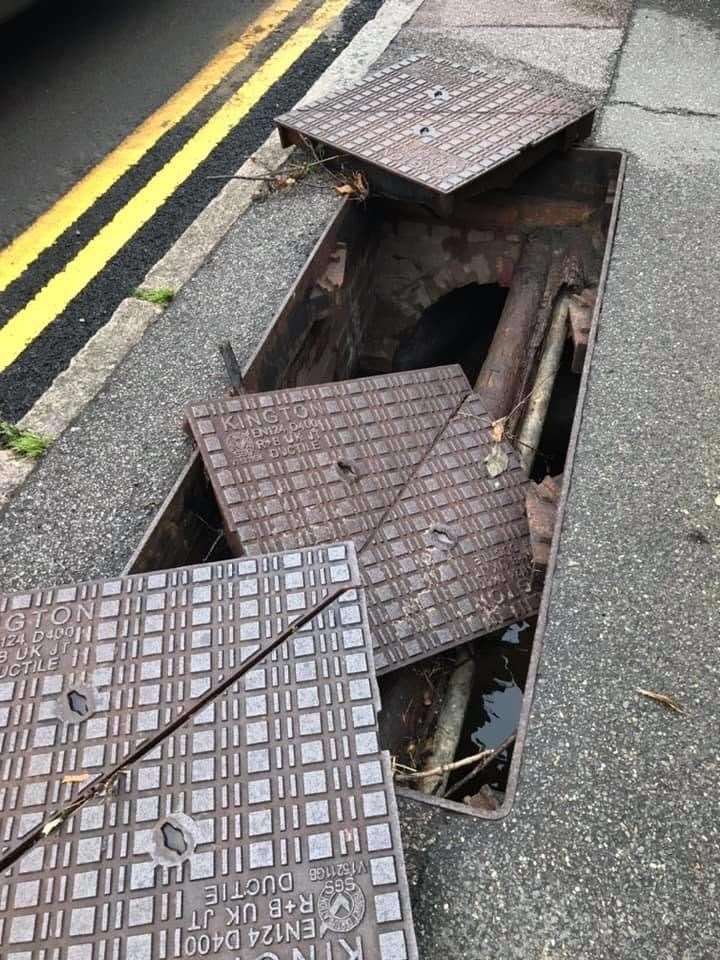 But while for some the floodwater presented challenges, for others it was an opportunity.

On the Indie's Facebook page Christian French said: "Get the fishing rod out!" Paul Blackwell added: "With the swimming pools shut though, I was never going to get to show off my new trunks." And the last word goes to Gemma Hughes: "Saves the [town] council opening the splash pool I guess."