A wave from the Duchess of Cambridge sealed a magical day at Buckingham Palace for Welbeloved Club founder Jo Gill and her mum Gill.

The pair – whose monthly Sunday lunch club has been feeding the stomachs and nourishing the hearts and minds of lonely elderly people in Bishop’s Stortford and Sawbridgeworth for 16 months – enjoyed some tasty treats themselves as they mingled with royalty at a garden party.

Instead of rustling up a hearty roast dinner and pudding for up to 90 pensioners, Gill, the club’s cook, enjoyed a selection of sweets, including strawberry cream fancies and carrot cake, and finger sandwiches of ham, mustard and tomato, carrot and cream cheese and, of course, cucumber, with the other guests.

Jo, who works at St Elizabeth’s Centre at Perry Green for people with epilepsy, wore a lace navy blue mid-length dress and navy fascinator for the big day while her mum sported a green dress and jacket outfit.

“It was so wonderful. We're still flying high as a kite," said Jo. "It truly was a surreal experience. We couldn’t quite believe we were there. Things like this just don’t happen to people like us.

"Walking through the palace gates and into the palace itself is something I’ll never forget.

"It’s fantastic that the club has been recognised in this way. We've only been running just over a year, so to be rewarded with this must mean we're doing something right. Our guests have been just as excited as us so we can’t wait to tell them all about it.”

Former Birchwood High School student Jo launched the club at the start of 2018 in memory of her great-grandmother, Doris Welbeloved. She used Sawbridgeworth’s Hailey Day Centre as the venue for up to 60 guests, but increasing demand prompted a move to the Memorial Hall, with capacity for up to 150, from last August.

Doris, who lived in Apton Road in Stortford, had to move to a nursing home in Widford after suffering a number of strokes before she died in 2004, aged 94. Jo grew increasingly concerned about the plight of those elderly people who do not enjoy family support and become isolated.

She crowdfunded cash to get the club going and received a grant from Bishop’s Stortford Town Council to support the launch.

Jo paid her own personal tribute to her great-grandmother at the garden party. “I was wearing diamonds in my ears that belonged to Doris Welbeloved – we couldn’t go to the palace without a bit of her with us,” she said.

During the afternoon, guests mingled with the royals, including the Queen and Prince William and his wife Kate, while a brass band played music including tunes from Mary Poppins and The Great Escape. The National Anthem was played when the Royal Family arrived and left.

“We didn’t get to speak to them individually but we stood just a metre away and were truly absorbed by the whole thing," said Jo. "It was so special to be standing just feet away from both the Queen and the Duke and Duchess.

"The Duchess is even more beautiful in real life. Mum and I managed to steal a wave from her as she left the palace. We were standing alone on Constitution Hill and she waved right at us as she drove past.” 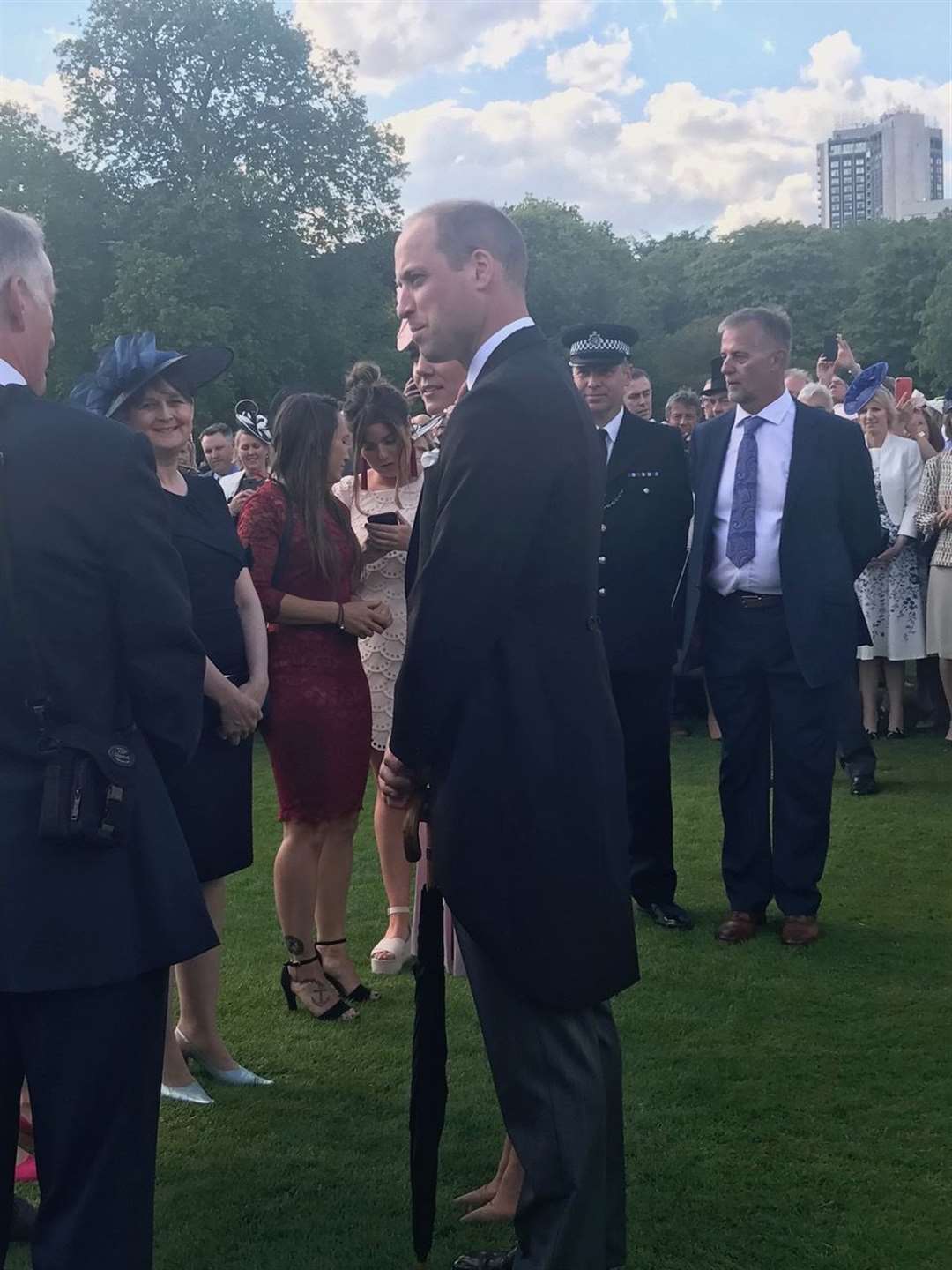 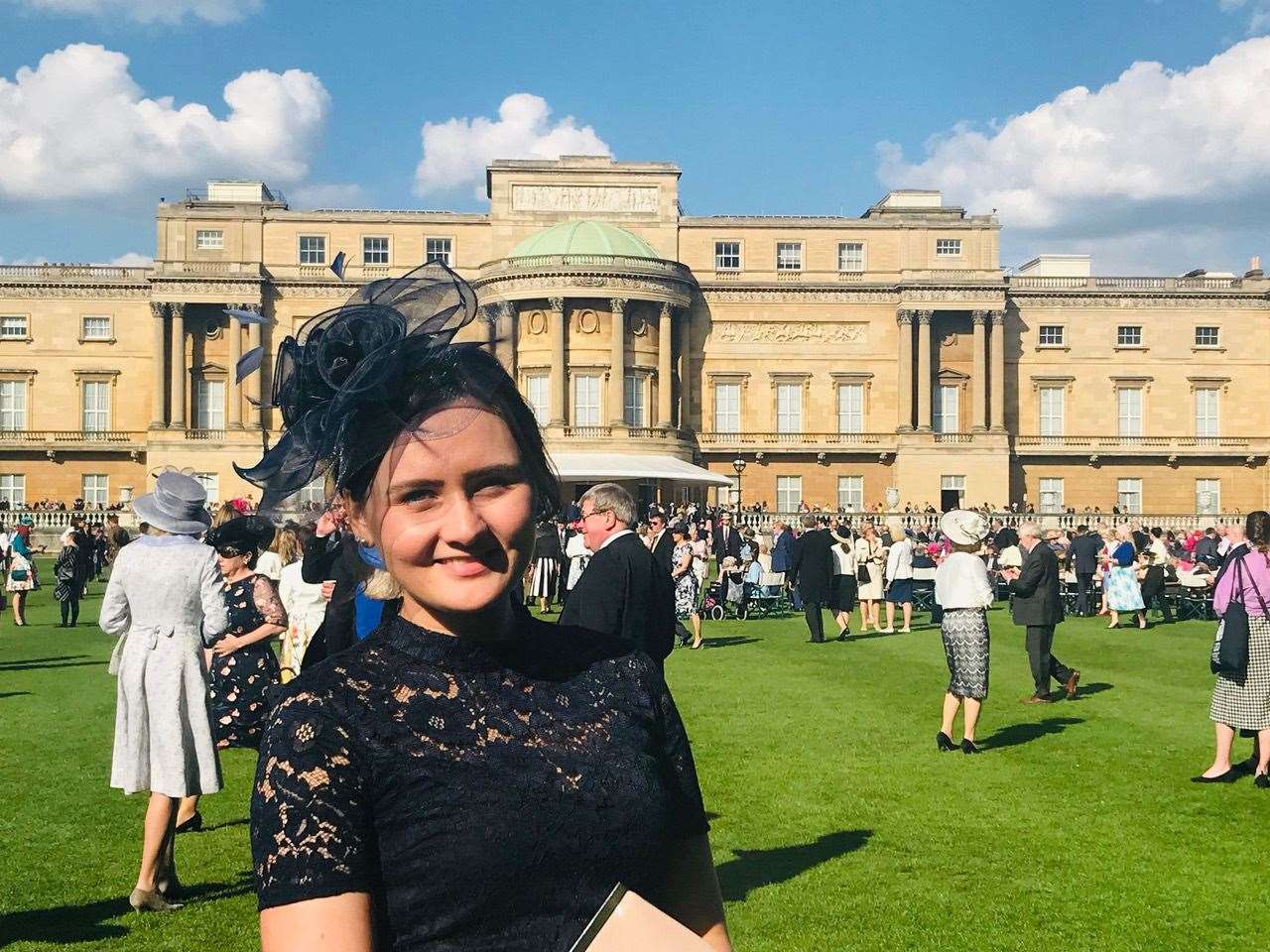 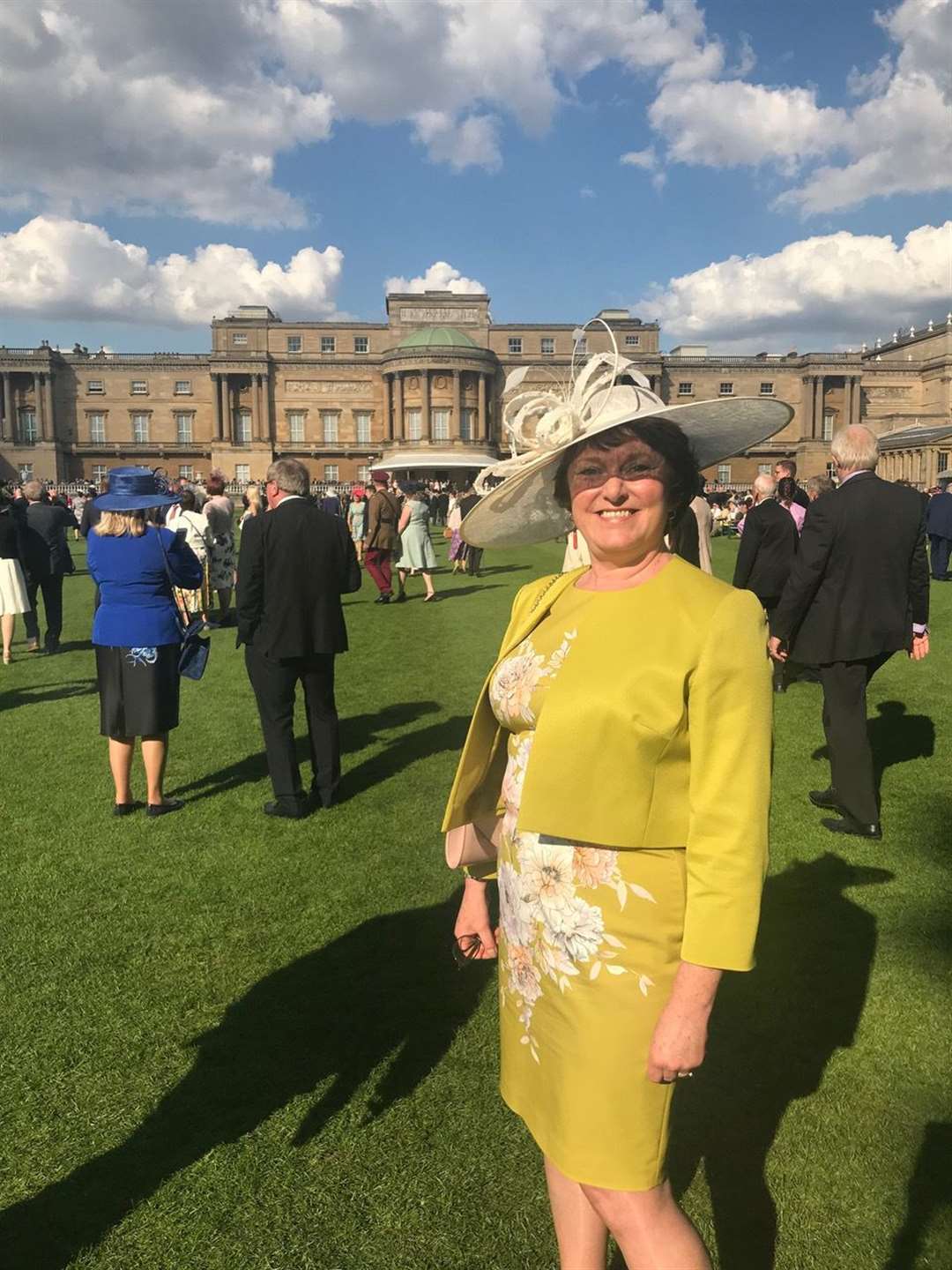