Greg Sambridge went on the kind of runs to put even the most energetic box-to-box midfielder to shame as he made a trophy presentation with a difference.

The Thorley Manor coach, who founded the youth football club in 2016, delivered end-of-season prizes to 80 delighted youngsters by using his hour of daily exercise to stop by their houses.

He totalled 46 miles in just five days, with 26 of those being done on foot and the other 20 being taken care of on his bike.

Sambridge also had to contend with the weight of the trophies he was delivering to his players in lockdown – carrying up to 20 at a time meant he had as much as 14kg on his back. He even had to adapt a backpack using pipe insulation he had in his garage to put around the handles in order to reduce the bruising on his shoulders.

He got the trophies from Create Identitee, which also provide the club's match and training kits, after the Harlow firm fast tracked them for him.

And all of the effort was more than worth it for the coach as he got to see the joy on the youngsters' faces when they saw him at the end of their driveways with a memento to put on the mantelpiece.

"Once the FA and the Royston Crow Youth League officially cancelled the rest of the season, I really wanted to do something so the children didn't miss out on their end-of-season celebration," said Sambridge, who has also been posting Quick Coach videos on the club's Facebook page and YouTube channel to give the players training sessions to work on at home.

"I wanted to give each child their trophy to really try to remind them that we are still here and are looking forward to getting back to football as soon as we can.

"Before the week began I emailed/messaged all of the parents at the club with an information sheet setting out what I was doing. Before the start of each run I posted a video to the WhatsApp groups saying what area I was going to be in, but not who I was delivering to. This created real anticipation and also a bit of a frenzy when someone spotted me and took a photo and posted that as well.

"There were some great moments on my journey, from bumping into a parent in High Wych while she was delivering for Waitrose and meeting my wife's sister and her family while my wife was on FaceTime with her – what are the chances of that? – to being clapped along while I delivered a birthday balloon to one of our players. At each delivery I took a driveway selfie which went down well when I posted into the WhatsApp groups for the parents." 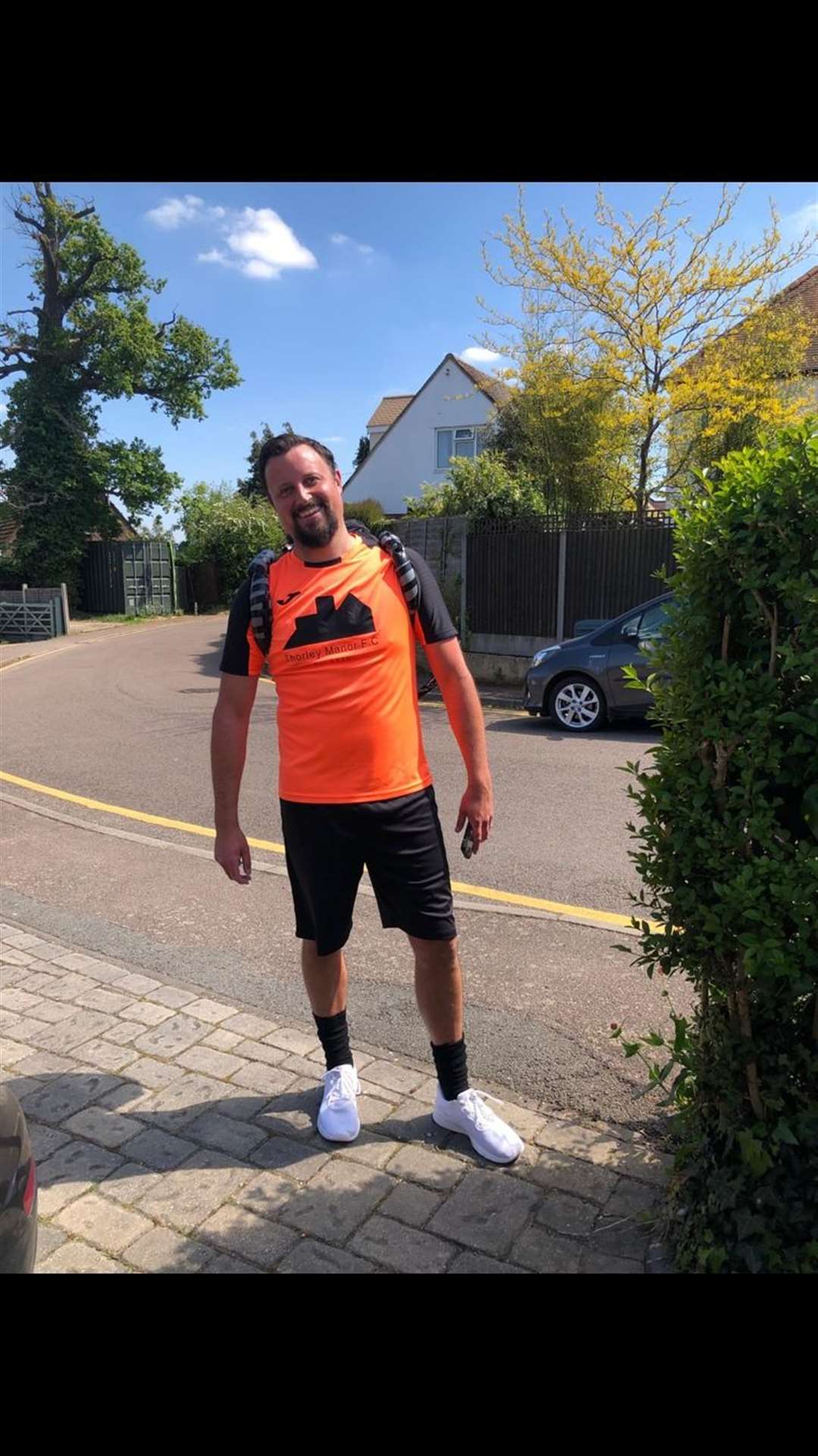 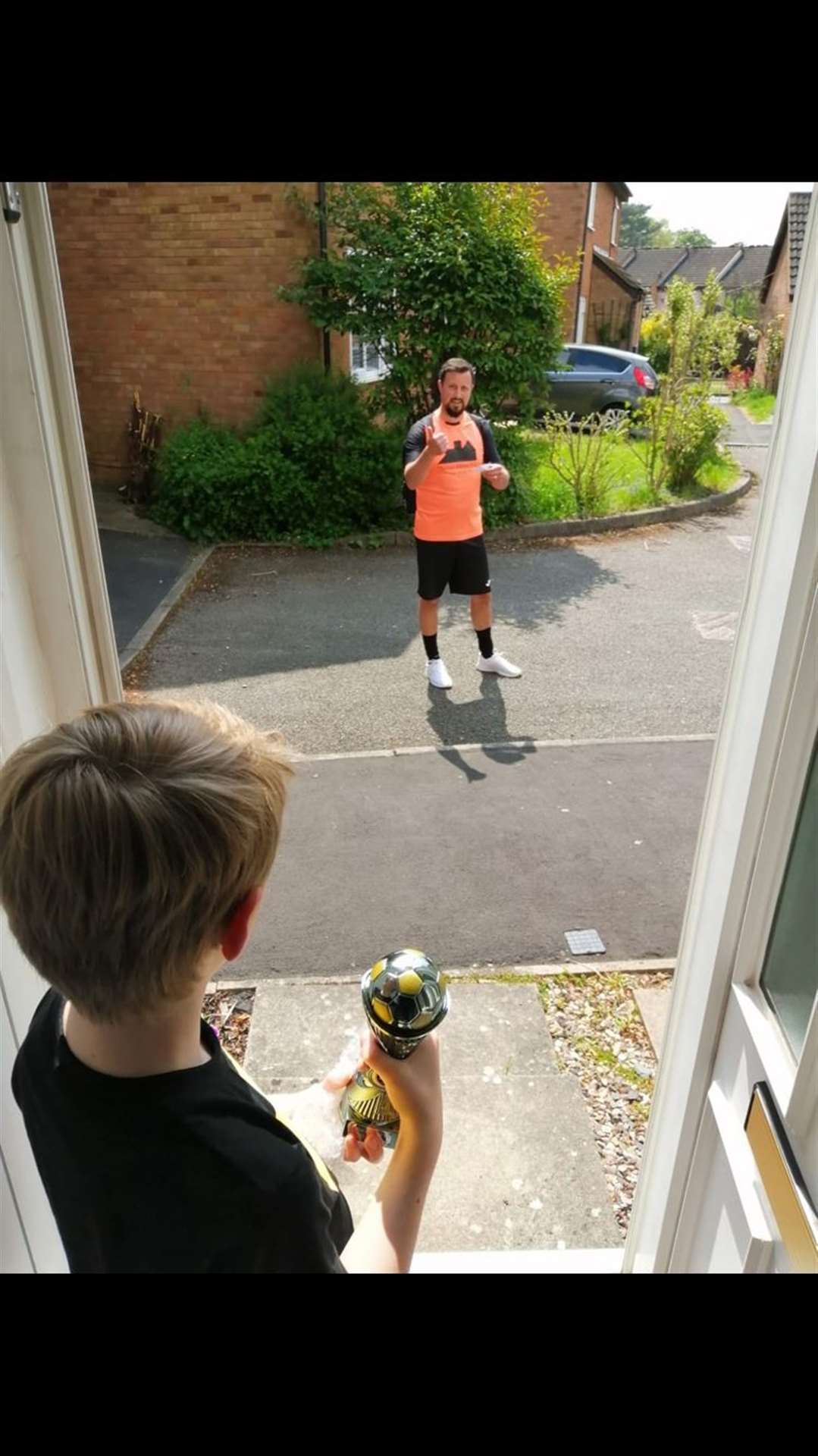 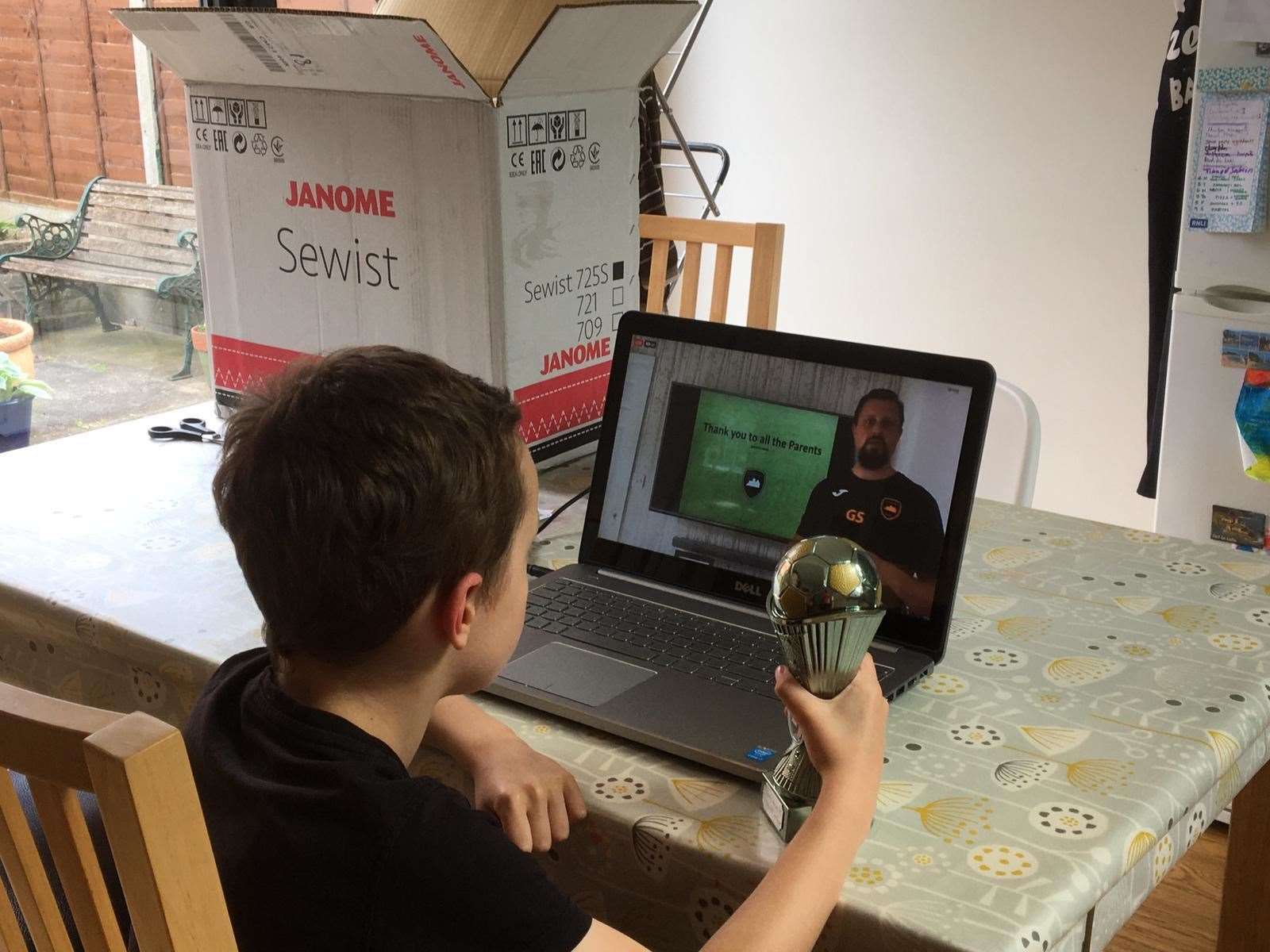 And Sambridge and his fellow coaches were not done there as they also hosted a live online presentation on Saturday so they could reflect on the curtailed season and make the children laugh with their 2019-20 memories.

It also gave Sambridge the chance to update parents on the club's plans for the future, which will hopefully include running nine teams next season.

You can find out more about the club by visiting www.facebook.com/thorleymanorfc or searching for the club on YouTube.