The club had 14 players in action across the pre-cadet and cadet events for under-15s and under-18s respectively in Sheffield.

Jessica Nunn became British champion in her first year as a pre-cadet with a faultless display, while Queenie Tancock also climbed to the top of the podium. First place was also secured by Bobby King as he remained cool, calm and collected in all of his fights.

Kacey Barnett bagged silver with a solid performance and Benjamin Nunn got the same colour medal, with his final match lasting nearly 15 minutes.

Madhi Huseinov and Yousuf Evloev both did well in their first time at this level of competition and took home bronze medals while Eliza Sedgbeer was unlucky to miss out on a medal and come fifth.

In the cadets section, Emma Nunn came through a 20-minute fight on her way to a bronze medal while Sam Eaton was also third in a tough group of 39 athletes. Iosin Huseinov showed composure to land his bronze.

Eaton took fifth place in his first time at the event, with the highlight being his victory over eventual silver medallist Tohgo Kimula.

Chloe Nunn secured a silver medal thanks to some fine performances at the British Senior Championships for over-14s.

She took less than a minute to win each of her first five contests as she produced a variety of throws, arm locks and holds before being held down by Kelly Petersen Pollard after some good exchanges.

Visit www.bishopsstortfordjudo.com to find out more about the club, including beginner classes for children, or call Nicole on 07814 556591 if you can help with sponsorship. 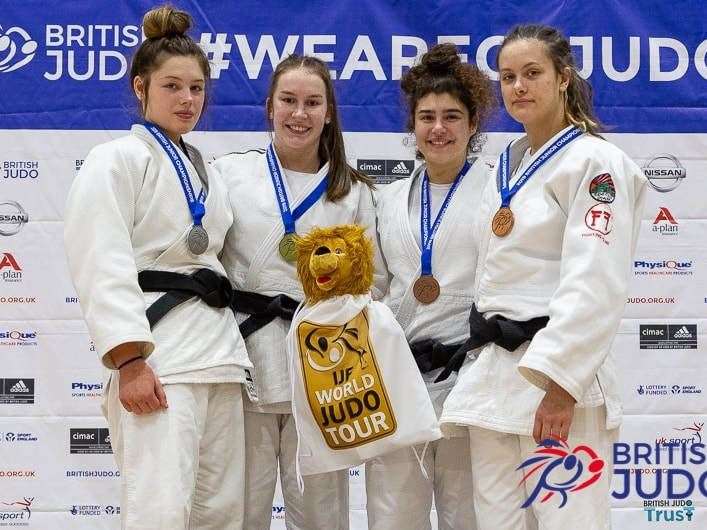