Bowie, Elton, Jagger, Richards, Rod Stewart, Led Zeppelin and The Who photos by American rock music photographer Ed Finnell up for auction at Sworders of Stansted

Original photos of rock icons including David Bowie, Mick Jagger and Elton John performing in their pomp will be up for sale at auction in Stansted in July.

Born in LA in 1956, Finnell became interested in photography at the age of 10 or 11, his subject matter turning to rock 'n' roll in the late 1960s. He attended his first concerts in 1972 and thereafter shot every major band that came through his city.

At the Pirate Sound Rehearsal Space in Hollywood, he met many performers, some of whom used his work in promotional material or hiring him for official tour shoots. In addition to publication in countless books, magazines and tour programmes, Finnell’s photos have appeared on four Rolling Stones album covers.

Signed limited edition prints of photos taken during The Who’s Quadrophenia tour, Elton John’s Goodbye Yellowbrick Road tour and Rod Stewart and The Faces’ Ooh La La tour are included in the sale. Each has a guide price of around £200-£300.

Bowie, the subject of some of Finnell’s most iconic shots, was the photographer’s favourite, his stage sets always proving “photographer lighting friendly”.

The sale includes some of his most iconic images of the rock giant, including him as The Thin White Duke from the Station to Station tour at the Los Angeles Forum in February 1976, guided at £250-£350, and as Ziggy Stardust during the eponymous 1973 tour at Long Beach Arena (£200-£300).

Led Zeppelin sets were more challenging as “the lighting was terrible – dark and evil". Nonetheless, he took some epoch-defining images of Jimmy Page and Robert Plant including those from the Physical Graffiti tour (March 1975).

In the last 49 years Finnell estimates he has amassed close to 200,000 concert negatives. He still prints his photos, typically gelatine silver prints, in the old-fashioned way in a dark room using the original negatives.

Although he has sold his prints through galleries in Europe and the US, this is the first time his work will be available at auction in the UK.

“I like auctions,” he says. “I'm an old hippie. People can buy direct from an auction house with less fees than if buying from a gallery. Gallery overheads are too high." 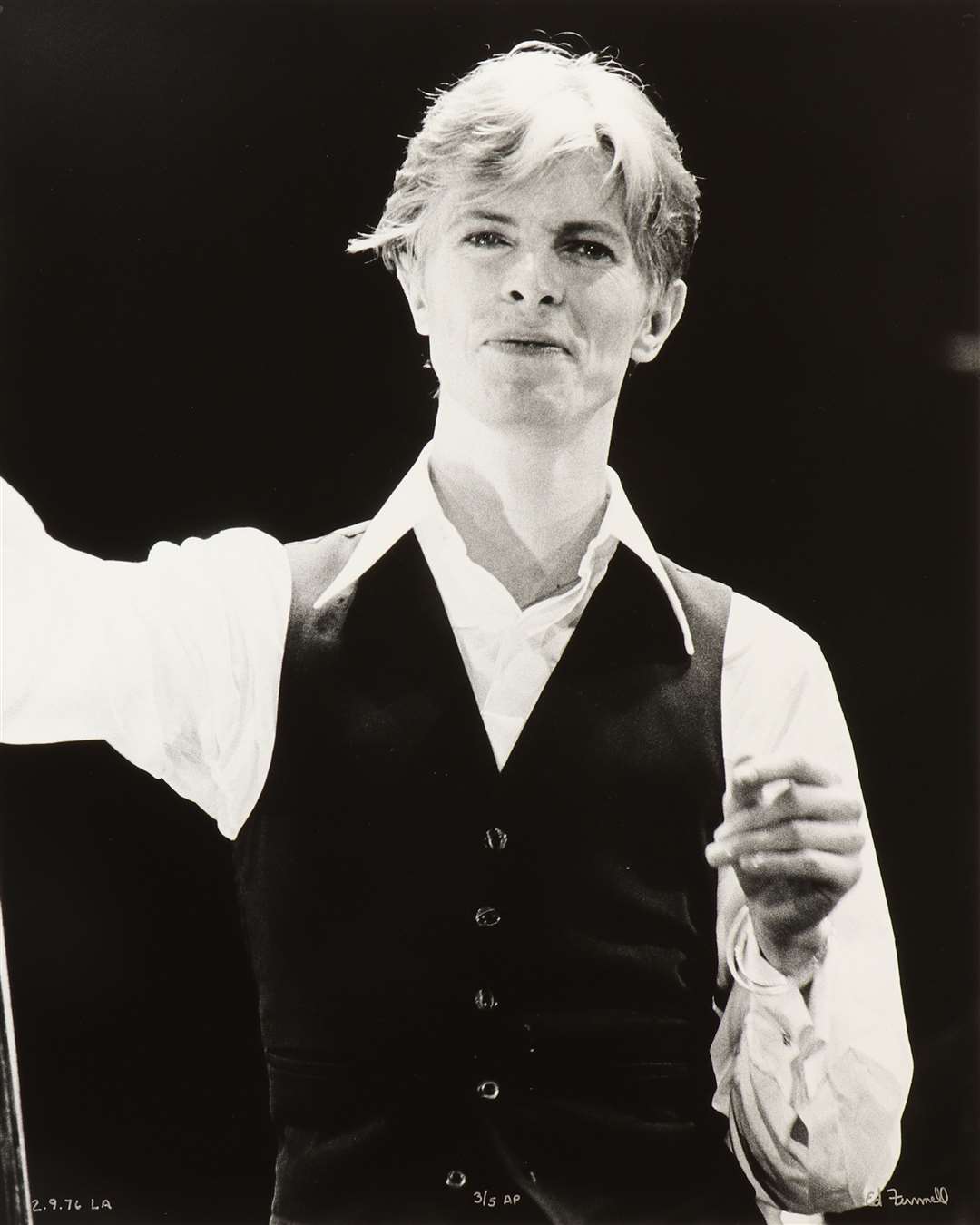