When musician Paul Richmond found himself working out in a Canadian gym with a Hollywood superstar and they began chatting, he made the most of it.

Paul, who lives in Bishop's Stortford, had turned up at the gym in Vancouver in the early hours while in the city promoting his music, and discovered it was just him and Dwayne Johnson, aka The Rock, pushing the weights.

When they got talking, Paul alerted Johnson to some of his band's songs on YouTube, and the former pro wrestler and American football star – now famous for movies like Jumanji, Fighting with the Family and The Fast and The Furious – promised to check them out.

The following day, Paul said, he met up with Johnson again at the gym, and the 6ft 5in star shouted across that he loved the song Fallen Angels.

Paul, who lives in Woodhall Grove, Thorley Park, with wife Louise and three children, will be hoping for a similar endorsement from The Rock for The Richmond Band's new single, Remington, released on the day I chatted with him.

Music has played a big part in the life of 46-year-old Paul, who caught the performing bug as a schoolboy in Ilford, east London.

"My friend Pete [Pouros] and myself used to play around Romford and also did gigs at home," he said.

There have been several bands since, with Pete still involved, playing electric guitar in the latest line-up, along with Rob Mooney (electric guitar), Darren Wardle (drums) and Chris Piercy (bass).

"We've never quite hit the big time, but it's never been for financial gain," said Paul, although the band was nominated in the LA Music Awards for Best International Performance 2008-09.

Finance did play a big part in Paul's life at one time as he worked in the City as a currency broker. He revealed he wrote one of the songs for the band – Needle – while at his City desk. 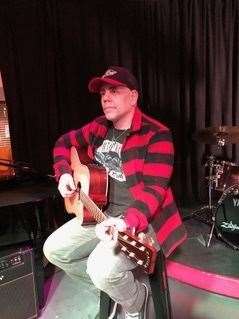 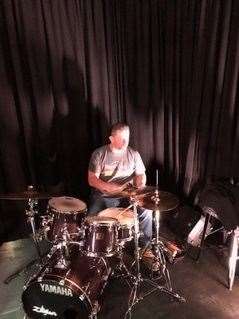 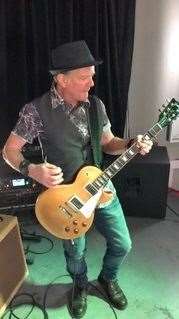 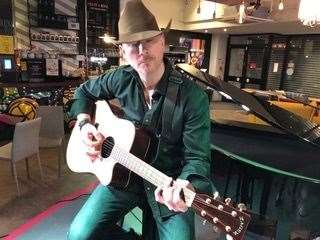 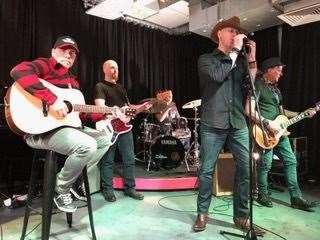 He is now all set to launch a new business called Super Brain Heroes, which aims to help children understand how the brain works.

But the music is still at the forefront of his mind and he misses playing live and touring in particular.

He recalled a manic 10-day whistle-stop acoustic tour across America, before returning with Pete.

They were in Santa Monica Boulevard, LA, promoting their music when another brush with stardom led to them playing with one of the biggest rock bands from the 1960s and 70s.

"This guy just came up to us and said 'Are you free tonight'?" said Paul. They didn't recognise anybody until they ended up supporting The Grateful Dead on stage. "In LA they do things like that," said Paul.

His love of performing is well and truly rubbing off on his three children. Seven-year-old Ashleigh is taking piano lessons from Derosa Music in town, son Jimi, 10, is a ballet dancer, while eldest daughter Jessica, 15, plays piano and acoustic guitar.

The family went to a festival in Dagenham a while back and Paul said the children loved it. He now has the Boardmasters festival in Newquay, Cornwall, which combines music with surfing, in his sights for next year.

In the meantime the release of the single – and the subsequent first album from the band – occupies his mind and he was pleased to report the first sale was to a friend in South Africa.

When asked the most difficult of questions for a musician, he describes the band's music as rock/country with a little bit of Fleetwood Mac and a sprinkling of Matchbox Twenty.

Although lockdown has been difficult he appreciates how much luckier his family are than others. He also believes the pandemic could usher in a new era of technology.

"With technology going the way it's moving, virtual reality will mean we'll be at home, but it will feel like you are in a concert hall."