Twelfth Night: 'Joyous outdoor production by talented amateur company was brilliant in every way that matters'

Transposed to a modern-day holiday resort, it opened with instructions from the “head of compliance” (director Richard Pink) which managed simultaneously to inform and to satirise the tortuous one-way systems that places have had to introduce. But this talented amateur company relied only sparingly on contemporary interpolations (like references to sponsorship by Premier Travel) to make us laugh.

Kicking off with the shipwreck, the script from stranded Viola’s “What country friends is this?” onwards was (mostly) Shakespeare’s, albeit shifted from Illyria to Marbella, with a crowd of cheerfully screaming kids running through and waving inflatables between scenes.

Hannah Juggins as Viola was throughout an upbeat, likeable anchor for the plot. The humour came mostly through a simple and lively clarity about what the characters were saying and why. I have seen Twelfth Night dozens of times and can honestly say I have never laughed so much.

Twelfth Night has such an excess of foolery that it has two fools: Cat Quigley played Fabian (here Senõrita Fabienne) with wit and conviction while Paul Winspear as Feste had just the right balance of jest and melancholy. 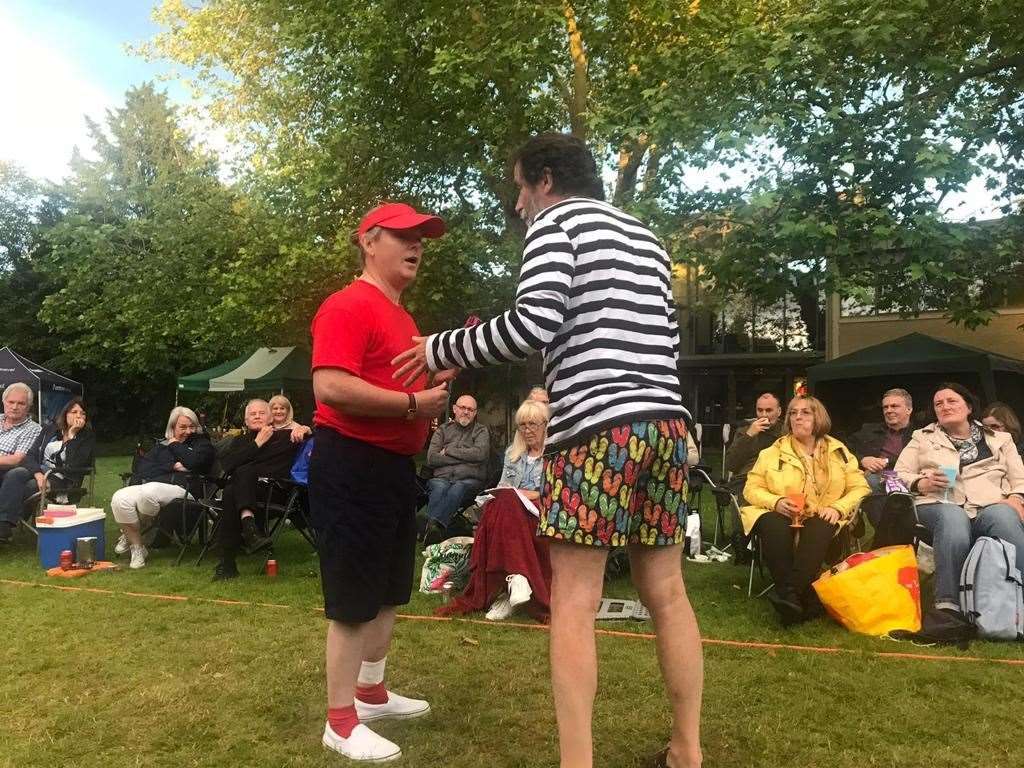 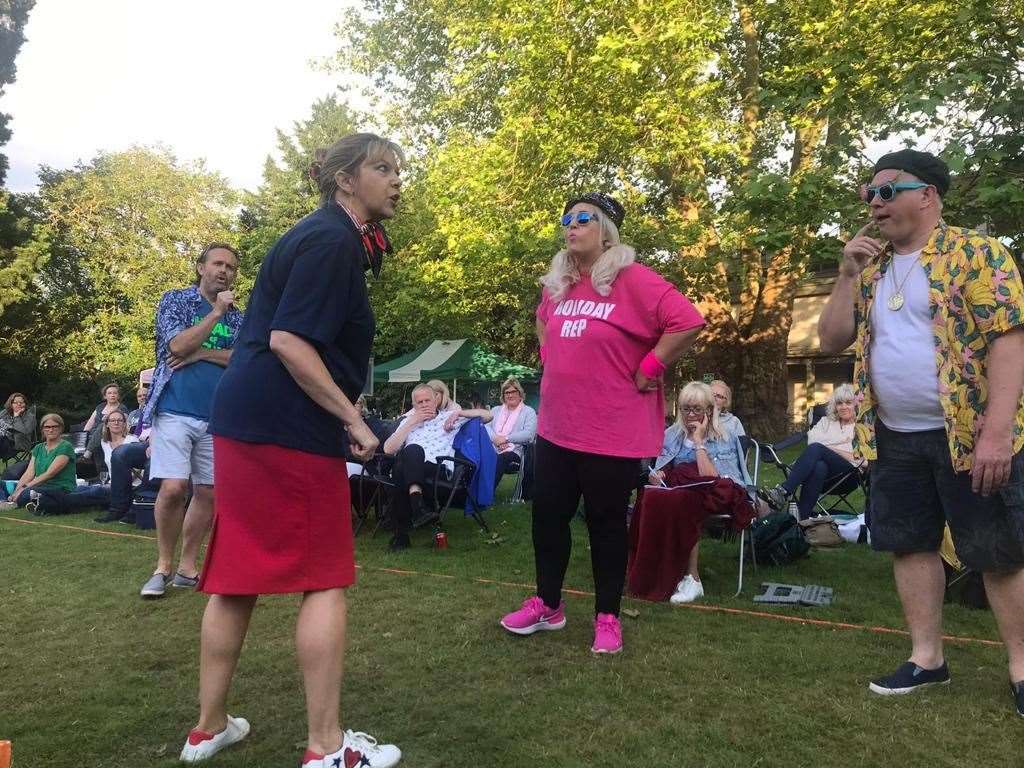 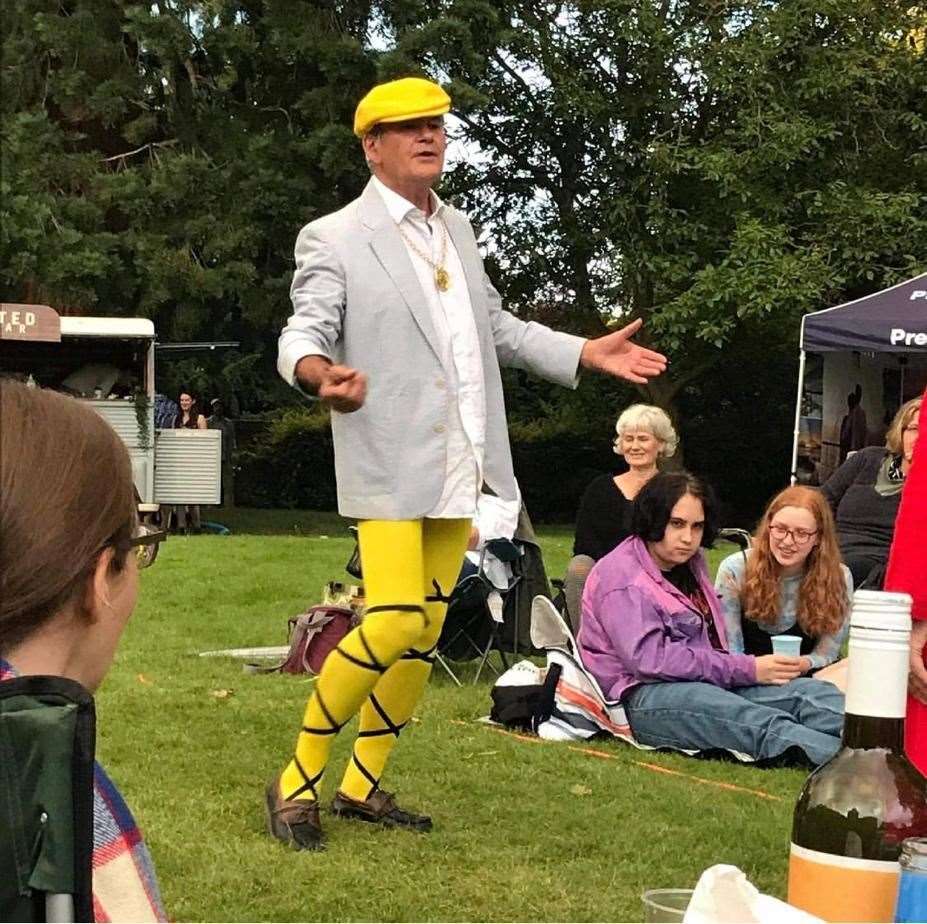 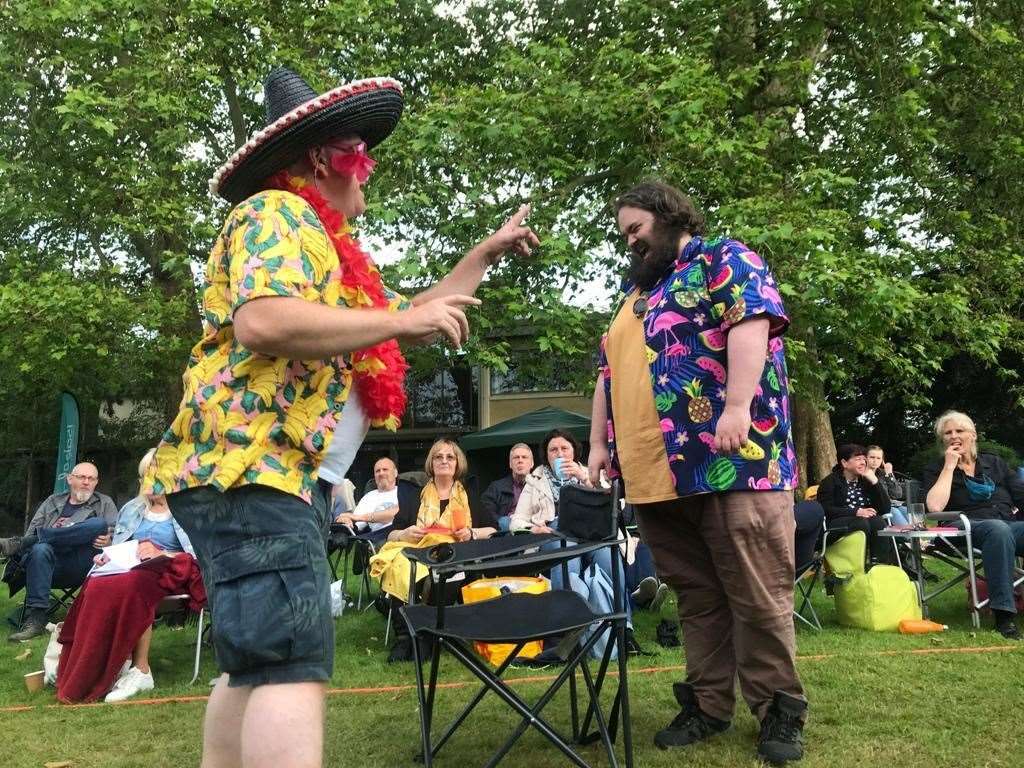 Charlotte Pritchard was a believably capable Maria (“my lady’s head of catering”) and had some fine ensemble comedy collaborations with the reeling drunkenness of Sir Toby Belch (Will Jamieson) and the fabulously lisping uselessness of Sir Andrew Aguecheek (Andy Roberts). The scene where Maria shifts from professional disapproval to mischievous scheming as she is drawn into late-night carousing was staged with panache.

It was not only the comic characters and clowns who made us laugh. Nancy Jones as the lovestruck Countess Olivia and Matthew Juggins as the self-dramatising Count Orsino were also engaging.

A virtuoso turn by Amanda Green as Madam Topas the priest, seemingly picked out of the audience at random, made sure the play did not flag towards the end.

As did Michael Beavan as Sebastian and John Bell as an excellent Antonio, the poignancy of Antonio’s desperation when he thinks he has been betrayed by his friend contrasting with the slapstick security officers chasing him.

There was a stand-out performance from Granville Rush as Malvolio, the Lady Olivia’s steward. Whether starchy in pinstripes or flirtatious in yellow tights (a scene that is usually more excruciating than hilarious), he turned in a laugh-out-loud portrayal of pomposity brought low by its own self-importance. Shakespeare’s own hatred of the theatre-closing Puritans fuelled his portrait of Malvolio and this play recreated the bard’s championing of human joie de vivre even in a time of plague.

Of course, it helped that it was all safely outdoors, that the weather was fine and that we could bring our own wine (or buy it from the Twisted Cellar van). For many of us, this was the first live theatrical performance we have seen in over a year. But none of that should detract from the cast’s achievement.

This may not have been a flawless production, but it was brilliant in every way that matters.